Free Speech in the Internet Age: America Needs to Have a Conversation

Free and productive public discourse requires that we understand how our forums shape our conversation and its regulation. 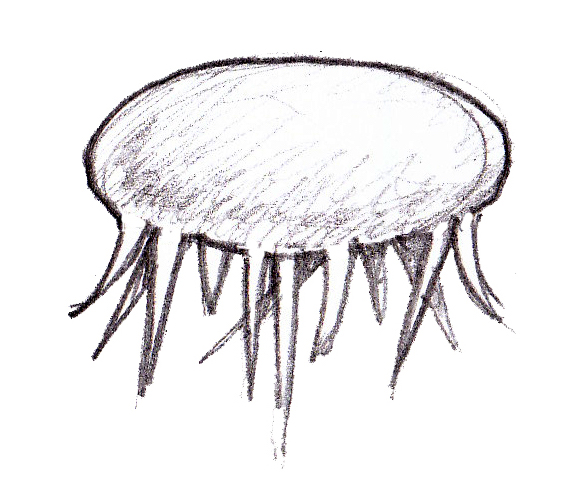 “We are living Orwell’s 1984. Free speech no longer exists in America. It died with big tech.” Donald Trump Jr. thinks so, anyway, and he tweeted as much to his 6.5 million Twitter followers after his father, former President Donald Trump, was permanently banned from the platform earlier this year.

Trump Jr. is not alone in the view that freedom of speech in America is under siege and that big media is working to undermine the expressive liberties of political conservatives. Social media has become the primary forum for public and political discourse in the modern era. This raises questions about how much control the owners of these forums should have over our speech, especially given the extent to which political discussion is shaped by the forums that enable it.

In the run-up to the 2020 election, many social media companies revised their content regulation policies, particularly regarding disinformation. Twitter began flagging or removing posts that contained false or disputed claims about the election; similarly, Facebook added warning labels to posts which denied electoral legitimacy.

Following the Capitol riot, in which five people were killed, Trump was banned from a number of social media platforms. Most notable was Twitter, Trump’s preferred mouthpiece throughout his presidency, which permanently suspended his account, citing its concern about “the risk of further incitement of violence.” Twitter has also begun cracking down on numerous Trump supporters for violating its civic integrity policy, which subjects users who repeatedly cast doubt on election integrity or discourage voter participation to permanent suspension.

All this fuels an idea that’s steadily gaining traction among the right: that their voices are being silenced by social media corporations who wield a dangerous amount of power to decide what kinds of political ideas can be expressed.

While this is an issue whose effects are prima facie partisan — those who have been censored or banned from social media in recent weeks identify almost exclusively with right-wing politics — questions about the security of free speech and about who can regulate it should inspire bipartisan concern.

There are few straightforward answers here, and a lot of questions. When I first pitched this article, I had in mind a pretty clear opinion piece in which I would debunk the idea that recent social media censorship represents a true infringement on First Amendment rights and then discuss concerns about the power of social media corporations to regulate political discourse. Ultimately, I’d arrive at a conclusion that would inevitably have come across as a bit bombastic and overblown.

But I simply couldn’t come up with one. And after sitting down with William Roberts, Associate Professor of Political Science at McGill University, I grew far more interested in how we can situate the events and the debate currently unfolding around free speech as a result of the structures that shape and enable political discourse in the digital age.

Hand-in-hand: as forums change, so do discourse and regulation

Professor Roberts, who studies the history of political thought, told me that socialist governments in the early 20th century were “greatly concerned with expanding literacy” in order to facilitate and elevate public discourse. He cited Lenin, for example, as arguing that “without literacy, there can be no politics, only rumours, gossip, fables, and prejudices.”

This ideal of open and enlightened public discourse is also valued in most liberal democracies and is arguably one of the main reasons freedom of speech is enshrined in the American constitution. But choosing the best forum to realize this ideal isn’t easy, and in the past 30 years alone, the way our speech is regulated has changed as drastically as the ways in which we express it.

Roberts recalls the very “bonded public sphere” of the pre-internet age, wherein ordinary people were generally limited to letters-to-the-editor, call-in radio shows, and going on television if they wanted to contribute their views on something of public importance. All those platforms, Roberts adds, were ones where “if something was said that was libelous, defamatory, or had the potential to incite violence, somebody was legally responsible for having published it.” He acknowledges that this system was imperfect — it was “an incredibly restricted sort of public discussion, and lawyers would shut down all kinds of things that you might wish were being talked about. That world doesn’t exist anymore.”

He contrasts this bygone era with the modern one, in which “the internet functions as a private public sphere.” Our public discourse has moved online, and political conversation among the people — and even sometimes between the people and their government — occurs primarily on social media. Anybody with an internet connection can contribute to public discussion. But for Roberts, although we’ve opened up the public sphere for more participation, “it’s not obvious that what we’re getting out of this is improved awareness, literacy, and conversation.” Where we want discourse, we often just get noise.

Furthermore, nobody is really responsible for what’s published on our online platforms, least of all the corporations that own and provide them. One of the questions in the current debate, Roberts says, is whether social media companies should be liable for what users publish. Such a move would inevitably increase censorship from these companies, and Roberts and I share a sensitivity to concerns about unelected billionaire CEOs wielding the unchecked power to regulate speech. I also agree with him that there’s value in having some forums “where you can speak and write without there being content moderators.” But, at the same time, Roberts thinks fears of Orwellian censorship and the death of free speech are exaggerated; at worst, more censorship would just mean a return to the pre-internet age.

It’s really difficult to reconcile the two main arguments in this debate. On one side, some speech has the potential to incite violence or provoke lawlessness and civil unrest. Such ideas aren’t protected under the aegis of the First Amendment, and there’s fear about letting them be expressed with total freedom. On the other side, there’s fear about growing censorship and letting unelected social media CEOs with various agendas decide who is free to say what. Roberts says he “suspect[s] that there’s a hyperbolic portrayal of the situation on all sides,” but of course, there’s a real issue to be addressed here.

If we’re not comfortable letting either unelected CEOs or elected officials regulate our political speech and public discourse, what’s to be done? “Traditionally, the mechanism we’ve relied on is courts,” Roberts tells me; that’s where disputes about speech and censorship are usually resolved. But this is tricky today, he notes. For such a system to work, it must be the case that everybody sees the law enforcement mechanisms, the legal system, and the courts as fair adjudicators of conflicts and equally available to everyone.

“I think this is part of what’s going on right now,” Roberts says. “In the absence of a process that everyone trusts, the conflicts over what people can say and where they can say [it] get magnified because there’s no fallback position. I think part of the issue here is that there’s massively decreased trust in the system.”

Ultimately, all I can conclude is that the free speech debate is important in more ways than one. Naturally, concern about preserving our freedoms and deciding who we want to regulate them should be universal. But as our modes of expression change, so must our thinking about what free speech does, or should, entail. At its heart, this conversation reveals a bigger problem: the absence of a forum for discussion and resolution of disputes that everyone recognizes as reasonable and fair. Until a system exists in which everyone can have confidence and trust, America’s hopes for rational public discourse and reasonable disagreement look slim — or at least, they’ll be hard to hear above the rumours, gossip, fables, and prejudices.