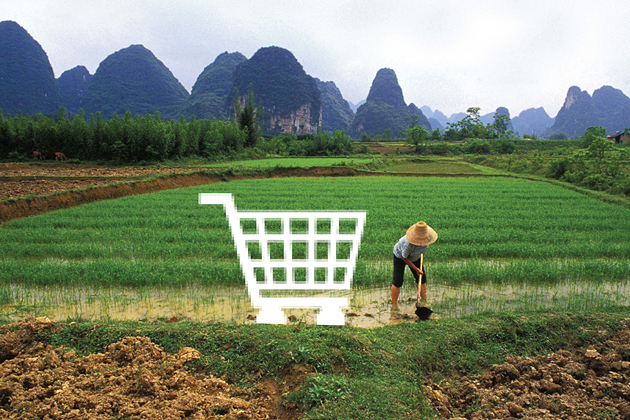 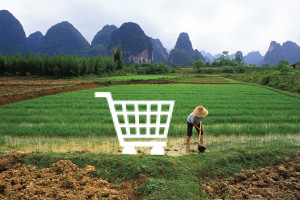 Alibaba Group’s e-commerce subsidiary Taobao, or “treasure hunt” in Chinese, has become increasingly popular and successful over the past two years. In late 2013, there were only 15,000 active merchants on the Taobao site, which is commonly referred to as a Chinese equivalent of eBay. Within a year, the number skyrocketed by almost fivefold; AliResearch reports that there are now some 70,000 sellers who have their own businesses on this largest online shopping platform in China.[1]

Likewise, the number of “Taobao villages” has multiplied at an exponential rate from 9 in 2009 to 211 in 2014.[2] As provided by AliResearch, the research firm at Alibaba Group which also owns Taobao, a “Taobao village” has three defining characteristics[3]:

Notice that these are called Taobao “villages”, not Taobao “cities”. What is unique about this young, burgeoning industry is that it stems from rural villages where traditional agriculture or handicrafts dominate livelihoods. In Bishan, a village of 2,800 residents who are mostly farmers, twenty-six-year-old Zhang Yu opened an online grocery store to sell fresh, traditionally grown produce of her region. According to Zhang, in an area where the average monthly household income is only about $99, farmers selling produce online can increase their income by a third.[4]  One of the biggest assets of Taobao is that it doesn’t require an extensive set of skills or qualifications like many other high paying jobs – if one has rudimentary computing skills and a delivery method (often by motorcycle)[5], opening a shop on Taobao is fairly easy. An online shop open to customers from across and outside of China will give the owners an opportunity to become successful entrepreneurs. In other words, it means that the relatively inexperienced, under-educated rural residents may have the ticket out of poverty.

In a similar fashion, the youth who migrated to cities from rural towns in search of employment are now returning home. Take the case of Xu Zhuangbing. Xu is a hometown boy of Junpu village, which relied on a heavily polluting food-processing industry for income just a couple of years ago. Although Xu had initially moved to a nearby urban provincial capital, Guangzhou, where he opened a shop on Taobao, Xu decided to return to his village after quickly realizing his business could be managed just as easily at home. Junpu’s transition to online business took off as Xu first paid off his entire family debt within a year, hired fifteen employees, and teamed up with the local government to build up a “Taobao university” where students are taught computer skills and customer service for free. Now Junpu village is one of the 211 Taobao villages in China. “We should pay closer attention to ‘Taobao villages’ in the long term,” said Qiu Zeqi, director of the Center of Sociological Research and Development Studies at Peking University. “They are a transitional stage in [China’s] agricultural and rural modernization.”[6]

The online market whose access is no longer limited by physical marginalization taps into the rural buyer population as well. Statistics from China Internet Network Information Center say indicate that an estimate of 649 million Chinese engage online, more than a third of users (nearly 200 million) from rural areas.[7]  By catering to those who do not have ready access to department stores or retail chains, online shopping provides a new channel for domestic consumption and revitalizes small scale economies outside of urban metropolises. “[Taobao] is bridging the gap between people’s aspirations and what is locally available offline,” said Yougang Chen, co-author of the report on China’s E-Tail Revolution.[8] Evidently there is an enormous potential for narrowing China’s urban-rural income gap as it brings the benefits of China’s booming e-commerce sector to the remotest regions.

Taobao’s successful business model is motivating Alibaba’s competitors to step up their games as well. Tencent Holding Ltd., one of China’s largest Internet firms, says they are working on a barrier-free technology standard that will allow its Internet-related products on mobile devices to benefit disabled people and the elderly.[9] JingDong Mall, another e-commerce giant, took a different approach by recruiting more than 3,000 online shopping promoters in rural areas to help them advertise. Seeing an economical advantage in Internet’s accessibility and ubiquity, China’s governme 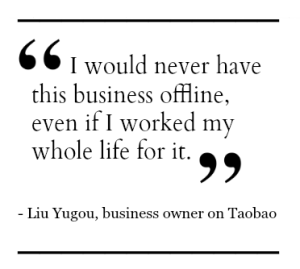 nt also took on a role.

In his recent government report, Premier Li Keqiang introduced the “Internet Plus” action plan, which encourages development of e-commerce industry, industrial networks and Internet banking, and increases global presence of these Internet-based companies.[10]

Meanwhile, Alibaba announced in October 2014 its plan to build at least 100,000 Taobao villages in China in the course of three to five years.  Initiatives to increase villages’ capacity for consumption are as such: investing in national delivery companies to increase delivery accessibility for rural areas [11] and offering financial consultations through a Taobao-affiliated Ant Financial Services Group [12] If accomplished, this is speculated to amount to a transaction volume of $160M every day on Taobao.[13] However, Alibaba will have to take into consideration the diminishing return on the marginal profits[14] as more shops open and competition drives down prices.