From Free to Fair 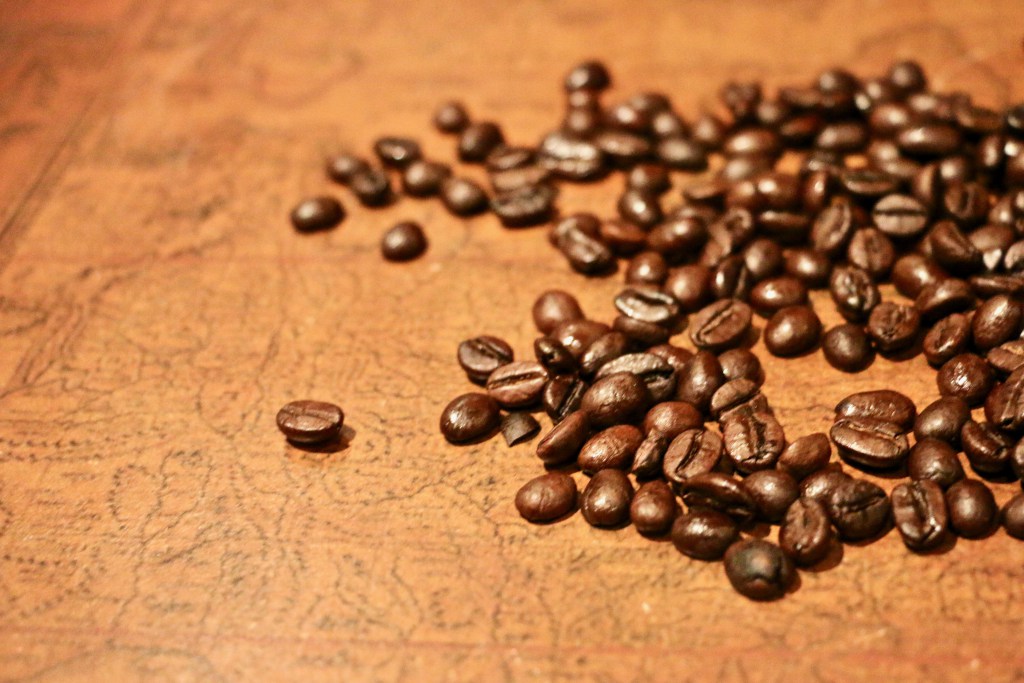 The wake of the sixth round of NAFTA negotiations in Montreal has seen American farmers rooting for the success of new free trade agreements. These farmers are convinced that Canadian protectionism of poultry and dairy products is harmful to US markets and consumer demands. On the other hand, the Canadian government wants to protect small Canadian farms from the dangers they would face from the lower prices of imported American goods and has thus chosen to follow more protectionist policies regarding its domestic agricultural goods. This ongoing debate is underlined by the equally-ongoing discussion of the benefits and harms of free trade on small businesses. Local companies and enterprises seem to be the ones that truly illustrate the inherent problems of free trade, as at most times they are the ones most hurt by free trade policies.

Free trade encompasses policies that allow for open-market trades across countries. Such policies mean that there is no bias and unfairness when it comes to imports and exports; therefore, governments should not apply tariffs, import quotas or currency restrictions, nor prohibit certain goods from entering the domestic market. Free trade thus also implies the inability of governments to create monopolies or interfere in the natural flow of world markets, all the while promoting access to said markets.

Adam Smith argued for the necessity of free trade. He believed that labour should be specialized worldwide, with different countries producing different commodities. Thus, Smith asserted that without boundaries set by countries with protectionist policies that would otherwise restrict the free flow of goods, countries could all work together to allow for the creation of goods, produced and distributed worldwide. David Ricardo also argued in favour of free trade, as he saw that with cooperation, each country could focus on the competitive industries that could offer them comparative advantages over other countries, thus increasing overall economic growth worldwide. Free trade has hence been believed, by mostly the liberal spectrum of ideology, to bring great advantages to both importing and exporting nations. Canada, being part of NAFTA and having further signed several free trade agreements such as the TPP (Trans-Pacific Partnership) and the CETA (Comprehensive Economic and Trade Agreement) with the EU,  is a trade partner with at least forty other countries worldwide. Furthermore, Canada is part of the WTO, an organization which facilitates free trade by conferring the MFN (“most favoured nation”) status, which ascertains equitable treatment between countries and thus makes free trade easier for the member states.

Nevertheless, despite the apparent advantages that free trade seems to provide towards the growth of countries, this manner of international commerce has raised a lot of ethical questions in the past century. Not every producer in the countries involved in such free trade practices is convinced of the overall good that free trade brings to both the countries importing and, most importantly, to the countries exporting a certain good. Small local companies now have to face competition with goods imported from countries where production costs are low; thus, their consumer prices are lower than the product sold by local businesses. This greatly harms their profits. Furthermore, in order to sustain this price advantage, countries engage in a ‘race to the bottom’, wherein the countries that are less developed economically will, for example, lower or abolish the minimum wage, leading to low pay, forced labour, child labour, and poor working conditions. Adding to this, adversaries of free trade argue against the multinational corporations that take advantage of the low wages in said countries, in order to increase their profits and sales worldwide. In effect, such countries without the economic world power to sustain themselves against their trading partners have to trade off human rights in order to sustain a position in the world-trade stage.

Thus, fair trade comes into the narrative of world trade policies. Fair trade advocates for the bettering of working conditions in developing and developed countries alike, alongside the increase in wages and the application of human rights in labour, thus making sure that said workers are fairly compensated for their labour. According to the World Fair Trade Organization (WFTO), the main principles of fair trade range from ensuring that child labour is not used in the making of the product, to establishing safe working conditions and fair prices, fighting discrimination and inequality, and respecting the environment. With 150 organizations from developing countries whose internal economic situations are made worse with the existence of free trade, the WFTO seems to be a force to be reckoned with, fighting against the miseries brought by free trade.

Fair trade is not an economic ideology that only concerns developing countries and the organizations based on them alone, though. It is the large, economically developed countries that profit from free trade who are targeted by such fair trade organizations as the WFTO, since these are the countries that would import the majority of cheap products coming in from the Third World. The demand for cheap labour comes from the developed nations that import the cheap products. It is thus a conscious decision that should be made on the part of developed nations to fight against the negative consequences of free trade. How would such a change be done, though? Education is integral to changing public opinion on the subject. If consumers realized the free trade, capitalist-led pressure forced upon developing nations to ensure their place in world trade, they would be more likely to adjust their demand for free trade goods to fair trade ones.

Dairy and poultry products, as already seen via the NAFTA disputes in Canada and the USA, are not the only goods that have sparked free trade debates in recent years. Coffee is also a centrepiece, unveiling various financial and ethical dilemmas associated with its trade. Coffee is a good of high import frequency in Canada. In 2015, Canadian imports of coffee (not roasted and not decaffeinated), reached about $800 million from over 30 developing countries worldwide. Nevertheless, not all of this coffee imported was grown in fair trade conditions. As implied earlier, Canada generally imports free trade coffee in response to demands for cheap coffee from Canadian coffee shops and coffee consumers. But again, as aforementioned, this trend for cheap coffee beans could be altered if this demand were refined at its roots.

I sat down with the co-founders and co-owners of a new coffee shop in Montreal, the Anticafé LocaL. This anti-coffee shop, where you pay for your time and not for your consumption, is based almost entirely on locally made goods and locally roasted coffee. The catch is that their coffee is fair trade only, and the owners themselves are trying to raise awareness of the positive effects of working with fair trade produce, as well as the advantages of helping local producers.

MIR: Could you please present your business?

Boris Leyfer: It’s a wonderful little place where people can do whatever their heart desires. It’s an open space where, because of the fact that people pay for their time and not their consumption, it removes this barrier of commodification between the client and the administrator, and it enables a true exchange of ideas and communication between people.

Mario Cabrera: It’s also a place to share for business and pleasure. In this place, we provide snacks, coffee, and professional equipment — projectors, printers, paper, etc. — plus we have a place which we can turn into a theatre for entertainment purposes!

MIR: What was the reaction of your suppliers when you began to work with them? Are they used to working with local coffee shops like yours?

Boris: Well, usually people go to [the producers] because they have fair trade and organic coffee, but we went to them because they’re local coffee roasters, and that is what surprised them. They are not used to working with people that have “local” as part of their values, but hopefully, we’ll spark a new trade, focusing more on the local economy.

Mario: Our name is Anticafé LocaL, through which by extension we want to promote local artists, singers, painters, and professionals, in various sectors; giving visibility, contributing to their goals. Our producers were quite surprised and very amazed that we wanted to do that. They felt very comfortable and happy, helping us in the process and being part of our project.

MIR: Are the higher costs associated with fair trade coffee worth it?

Boris: I would say yes. By doing our work here, we benefit from the work others provided to grow the coffee beans that we use. We expect humane treatment and fair compensation for our labour, so we think that the people working on the other side of the world deserve the same! Our way of assuring that these people receive their due is by buying fair trade coffee, which naturally comes at a higher price because there is less exploitation involved in the exchange, all other things staying equal between fair trade coffee and free trade coffee.

MIR: Why did you decide to centre your cafe around local/fair trade goods?

Boris: We [have] oftentimes been to Europe and what we really enjoyed, apart from the history and the architecture, was the local aspect of existence there. The farmer’s markets for example! Many people actually buy and eat from local farmers who don’t sell through middlemen. They themselves work the farm, harvest the food, and then sell it every week at a farmers market. There’s a direct contact between the producer and the consumers. This creates a real interconnected relationship between the two parties, which leads to a more fulfilling exchange where you don’t buy goods and then consume them, but you also help others while helping yourself.

MIR: How does your choice of coffee influence your services/finances?

Mario: We try to share with every client our vision; what we believe is important and why we work with local coffee roasters. We try to share the quality of the product with our clients, and I think people appreciate our commitment to providing them with a quality service and quality, fair trade coffee.

MIR: Do you think it is possible for a more international switch from free trade to fair trade, via coffee shops like your own?

Boris: I think it’s rather unlikely, since companies, especially on an international level, look for the cheapest price of their goods, in order to stay competitive. Fair trade is certainly not the most competitive, partly because it assures that corporations would need to pay decent wages to workers, and that is rather expensive. I believe that only if workers unite in other countries and start demanding fairer wages will we see any change occur, but as I said, I’m rather pessimistic about the future. But regardless, it’s important for companies like ours, with values, to try to raise awareness about the issue and stick to fair trade, in order to make a difference, even if it’s only for a family or a small farm.

Through this interview with Mario Cabrera and Boris Leyfer, it is seen how it may be harder to provide a fair trade product to clientele, due to the higher costs associated with it. Nevertheless, as aforementioned, fair trade, despite these higher costs, seems to balance the ethical costs arising from the hardships of labour in the third world. Perhaps, with such coffee shops, awareness of not only fair trade can grow, but also awareness of the misdoings of free trade in the developing world.