From Indigenous Icon to Political Exile: The Downfall of Evo Morales and Indigenous Mobilization in Bolivia 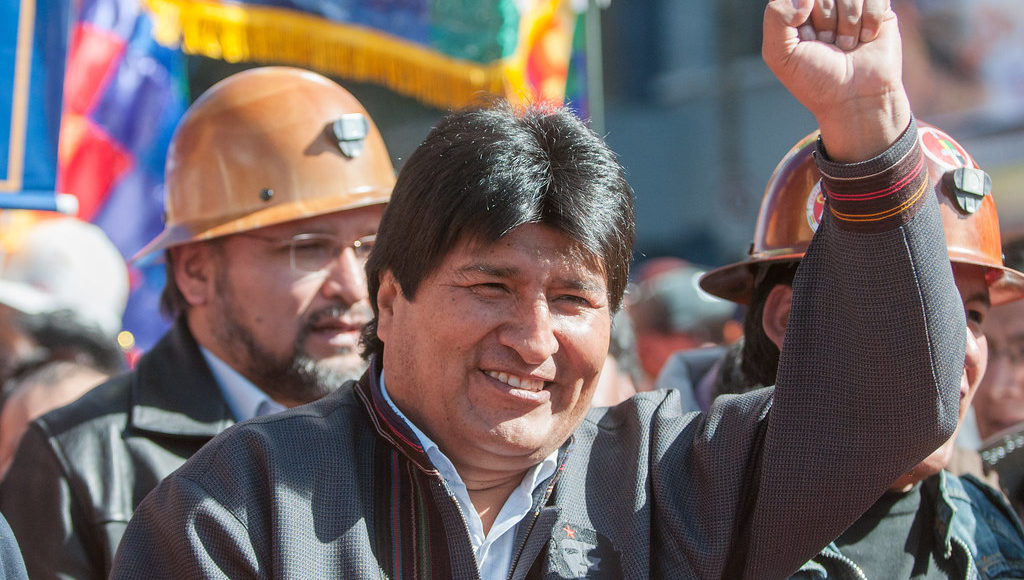 The election of Evo Morales as President of the Plurinational State of Bolivia in 2006 was a beacon of hope for Bolivia’s indigenous population. In a country where 41% of the population identifies as indigenous and is represented by 36 official native groups, the election of a humble farmer from the Bolivian highlands reflected some hope for greater representation, inclusion, and economic prosperity for the native population and the country as a whole. However, 13 years later, Morales has found himself exiled in Mexico after he and his party, Movement for Socialism (MAS), were pushed out of power following his win for a fourth consecutive term in what is being increasingly considered a military coup.

This came after claims of irregularities in poll results that led some to accuse MAS of fixing the election in favour of Morales, and an investigative report carried out by the Organization of American States (OAS) identified manipulations in the electoral process and recommended a fresh round of voting with an entirely new electoral body. Furthermore, discontent provoked by Morales’ re-election bid, in spite of constitutional limitations, exacerbated political tensions and culminated in his resignation from office, leaving the country in a power vacuum. Jeanine Añez, a politician who aligns herself with the opposition, was quick to seize power and declare herself the interim president, despite lacking the parliamentary majority required, but she had the support of Bolivia’s highest constitutional court. This result has provoked further protests across the country, injuring and killing protesters in clashes with the Bolivian military. They have taken to the streets to denounce Añez’s claim as the temporary leader. Furthermore, Añez’s declaration that the ‘‘Bible is returning to the government palace’’ and nationwide burnings of the Wiphala, the traditional flag used to represent the native Andean people, have left indigenous groups in fear of what is to come post-Morales. There are heightened fears that Bolivia may be returning to the oppressive systems that indigenous communities were subjected to for centuries.

The struggles of the indigenous society trace back to the colonial conquest of indigenous lands in Bolivia, and throughout North America, by the Spanish empire in the 16th century, resulting in widespread enslavement and disenfranchisement of native peoples. This was formalized by the encomienda system that granted colonial settlers’ ownership over land and required local natives to pay taxes and provide forced labour to their Spanish ‘landlords’. The Spanish consistently positioned indigenous society as ‘savage’ and ‘inferior’ to justify their occupation of indigenous land, leaving groups such as the Aymara and Quechua at the bottom strata of society. Even after Bolivia gained independence in 1825, indigenous communities still struggled to regain their land, repay debts, and assimilate into the growing capitalist system. Additionally, the dilution of indigenous roots with the arrival of the Spanish created the ‘mestizo,’ people of mixed Indigenous American and European ancestry, who were ranked higher in society. Lighter-skinned European descendants and mestizos held most positions of power and implemented policies that benefited people of their same social class while leaving indigenous people subject to poverty. Nevertheless, indigenous people and rural farmers began to unionize and rise-up in mass protests against the systematic socioeconomic discrimination they faced.

By the early 1990s, laws and reforms improving the status and autonomy of indigenous people were included in the constitution. This coincided with the increased mobilization of indigenous groups in organized movements that advocated for greater rights and socio-political inclusion. One such movement was the creation of the Movement to Socialism (MAS) party, spearheaded by Morales himself. The party was initially formed by local coca growers to fight against efforts to eradicate coca, an important crop in traditional indigenous society that is also used in the production of cocaine. The cocalero movement gained nationwide support by denouncing the government’s neoliberal policies, advocating instead for the nationalization of local industries and greater social and economic inclusion of indigenous groups.

Finally, after decades of indigenous marginalization and oppression, Morales and the MAS party came to power in 2006 and proceeded to empower indigenous and minority groups on a national scale. Morales initiated the inclusion of 36 indigenous languages in the constitution, the recognition of the Afro-Bolivian community in the national census, and placed the Wiphala, the traditional Andean flag, next to the Bolivian national flag. Furthermore, Morales’ position as a ‘‘man of the people’’ who grew up herding llamas and growing coca leaves increased his popularity among rural populations. These advances to restructure and bolster the position of indigenous groups in society moved the Bolivian people to re-elect him for three consecutive terms. Morales’s government also managed to leverage the early 2000s’ commodity price boom in Latin America to improve the country’s economic state. Although the Plurinational State of Bolivia still remains the poorest country in South America, poverty rates have fallen drastically from 60% to 34% in the past decade and GDP per capita has also increased from approximately $1,000 to $3600.  Among Morales’ strategies to restructure the economy were the nationalization of key industries such as natural gas and land reform policies to redistribute land taken away from indigenous people, thus increasing their standards of living. In this way, Morales’s government worked to promote economic well-being in the country, ensuring that rural farmers, unions, and ordinary citizens were the beneficiaries of these economic changes.

In comparison with the revolutionary, dictatorial path that several other Latin American countries have followed, Bolivia’s modern political climate has been relatively peaceful and democratic. However, Morales’s attempt to extend his long-standing rule by modifying the constitutionally imposed term limit was an action that undermined his overwhelming popularity in the country. Although Morales was defeated in a referendum that would have extended term limits and allowed him to run for a fourth term, MAS argued that this was a violation of his human rights and the court overturned this decision, allowing him to run for the Presidency once again. Despite the social and economic progress made throughout his career, this left some of the constituency to wonder if Bolivia was to follow the same authoritarian path as other Latin American leaders such as Augusto Pinochet or Nicolas Maduro in Chile and Venezuela, respectively.

Other criticisms of Morales’s government before the 2019 elections included his failure to prioritize environmental protection in the wake of the Amazon fires and the large budget deficit used to finance changes in the economy which has been viewed as highly unsustainable. Although this changed some once-favourable attitudes towards Morales and his party, rural support for Morales remained strong and consequently won him the majority vote. Nevertheless, the resignation of Morales and his cabinet after losing support from the country’s military in early November soon followed and plunged Bolivia into a state of social and political turmoil.

Democracy through the eyes of the U.S. government: Military coups, massacres, installed puppet regimes, brutal repression, racist violence, attacking and shutting down the media… what did we miss? #Bolivia

A cartoonist’s depiction of the on-going violent clashes between the Bolivian military forces and indigenous people protesting against the interim government and supposed military coup. Via: Twitter.

The descent of Morales and the MAS party leaves the future of Bolivia and the fate of its indigenous population unclear. With the interim President Añez having signed off on a new set of elections this past week that will exclude Morales, the hope is that Bolivia will move forward with a new set of  ”clean, just and transparent” elections. While different sources continue to dispute whether or not the descent of the ruling party was indeed the result of a military coup, what remains evident is that the dissatisfaction with recent events was felt among many native groups, both for and against Morales. In the aftermath of MAS’s withdrawal from power, protests and riots spread across the country after what some citizens consider to be an illegitimate power grab by the opposition party and the expression of inherently anti-indigenous sentiments from interim leaders.

Indigenous populations across the globe continuously suffer from underrepresentation and marginalization. From the Maori groups of Australia to the Amazonian tribes of Brazil, native groups are often positioned as second-class citizens in society. The situation in Bolivia has been no different, and the desire of native populations for greater inclusion was what made Morales so popular in the first place. Whether Bolivia’s transition to a new democratically-elected government will go smoothly is still uncertain. What is clear, however, is that Bolivia’s indigenous groups will continue to defend and champion their right to greater social, economic and political inclusion in Bolivian society.