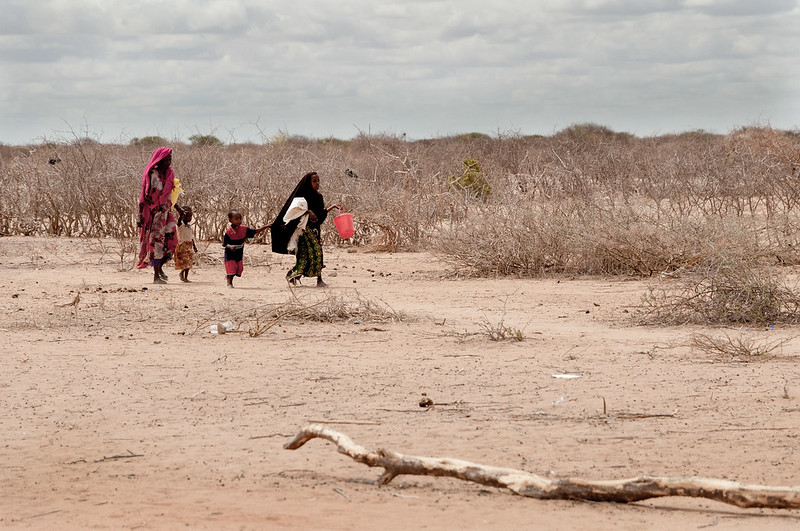 A severe drought in East Africa is causing malnutrition rates to soar and threatening the lives of children throughout the region.
Share

In recent years, higher air temperatures and a rising evaporation rate have resulted in a devastating drought in the Horn of Africa. This region, which encompasses countries such as Kenya, Ethiopia, and Somalia, spans 2,000,000 square kilometres with a population estimated at around 90,000,000. The significant geographic and population size of the Horn of Africa underscores the severity of this current crisis. With catastrophic consequences on the horizon, if not already in full effect, the burden of managing life with limited access to water has begun to fall disproportionately on women, and international organizations are ill-equipped to help them.

While rainfall deficits in East Africa are not uncommon, the severity and persistence of this two-year drought have been detrimental to accessing resources such as food and water and, ultimately, potentially fatal for those who rely on those resources. In Somalia, drought is predicted to directly impact over 7,100,000 people this year, mostly women and children. Of that number, some 1,400,000 children face “….acute malnutrition this year, and 330,000 are likely to become severely malnourished.” The La Niña weather phenomenon precipitated this crisis, which typically results in drier conditions in East Africa during its duration. And according to meteorologists, it does not appear the current occurrence of the phenomenon, nor the drought, will be ending anytime soon.

Despite the impending and existing fears of widespread starvation across the region, many East Africans have had minimal opportunities to receive aid and assistance. Country-specific initiatives, such as the Somalia 2022 Humanitarian Response Plan and the Kenya Drought Flash Appeal, have failed to meet their fundraising goals, reaching just 20 per cent and 34 per cent funded, respectively. One of the largest reasons for the lack of funding is the war in Ukraine. This conflict has resulted in a severe grain shortage that has limited the resources and aid allocated to these Eastern African countries, further exaggerating the scarcity of financial and physical resources. Many civilians, especially women, are in survival mode.

The role of women

Whether it be through caring for their homes and children or collecting materials and resources, women in the region are generally left responsible for many of the life-or-death tasks that many East African households must fulfill. However, it is impossible to understand the pressure and responsibility that weighs on women in the Horn of Africa without also recognizing the prevalence of gendered roles for East African men and women. Traditionally, patriarchal norms specific to East Africa exclude women from most decision-making roles, yet they represent a large number of labourers in the agricultural sector. Through collecting and gathering resources for their children and household, women have limited power relative to their high responsibilities in taking care of their families.

The difficulties women face span numerous facets of society and have only been intensified by this crisis. With regard to foreign aid and scarce resources, women are forced to travel further to gather resources in often treacherous conditions. The family expectations placed upon women compound this struggle as many women care for their children alone and must bring them on these journeys. In some cases, households have ultimately become displaced due to the conditions resulting from the drought, which exposes them to increased instances of gender-based violence. Whether it be domestic circumstances between wives and their husbands or conditions caused by being in unfamiliar areas and vulnerable positions, violence against women has become an increasingly detrimental problem in the Horn of Africa as a result of the drought.

Another tragic and overlooked aspect of how women are affected by this drought is how the dry spell has facilitated the exploitation of young women and girls. In an attempt to weather the financial strains of the drought, many families have resorted to selling their daughters off to be married and unenrolling them from school. Starting from a young age, these patriarchal and male-controlled tactics place women in an underrepresented and inferior role — and the drought has only further reinforced these practices.

Long-run impacts of the drought

A particularly challenging aspect of climate disasters is their persistence and longevity. Until action is taken, climate change has and will continue to harm the population of the Horn of Africa. As such, while international and domestic actors are aware they do not have the power to halt current and future climate disasters, a major concern remains whether climatic conditions will continue to worsen and, as a result, will further suppress women’s voices. For example, women labourers make up most of the agricultural sector yet are unable to access weather and drought forecasts to help prepare. Due to gender norms of the region, women are not permitted to attend in many spaces where these are discussed. As with the resource gathering mentioned earlier, the effects of the drought and other possible crises fall particularly hard on female agricultural labourers. While many proposals have been submitted and suggested for helping those affected by the drought, actors must acknowledge the deep-rooted issues that worsen its impacts on women. 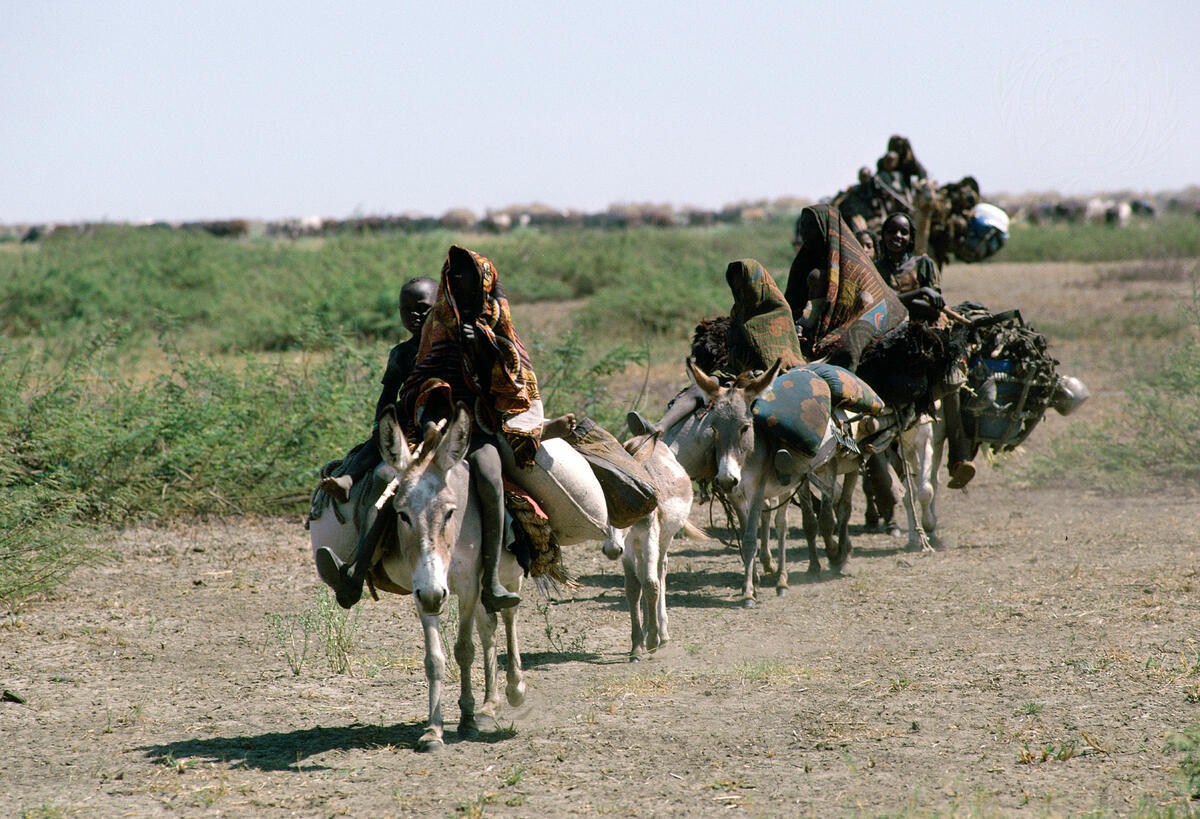 Image depicts people from the Karal Region moving to areas where water can be found. “Drought in Africa” by UN Photo/John Isaac is licenced under fair use.

What can be done?

A UN World Food Programme report detailing the imminent threat of this drought also notes that they have received limited funding from states and NGOs to adequately address the circumstances. However, there is reason to believe that this lack of funding is an obstacle to addressing the drought and appropriately dispersing aid. The allocation of targeted aid, such as towards gender equality groups, could prove more effective than general fundraising efforts, improving the lives of women and girls in this region through increased representation or improved access to education. Some organizations like  FEMNET and the Moremi Initiative are working to increase gender equality in the region; however, a much more globalized approach must be taken. International powers and groups have a responsibility to act alongside and on behalf of East Africans, especially regarding female empowerment. There is still time to fight the catastrophic consequences of this drought, but it will take a collaborative effort on an international scale to heal many of the systemic issues that have worsened the impact of the drought.

Featured Image: “A severe drought in East Africa is causing malnutrition rates to soar and threatening the lives of children throughout the region” by Colin Crowley is licensed under CC-BY-NC-ND-2.0.