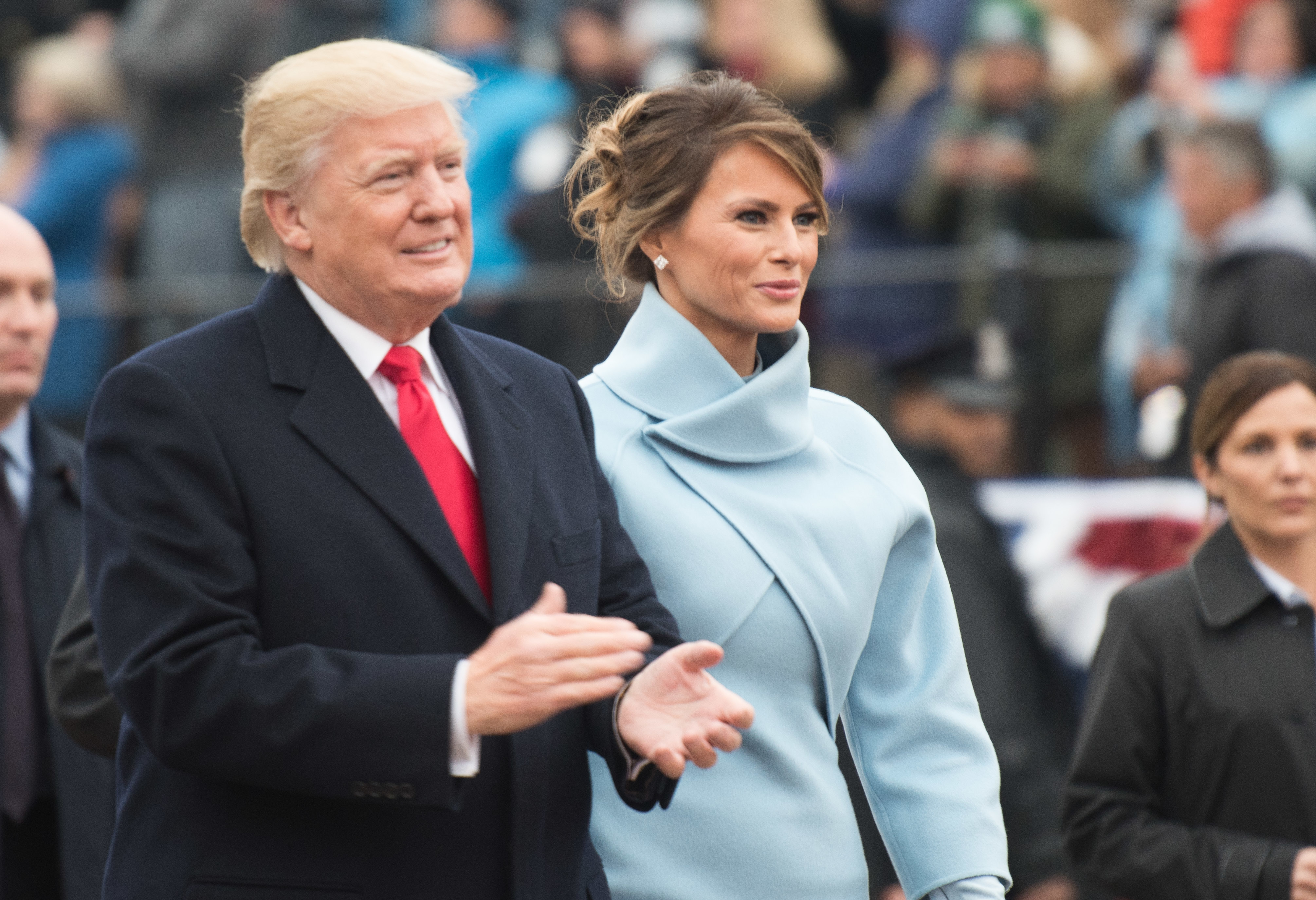 The role of the First Lady is hard to define due to the lack of constitutional responsibilities. Nonetheless, the influence of First Ladies in policy-making is undeniable. Before women were even considered capable of holding positions of public office, First Ladies were among the inner circle of advisers to the President. To a varying degree, contemporary First Ladies have busied themselves with philanthropic matters. Nancy Reagan famously attached herself to the “Just Say No” campaign, while current First Lady Melania Trump has chosen cyberbullying as her cause.  Beyond vague activism, one of the most important expectations of the role of a First Lady is to serve as a representation of what an ideal American woman is: faithful, domestic, and relentlessly supportive of her husband. This symbolic role is evident in the way that First Ladies have historically handled presidential scandals.

Despite the shocking allegations of President Trump cheating on Mrs. Trump, this affair is far from anomalous. From Thomas Jefferson to Bill Clinton, over 14 Presidents have had alleged paramours. Not a single one resulted in divorce. By looking at three Presidential adulterers, we can gain insight into how First Ladies respond.

President Franklin D. Roosevelt famously had a long-term affair with Lucy Mercer, social secretary to first lady Eleanor Roosevelt. When Eleanor found out in 1918, she offered a divorce. Conversely, they both knew that a divorce would be detrimental to President Roosevelt’s political career. Mrs. Roosevelt halted the divorce under the condition that the President never saw Ms. Mercer again. Nevertheless, the affair persisted throughout his presidency with the knowledge of a devastated Mrs. Roosevelt. Despite the betrayal, Eleanor stayed alongside her husband, saving the President from a major scandal and significant damage to his political career. Furthermore, staying in the relationship allowed Mrs. Roosevelt to continue pursuing her own political and philanthropic priorities.

Perhaps the most famous White House playboy is John F. Kennedy. President Kennedy had affairs with dozens of women, ranging from famous actresses to Mafia wives. Kennedy’s wife, Jackie, knew of her husband’s indiscretions, but, like First Ladies before her, decided to stay with him. A notably private woman, it is hard to assess Mrs. Kennedy’s feelings. However, reports suggest that while she was not happy with the almost daily liaisons of her husband, she viewed this as natural male behaviour. Her father, after all, was a notorious womanizer. Growing up around this type of behaviour likely normalized the indiscretions of her husband and prompted her to devotedly play the part of the loyal wife turning a blind eye.

When Hillary Clinton was campaigning for her husband in 1992, Gennifer Flowers released evidence of her affair with Presidential candidate Bill Clinton. This was the first of numerous scandals Mrs. Clinton had to endure in the name of her husband’s political success. She stood behind him despite any pain or humiliation she may have felt. With an increasingly public world and the dawn of the 24-hour news cycle, Mrs. Clinton was unable to privately deal with the scandals the way that Kennedy or Roosevelt had. Instead, she stood with her husband and publicly defended him, even targeting and discrediting his mistresses. During the Lewinsky scandal, in which President Clinton admitted to having sexual relations with young intern Monica Lewinsky, Mrs. Clinton called the indiscretion a “personal relapse” on the part of her husband. Despite the piling accusations against Bill, Hillary stood faithfully by his side, knowing a divorce would hurt the political power couple the most.

To understand why First Ladies stay, we have to recognize the societal expectations that come with being a wife. The cult of domesticity is a term used by academics to describe the societal expectations of women as homemakers and mothers. Piety, purity, submission, and domesticity are among the core values expected of women. The First Lady, as a representative of American ideals, has historically promoted the values of domesticity especially expected of white middle-class women in America. They have historically fulfilled hostess duties in the White House, a tradition that seems antiquated for today’s standards. The First Lady is supposed to assure the nation, after all, that the standard of wifehood is still intact. This translates into picking cutlery for the White House and having their careers framed around their husband. They are expected to give up their careers for an unpaid position in the White House. First Ladies are ultimately pushed to entertain guests and tend to the White House to maintain the image of an ideal traditional marriage, and for the political advancement of their husbands.

When the most powerful man in the Western hemisphere is publicly confronted with personal scandals, the First Lady is expected to dutifully stand by her husband. Typical couples can confront these issues behind bedroom doors, but Presidential couples are forced to face their issues under the spotlight. As a consequence, their every action must reflect the ideals of the American family. This is why, for example, negative attention was given to President Trump choosing not to have a pet in the White House. In this particular example, pets help to consolidate the image that the White House is a home with a family. Affairs are messy and stand in stark opposition to the ideals of an American family. A subsequent divorce can further damage the political career of the men in question, and potentially vilify both women in the picture. This is why First Ladies decide to stay: the repercussions of leaving would be more damaging.

The roles of the First Couple, then, are categorically gendered to reflect the ideal family nucleus. The President symbolically reflects the role of the patriarch, of fatherhood, and of masculinity. As such, he becomes not only the patriarch in his family, but a patriarch to the country. The First Lady must then perform the highly visible role of the model wife, supporting her husband at all times. The image of the presidential couple not only promotes strictly heteronormative love, but relegates the wife as complementary to the President, incomplete without him. While some First Ladies have managed to break this mold and create their own legacy, like Michelle Obama, many find their reputation deeply tied their husband. Women are seen as homemakers, and even the First Lady is restricted by this profoundly embedded societal expectation.

First Ladies are expected to put up with humiliating behaviour partly due to the public scrutiny that comes with being in the limelight, and partly due to their symbolic duty to support their husband. Even if a First Lady wanted to leave, societal norms dictate that she must stay with her husband. In the Presidential context, juggling a divorce in the middle of a term would not only distract from a President’s duties; it would also emasculate him as the patriarch of the country.

So how does Melania Trump feel about the allegations of a cheating husband? We may never know, but we can infer that she will stick by Mr. Trump, following the expectations of a First Lady and of a wife.