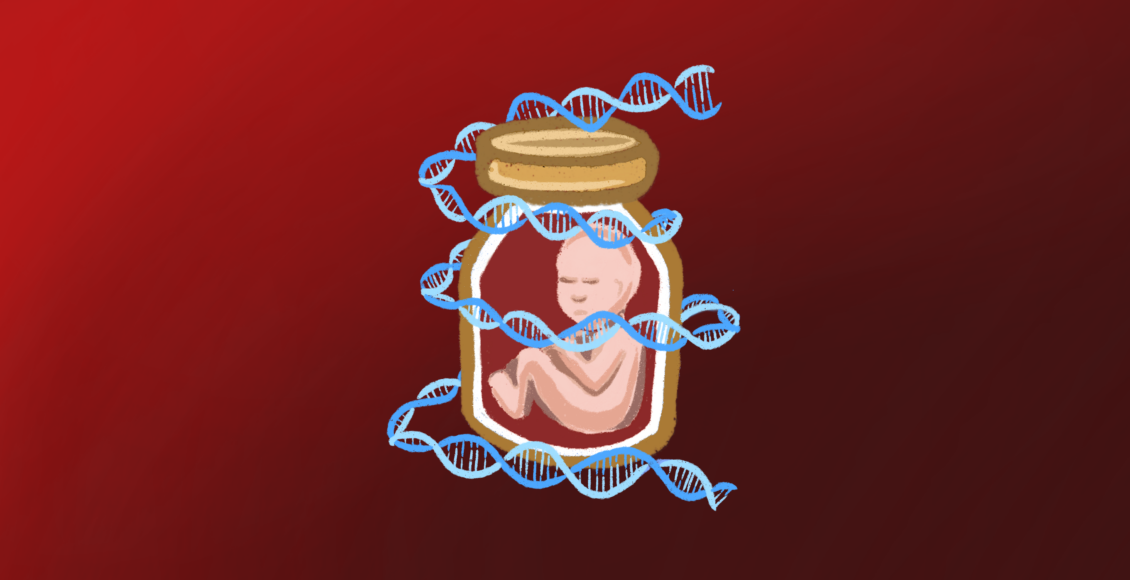 Around the world, millions of lives are directly affected by monogenic human diseases—diseases that can be traced to a single gene mutation. This class of hereditary disease includes conditions such as sickle cell anemia, hemophilia, and cystic fibrosis, all of which impact an even greater number of people than what is captured in this figure. The natural mechanisms of genetic inheritance prescribe that provided the allele for the disease is present in the bloodline, even those who do not express the allele may be silent carriers.

It is easy to see the appeal for technologies that would allow for at-risk but yearning parents to have a child that does not express the relevant mutated gene, safe from the threat of disease. Currently, clinical screening measures are effective for parents opting into in vitro fertilization (IVF), as genetic testing for monogenic diseases can be performed before implantation. But for some, this solution is far from satisfactory. The boundaries of human innovation have yet to be pushed, according to Chinese biophysicist He Jiankui. Rather than look for a disease-free embryo among limited options, He sought to simply create one.

On November 28, 2018, He announced at the Second International Summit on Human Genome Editing that he had used CRISPR/Cas9 gene editing to modify the CCR5 gene in human embryos such that the embryos would consequently become HIV resistant. These embryos resulted in the birth of two twin girls with a third in gestation. At this, the scientific community went ballistic. Fellow academics were quick to brand He’s experiments as “premature, dangerous and irresponsible”, following an onslaught of literature detailing everything that went wrong. Moreover, the Chinese government immediately moved to fortify genetic editing regulations. He is currently serving a three year jail sentence.

The “rogue” doctor claims to understand that his “work will be controversial, but [he] believes families need this technology and [he] is willing to take the criticism for them.” Yet, there is skepticism over He’s specific application of CRISPR/Cas9 technology to target the twins’ CCR5 gene. Angered HIV experts and bioethicists argue that there was little to justify the risk of He’s experiments.

In a naturally occurring immune response, bacteria use DNA sequences known as Clustered Regularly Interspaced Short Palindromic Repeats (CRISPR) to identify infectious viruses. Then, the Cas9 enzyme (CRISPR associated protein 9) cuts up any foreign DNA that matches the CRISPR reference. Scientists realized this DNA copy and paste mechanism could be transferred to non-bacterial cells, and the idea of using CRISPR/Cas9 as a tool to edit genomes was introduced in 2012. In their early days, these molecular scissors seemed to be a miracle technology. CRISPR/Cas9 is inexpensive, simple to use, and promises a myriad of potential applications, from pest eradication to more efficient yoghurt-making. Ignorance, however, proved to be bliss. While it seemed scientists understood that too much remained unknown about CRISPR/Cas9, He’s premature application for gene-edited babies realized the community’s worst fears. Experts believe He overlooked evidence of high rates of mosaicism, whereby some cells of the body contain the edited gene while others do not, and of frequent, unplanned genetic changes. Research in 2020 supports these suspicions: recent data reveals CRISPR/Cas9 to be closer in precision to blunt, plastic safety scissors than a sharpened, surgical-grade pair.

In general, scientists are not opposed to the therapeutic use of CRISPR/Cas9 on non-reproductive somatic cells. The concern arises when edits are made to germline cells that have the potential for passing genes on to future generations. There exists extensive debate on the ethics of making changes to human DNA that could be passed on to future generations, with distinctions being drawn between editing for disease eradication and cosmetic changes, such as eye colour. Today, these conversations remain largely speculative given the state of current CRISPR/Cas9 technology. However in light of the birth of the allegedly HIV-resistant twins, the deadline for a consensus may be looming near. This threat has led many to advocate a global moratorium on any use of CRISPR/Cas9 that sets out to advance clinical germline editing. A statement issued by eighteen specialists from around the world specify that this does not necessarily imply a permanent ban, but rather urges nations to adhere to a definitive standard for approving clinical research.

Currently, laws governing gene-editing rest at the jurisdiction of the state. In Canada, the Assisted Human Reproduction Act makes it strictly illegal for the human genome to be edited in any inheritable way, and in the US, the FDA bans the implantation of edited embryos. International policing is severely lacking however, with the Oviedo Convention being the first and only multilateral document that regulates genetic editing. 29 European countries are signatories, but notably, the United Kingdom and Germany have neither signed nor ratified — the former considers the convention’s rulings too strict, while the latter claims it is not strict enough.

Demands for international coordination are partly derived from concerns over the status of Russian legislation. Russian law prohibits  most circumstances of genetic engineering, but the rules concerning gene editing and assisted reproduction are ambiguous. This came to light when Russian scientist Denis Rebrikov publicized his intention to implant gene-edited embryos following the controversy of He’s experiments, aiming to target the same gene to prevent HIV inheritance with an improved methodology. Fellow Russian academics have since expressed apprehension for the nation’s ethical committees, worrying that “Rebrikov’s proposal will not get close scrutiny from regulators.” While the Russian Ministry of Health has stated that guidelines made by the World Health Organization (WHO) concerning germline editing will be taken seriously, many are urging the Russian Federation to make rules explicit given the non-regulatory authority of the WHO.

Despite the hopes of moratorium advocates, there is little assurance that the international community will ever come to a consensus about the extent to which CRISPR/Cas9 applications should be restricted. Given the weakly-binding nature of international law, there is little that can stop CRISPR/Cas9 from developing to its full potential so long as there is interest among scientists like He and Rebrikov. Thus, postponing this conversation is unsustainable. Distinctions between novel gene-edited embryos and existing assistive reproductive technologies will need to be made. The ethics of prenatal autonomy and its implications on the genetic profiles of future generations must be debated. A confrontation of whether society is justified in denying those with genetic diseases reproductive choice despite the technology being right there will be inevitable. As the initiation of hereditary gene-editing draws near, it is becoming imperative that the bioethics surrounding CRISPR/Cas9 technology be universally codified.

The featured image was created by Olivia Yu.

Olivia is a U2 student in Economics. If not drawing, reading or cooking, she can be found questioning whether a minor in Translation is really worth Googling variations of "synonymes cadavre" for three days straight.