German Security Policy at Stake: The “Culture of Restraint“ Is No More 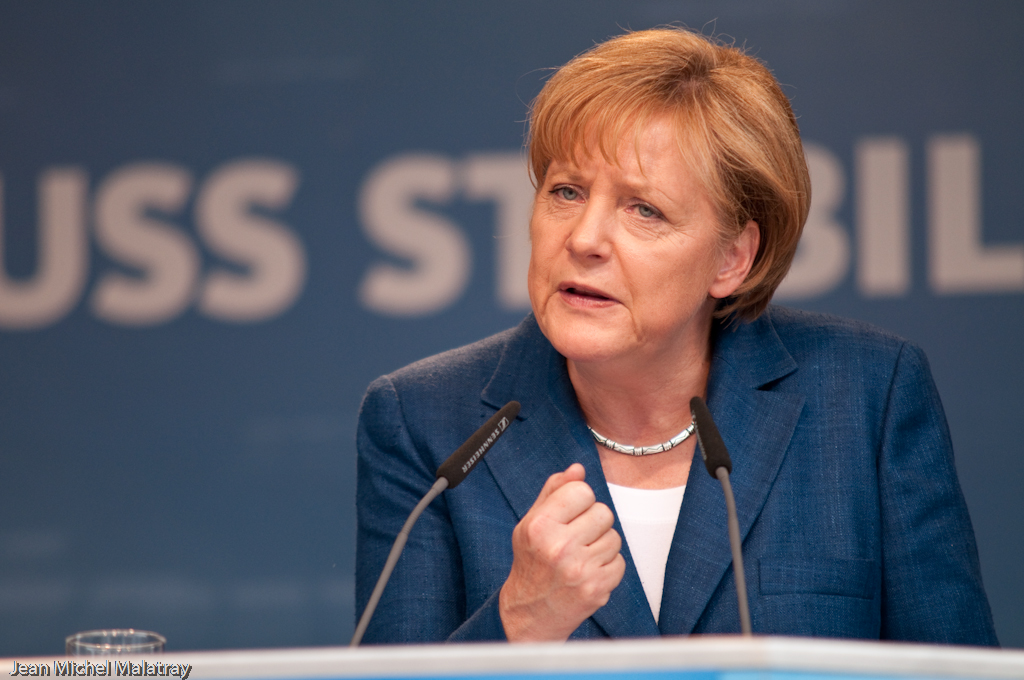 To many, the terrorist attack that took place in Berlin on 19 December 2016 gave basis to the growing feeling in Germany that the “inevitable would happen,” or that sooner or later, the country would be affected by terrorist attacks similar to the ones in Paris, Nice, or Brussels. Despite all the efforts and resources at a state’s disposal, it seems impossible to guarantee total security in an open and liberal society. Indeed, terrorist attacks in Western societies prove this to be true. Germany has drawn both praise and criticism for its less restrictive policies, compared to its French and Belgian neighbours, regarding national security and individual liberties. The attack in Berlin, however, has the potential to shake up German politics, and Chancellor Angela Merkel seems to have no other choice but to reform security policies if she wants to be re-elected for a fourth mandate.

The attack on Berlin’s Christmas Market that killed 12 people comes at a crucial time in Germany, when the refugee crisis has divided a society known for its policy of openness even as Merkel announced that she would be seeking another term. If Germany had previously been worried that it might experience the kind of attack already seen in Europe, the country now seems to have underestimated its capacity to manage such a situation. Indeed, German authorities had identified the author of the attack—Anis Amri— as a potential radical Islamist months ago, even suspecting him of planning a terrorist attack. His expulsion had been ordered, but was later suspended, and he remained in Germany. Following the attack, a series of fumbles allowed Amri to disappear and flee the country by coach. This gave rise to many demanding why German authorities had failed in many ways to prevent the attack and handle the aftermath.

As a pacifist country that rebuilt its democracy in reaction to the Nazi experience, German society has strong difficulties to accept that today the country can be in “a state of war” against the Islamic State. Germany has developed a culture of self restraint since 1945 when it comes to interventionism and security policy. Even issues such as video surveillance—so valued by its British neighbour—comes under fire in Germany because it is considered a violation of privacy, as well as being a reminder of the darkest moments of German Stasi, the former East German secret police. For similar reasons, the use of the military for domestic security operations is highly controversial. Following the Berlin attack, Social Democratic Party (SPD) leader Sigmar Gabriel estimated that “creating lively and good cities and communities, securing employment, promoting culture and investing in social security and education are just as important as improving the country’s security architecture.” We can ask ourselves whether this kind of casualness is appropriate at a time when jihadist terror spreads across Europe.

The Berlin terrorist attack must bring this culture of restraint to a halt, and the country’s security policies must be examined anew. One step towards reform would be to centralise some of the country’s domestic policies.  Germany is a federal state. The sixteen Bundesländer (states) continue to be responsible for the bulk of decisions regarding police issues.  Germany’s long history of decentralised power has created nation-wide inconsistencies when dealing with domestic security. As the German Minister of Interior, Thomas De Maizière, explained after the attack: Germany does not “have federal jurisdiction to deal with national catastrophes. The jurisdiction for the fight against terrorism is fragmented”.The attack in December 2016 has proven that such fragmentation is more likely to lead to disorganized responses to terrorist attacks, and that revisions to Germany’s federal distribution of power must be undertaken.

If the Berlin attack revealed failures in Germany’s police system, Merkel has also reached an impasse. The “Merkel model”, “a model of pragmatism in a chaotic world”, is at stake.  For the first time in her political career, she has to play the role of a divisive candidate. The attack has underscored the necessity for her to reform domestic politics if she wants to have a chance to win the next election, particularly as she faces competition from both sides. On the one side, the established right-wing nationalist Alternative for Germany (AfD), created in 2013, represents a growing political opponent for Merkel. The terrorist attack comes as an opportunity for the AfD to blame Merkel’s policies, especially the way she handled the refugee crisis. The AfD  has argued that Merkel participated in the “Islamisation of the West” and that the Berlin

terrorist attack is one logical consequence. On the other side, another political opponent that could be much more disruptive to her campaign is  The Christian Social Union (CSU), the Bavarian sister party to Merkel’s Christian Democratic Union (CDU), a challenge that comes from within Merkel’s own party. The CSU leader Horst Seehofer, who has always been critical of her refugee policies, did not stand behind the chancellor in the wake of the terrorist attack. He believes that there is a strong need to rethink and readjust the entire immigration and security policies and argues that Merkel has been too flexible compare to her European counterparts.

The attack in Berlin revealed cracks in the German system of governance. Restraining military and security policies seems to have become untenable in the wake of growing terrorism in Europe. Germany must understand that its position as a Western ally of the US and France in Syria makes it an obvious target. Fighting terrorism effectively demands that a society sacrifice some of its liberal democratic freedoms to focus more on security. In 2017, Merkel will have the difficult task promising to overhaul the way Germany responds to and prevents domestic terrorist threats. Whether Merkel will receive the support of her conservative base and win over a portion of AfD supporters will be crucial if she wants to win the Bundestag election in September 2017 and lead Germany for a fourth mandate until 2021.