Germans, Gazprom, and Gas: How a Minor Pipeline Became a Major Pain 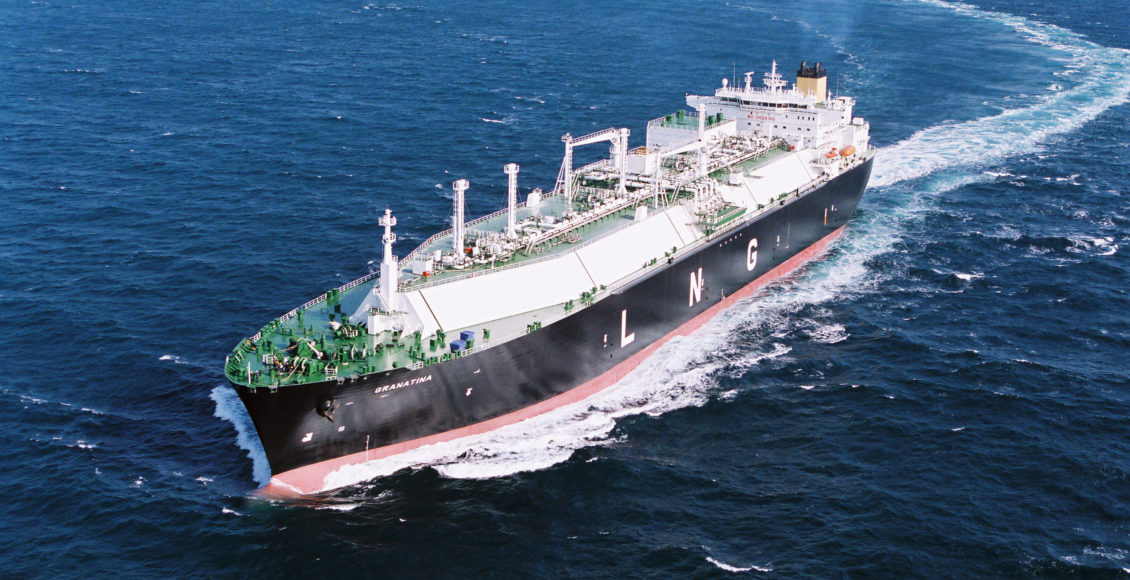 The Nord Stream pipeline snakes across the depths of the Baltic sea, stretching from St. Petersburg to Northern Germany. Since 2011, the pipeline has sent millions of cubic meters of Russian natural gas to Germany and other European states – a key resource in heating and powering Europe through frigid winters. The project’s success prompted builders to promote an expansion, titled Nord Stream 2 (NS2), doubling the pipeline’s capacity. This new effort has attracted international opposition, making NS2 one of the most controversial energy projects today.

Why does Nord Stream 2 matter?

Nord Stream 2’s implications are significant and wide-reaching. Russian gas is important to European energy security, and currently travels West along a criss-crossing network of pipelines that cover the continent. Countries through which Russian gas passes receive transit fees from Russia’s state-owned natural gas producer, Gazprom. Given the sheer volume of gas flowing into Europe’s homes and industry, these fees are considerable enough to attract the attention of many Eastern European states. For instance, Ukraine’s coffers reaped an impressive $2.8 billion from Russian gas transit in 2017 – half of Montreal’s municipal budget, or 3% of Ukraine’s GDP.

The Nord Stream 2 project avoids this phenomenon. By crawling along the floor of the Baltic Sea, Russia can avoid the patchwork of Eastern European states demanding money en route to Western Europe. Naturally, affected countries are worried. If Russia increases capacity on the existing NS1 route, then current land-based pipelines will lose relative importance. This will directly hit Eastern European state budgets as transit revenues dwindle. This matters more for some countries than others: Ukraine is particularly incensed. A history of gas disputes with its Eastern neighbour, a legacy of Soviet domination, and recent events in Crimea and the Donbas have created fertile ground for conflict with Russia. Now that Russia threatens to circumvent Ukrainian pipelines and undercut much-needed transit fees, the relationship has soured further. A tumultuous electoral field in 2019 for Ukrainian PM Petro Poroshenko makes the conflict particularly painful for Ukraine’s first post-Maidan government.

Who opposes the pipeline?

The US joins Ukraine in opposing the project. Both the Obama and Trump administrations have justified their opposition by criticizing the project’s negative impacts on energy security. This is a valid concern: Russia has a history of using gas as a geopolitical weapon and threatening supply shortages through its state-owned enterprises as a vehicle of foreign policy. In August 2014, Gazprom stopped natural gas shipments to Ukraine.  As a result, millions were left without hot water in the summer months, as local authorities had no fuel to power Kiev’s municipal boilers. For the EU, Russian supplies make up 35% of its natural gas imports, giving it considerable leverage to pursue similar policies across the continent. The Baltic states share the US’ views, and have staged high-profile meetings between their respective foreign and defense ministries as a show of solidarity.

Others suggest that different concerns drive US opposition to Nord Stream 2. A close relationship with Ukraine may drive the Americans to fight a Russian effort to strip the post-Soviet nation of precious revenues. Moreover, the US increasingly strives to sell liquefied natural gas (LNG) to European partners. A far more costly variant than piped gas, LNG has been recently promoted to Europe as an alternative to Russian energy dominance. Though the US shale boom has ramped up supply and driven down prices for LNG, it still remains an unattractive alternative for strained European budgets, which seek cost-savings as governments struggle to balance budgets. Donald Trump’s comments on the issue betray America’s commercial interests: Trump tweeted over the summer that “[Europe] will be buying vast amounts of LNG!”

What’s next for Europe?

Despite strong rhetoric from opposing parties, it seems unlikely that opposition to NS2 will be fruitful. The US has not imposed additional sanctions that are specific to the project. Germany, Nord Stream 2’s terminus, has a vested interest in the success of the deal. Angela Merkel has acknowledged the arguments of NS2’s detractors in her rhetoric, but has ultimately done little to shape the project in a way that meaningfully addresses the concerns of Ukraine or the US. German industry has been friendly to any attempts to lower the costs of energy, and individuals in German government have been keen to embrace a new “Ostpolitik”. Former Chancellor of Germany Gerard Schroeder regards Putin as a close friend and enjoyed appointments to senior-level positions in Russian energy companies following his departure from office.

More pressingly, Germany and greater Europe are facing the harsh realities of energy security. Domestically-produced gas resources are diminishing year-over-year. Merkel’s commitment to phase out coal and nuclear energy within the next decade further reduces Germany’s options to meet energy needs. Though the allure of Russian gas may carry political downside and play into the wishes of an adversary, it remains too enticing for Germans to resist – especially given the constraints facing European energy security.

Nord Stream 2 is unquestionably more than a necessary increase in capacity from Russia. The Center for European Policy Analysis’ Margarita Assenova observes that Russia could double its entire gas exports to Europe simply through existing Ukrainian pipelines if it chose to do so. Instead, Gazprom and the Russian state prefer building an entirely new set of pipes along a politically-simpler Baltic route. With a new pipeline, Russia has more latitude in using gas as a political cudgel: it can credibly pressure traditional transit countries like Ukraine and Belarus without compromising gas supply to energy-hungry Western Europe. In the short term it can directly hit Ukraine’s bottom line by cutting gas throughput, potentially influencing the outcome of its election in 2019.

This story rings familiar when compared to the original Nord Stream project in 2006 – NS1. Russia similarly promoted the initiative as important infrastructure for European energy supplies. But when it was constructed, it quickly became clear that NS1 wasn’t necessary for gas supplies. Instead, it gave Russia an opportunity to reroute gas flows away from the existing Ukrainian “Brotherhood” transit network – a response to political tensions with Ukraine at the time. It seems likely that NS2 is driven by similar incentives: rather than continue working with Ukraine’s Naftogaz, Russia’s Gazprom prefers an alternative route. Germany’s acquiescence is driven by a necessity for cheap and reliable gas, and a desire to avoid the risk inherent in shipping gas across a politically-fraught Eastern Europe.

As of October, the project seems almost certain to be constructed. In early September 2018, 420 workers aboard the Solitaire began laying the first deep-water pipes for the project in the Gulf of Finland – the first construction done outside of territorial waters. The last obstacle to the project is  Denmark. Presently, the route cuts through Danish territorial waters, and Denmark has still not given a final decision on the project, citing security concerns. However, NS2’s builders are unconcerned. If Denmark denies permission for the pipeline, its builders plan to slightly adjust its course to avoid Danish territorial waters and instead travel through Denmark’s Exclusive Economic Zone (EEZ), where its jurisdiction is severely diminished. In such an outcome, it would be considerably harder for Denmark to sway the construction of the pipeline.

What does it mean for the world?

There are two implications of Nord Stream 2 for European politics and energy policy. First, European energy dependence on Russia will increase in the coming years. As domestically-produced energy sources dwindle, the EU will pick the next cheapest alternative – natural gas from the East. Moreover, Russian pipelines are still not running anywhere near full capacity. Investments in transit infrastructure today are likely to pay long-term dividends for Russia, as it exploits its ability to heat German homes and profit with minimal transit fees along the way. American LNG producers will have to further slash prices to compete with cheap energy, or policymakers will have to implement additional incentives for LNG to prove a viable alternative to piped gas.

Second, Europe’s decision to quietly proceed with NS2’s construction illustrates an increasingly blasé attitude from the EU towards Ukraine. Though Chancellor Merkel had made some non-committal comments about ensuring a transit role for Ukraine in the project, there are no indications that Gazprom will coddle the feelings of its neighbor. Nord Stream 2 should be viewed as yet another snub for Ukraine’s dreams of European accession – or at the very least, European partnership on foreign policy. Merkel’s approval on NS2 is by no means an outlier in the EU-Ukraine relationship: the EU has been careful in ensuring that Ukraine remains at arm’s length – even as it struggles through civil war in the East against Russian-backed separatists, pervasive corruption, and a fractured political landscape.