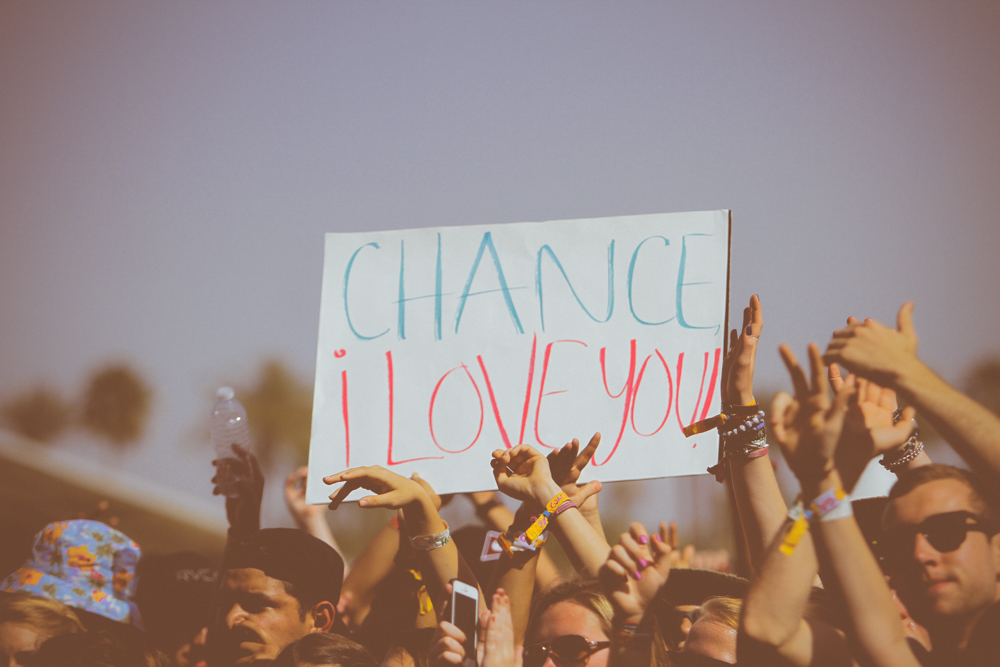 A few weeks ago, Chance the Rapper made national headlines after meeting with Governor Rauner, of Illinois, to discuss funding for Chicago Public Schools (CPS), the largest school district in Illinois and the third largest in the United States. Chance grew up in West Chatham on Chicago’s South Side and attended CPS elementary and high schools. Following the meeting, Chance told reporters “I’m here ‘cause I’m a dad, I’m an after-school teacher… I care about the kids.”

CPS has a long and tumultuous financial history which is rooted in the fact that Illinois education funding is based on property taxes, so there is a constant cycle of schools in wealthy neighbourhoods having plenty of money, but schools in impoverished neighbourhoods never having enough money. In addition, under Mayor Richard M. Daley, who was mayor of Chicago from 1989 to 2011, CPS went an entire decade without making pension payments. Between the inadequate property tax funding system and the unpaid pension payments, CPS now has huge budget gaps to cover.

This has led to a lot of instability in CPS. The Chicago Teacher Union went on strike in 2012 for 8 days over negotiations about teacher salaries and evaluation systems. Under Mayor Rahm Emanuel, the Chicago School Board closed 50 schools in 2013 following huge budget cuts; the school closings almost exclusively affected students of colour.

In the most recent effort to ease the CPS budget gap, a bill was proposed in the Illinois legislature in June 2016, which would have alleviated the $700 million CPS has to pay to the Chicago Teacher Pension Fund in June 2017 by $215 million. Governor Rauner vetoed this bill in December 2016, leaving CPS to scramble to cover the budget gap mid-school year. Rauner vetoed the bill because he felt that Democratic lawmakers had not done enough to fix the pension crisis and it would be a “bailout” for CPS. Rauner had two key things he wanted in return for approving the bill. First, he wanted a freeze of property taxes, which would directly affect the funding for public schools. Second, he wanted progress to be made on his idea of pension reform, which is very complicated. In essence, it would switch all future work (and salary) to a 401k-style plan, which teachers have pushed back on because they could lose some of what they have already bargained for in their pensions. All of this comes on top of the entire state of Illinois not having had a budget for 2 years because of a stalemate between Democrats and Republicans (led by Governor Rauner) over pension reform.

Chance the Rapper was not pleased with the outcome of his meeting with Rauner and said Governor Rauner gave him vague answers to his questions regarding CPS funding. A few days after the meeting, Chance made an announcement at Westcott Elementary School that he would be donating 1 million dollars to CPS and making more donations specific CPS schools. The donation will help cover the $46 million budget cut CPS is undertaking mid-school year, in order to make the pension payment in June. Chance has always been invested in Chicago and this is his most generous backing of Chicago youth yet.

The pension reform crusade that Governor Rauner has been on since he took office is being taken out on the children of Chicago and their educations. As CPS CEO Forrest Claypool said, “the governor has decided to hold 400,000 schoolchildren hostage to his political agenda, one that has nothing to do with the education of schoolchildren.” The governor seems to not understand the effect of his continued hindrance concerning CPS funding; or if he does understand its effect, he simply does not care about the education of nearly half a million children. Illinois does need extensive pension reform, but it is unfair to use CPS funding as leverage in negotiations because CPS funding has direct effects on the opportunities available to Chicago students now.

The ongoing feud between Governor Rauner in Springfield, Democrats in the state congress and the teachers, principals, unions, families and students of CPS is indicative of the national political climate. For a majority of Obama’s Presidency, Republicans and Democrats were completely at odds and the federal government was at a stalemate. This partisanship has continued, if not escalated, into Trump’s presidency. Such stalemates in the federal government can at times seem inconsequential because it is hard to see the direct result of legislation D.C. politicians are arguing over. This is where the situation in Illinois differs from the federal one –– the effect of this gridlock is categorically affecting whether children in Chicago will finish their school year and how next school year will go. As this goes to press, CPS is debating whether to end this school almost one month early. Although that would save the system a lot of money, doing so would also mean losing 3 weeks of education for the students, as well as child care and safety nightmares for families because city summer camps and activities don’t open until much later in the summer, when the regular school year would have ended.

It is time that all the politicians in Springfield, from Governor Rauner to Democrats in the Illinois Congress, begin to collaborate and create a budget for Illinois, which includes realistic, fair and sustainable funding for CPS. They need to see the big picture, which is that kids and parents should not be unsure about whether their teachers will be at school next year, or whether their school will even be open next year. Chance, along with all of Chicago, is calling for an end to this stalemate for the sake of Chicago kids.