Glory or Mourning: Does Remembrance Day Worship the Fight or Respect the Fallen? 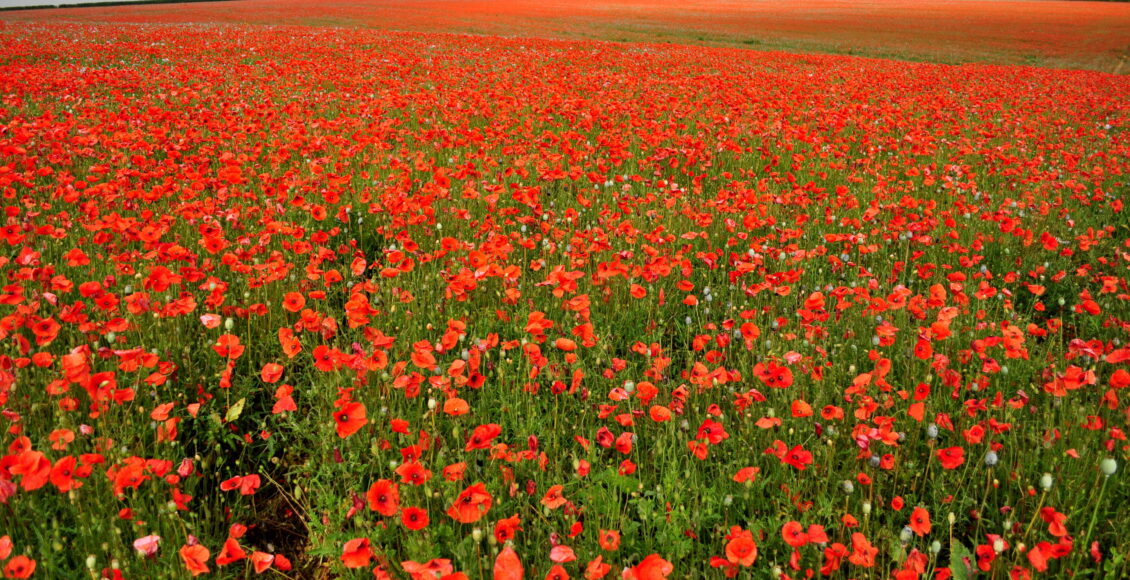 Near the end of October every year, without fail, poppies begin to emerge on the left side of peoples’ chests. They serve as a silent recognition of the fact that November 11, Canada’s day respecting veterans and those lost in war, is approaching. Remembrance Day, originally called “Armistice Day,” was first observed on November 11, 1919, in the United Kingdom, as a way of honouring the armistice agreement that ended the First World War. It evolved in the years after to represent the lives lost in all wars, not just World War I. The poppy, which grew on the graves of fallen soldiers and the fields of concluded battles, was adopted as a symbol worn in observance.

This signal is notably less present in Quebec, where Remembrance Day is rarely observed. While 89 per cent of Canadians outside of Quebec believe that veterans have made a significant contribution to the development of Canada, only 66 per cent of Quebecers do. This might come from distinct associations with the advent of the holiday. Quebecers detested it when, in 1917, Anglophone Prime Minister Robert Borden conscripted them, along with other able-bodied Canadian men, to fight in the First World War. French Canadians often felt as if they were being coerced into fighting in the Englishman’s war. The massive human cost of the war – 45,000 Canadian lives lost, many of whom came from Quebec – further cemented this divide.

While this anger persists, its potency has decreased since the early days of Remembrance Day recognition. Indeed, a large group of Quebecois veterans have recently been arguing for the provincial government to recognize the day as a statutory holiday, meaning workers would be granted the day off. Perhaps, over time, the wounds of the past have somewhat healed. Since conscription, many thousands of Quebecers have served without coercion in countless theatres of conflict. In other areas, provincial governments have given Remembrance Day the special status that some veterans want it to have in Quebec. The majority of provinces recognize Remembrance Day as a statutory holiday. These provinces, including Newfoundland, Saskatchewan, and British Columbia, view it important to grant individuals the day off to participate in memorials.

Manitoba, Nova Scotia, Ontario, and Quebec are the exceptions, where Remembrance Day is not observed as a statutory holiday. Despite this, they still have some recognition of veterans, such as taking a moment of silence out of a workday. There has been controversy over whether or not a statutory holiday is justified. Many veteran groups argue that granting a day off for Remembrance Day turns the day of mourning into a time of celebration for families looking for a long weekend getaway or vacation. The Royal Canadian Legion, an organization that advocates for veterans’ interests in Canada, has suggested that having Remembrance Day as a statutory holiday would limit the importance of the memorial because it would reduce the amount of effort that people need to make to participate. Ontario, Newfoundland, and Nova Scotia have cited this as a reason for declining to observe the statutory holiday as other provinces did.

There are also concerns about the nature of Remembrance Day which come from an opposing standpoint. For example, a movement to wear white rather than red poppies views the current observance of Remembrance Day as a celebration of war rather than a day to honour soldiers. In the last five years, stores’ stocks of the white poppy variant have more than doubled. The white poppy is meant to be a call for peace and the mourning of the loss of lives on any side of a conflict. Supporters of the White Poppy Movement argue that Remembrance Day exploits the public’s sympathy as a tool to support the military. For instance, they point to poppy sellers going hand in hand with military recruiters to suggest that the day merely serves to bolster the armed forces of the West, which continue to sell weapons or involved themselves in countless conflicts around the world.

However, many argue the opposite – that Remembrance Day serves to aid veterans rather than glorify war. In Canada, the proceeds from sales of poppies tend to go to the Royal Canadian Legion, which uses the funds to provide services to veterans and help them reintegrate into normal society. The legion serves the purpose of aiding veterans who have suffered both physically or mentally from war and their service. Indeed, I hardly remember much glory in all the Remembrance Day assemblies that I participated in while in high school. Perhaps a young child would ask, “what’s it like to fly a plane?” or “did you shoot your gun?” but most common were veterans discussing the trauma they faced in war.

Those veterans who speak at assemblies, memorials, and services are our closest conduits to the experience of the horrors of war – they are the ones who have experienced it most directly. The experience of veterans and their description of it is rarely rosy and filled with glory. War is a traumatic experience for many, even beyond the 15 per cent of veterans who report having symptoms of Post Traumatic Stress Disorder (PTSD). While some veterans maintain that they had a good experience within the military, they still had to experience the horrors of war face to face and rarely glorify those experiences. Even widely broadcast speeches, like those of Prime Minister Justin Trudeau, speak mostly to the sacrifice and trauma inflicted upon veterans rather than the glory of fighting or dying in war.

Regardless of how one observes Remembrance Day, November 11 brings up an important annual discussion surrounding the glorification of soldiers and the military machine. Whether you decide to wear a red or white poppy, we can agree that the senseless casualties of war ought to be lowered, and those who have lost their lives ought to be mourned and honoured.