Here We Go Again – Constitutional Crisis in Bosnia and Herzegovina 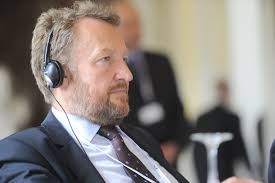 March 1st, 2017 marked the 25th jubilee of Bosnian and Herzegovinian (BiH) independence. Not much has changed in the way the national holiday is celebrated over the past quarter decade. The predominately Serbian Republika Srpska entity does not recognize March 1st and instead chooses to celebrate the recently proclaimed and unconstitutional Republika Srpska day. In the other entity, the Federation of Bosnia and Herzegovina, the day is cherished by Bosnian Muslims or Bosniaks as a fulfilment of century-long aspirations for self-determination. For Croatians, meanwhile, it is simply another non-working day to be skillfully morphed into a long weekend. Needless to say, the Bosnia and Herzegovina of today is but a shell of what any of the three constitutive ethnic groups envisioned when the country declared independence in 1992 and was united under the Dayton Accords ceasefire in 1995. The country is engulfed in a never ending constitutional crisis as the contours of peace begin to decay.

Outside of marking a milestone, this year’s March 1st festivities are shadowed by the release of long suppressed tensions, bringing the country seconds away from boiling point. Relations between the constitutive groups have been tense since the war came to an end in 1995 and reached new lows when Repubika Srpska security forces refused to cooperate with federal authorities last year, leading to a contained showdown between Serb and Federal police that eventually saw peaceful resolution. Tensions between Sarajevo and Banja Luka continued to spiral out of control when, in January, Republika Srpska unilaterally held a referendum on its own independence day. The BiH Constitutional Court and International High Representative Valentin Inzko declared the referendum a clear constitutional breach; nonetheless, long-standing President of Republika Srpska Milorad Dodik proceeded to celebrate a day that for many citizens of BiH marks the beginning of Serbian aggression on their country.

Another Round of Uncertainty

The failure of BiH as a state of coexistence and consociationalism was on display yet again, in the days leading up to March 1st. The Bosniak representative of the tripartite presidency, Bakir Izetbegović, built the foundations of equality in Bosnia and Herzegovina. Izetbegović submitted a request for revision of the ICTY’s (International Criminal Tribunal for the former Yugoslavia) ruling on BiH’s suit against Serbia for genocide, without approval of either the parliament or the Serbian and Croatian presidents. For the Bosniak representative the decision is in accordance with a 2002 presidential council decree which appointed Bosniak Member of Parliament Sakib Softić as the state’s legal agent and representative to the ICTY.

Under the guise of safeguarding the rule of law, Bakir Izetbegović has endangered that very principle. Bosnian and Herzegovinian Minister of Foreign Affairs Igor Crnadak, an ethnic Serb, sent a diplomatic note to the Secretariat of the International Court of Justice declaring any action taken by Softić illegal. However, BiH ambassador to the ICJ Mirsada Čolaković, a Bosniak, refused to deliver the letter. Minister Crnadak countered, accusing Ambassador Čolaković of usurping state powers in favour of the Bosniak polticial entity, warning that Izetbegović’s actions set a precarious precedent which could lead to a breakdown of the entire diplomatic network of BiH. The Serb member of the presidency, Mladen Ivanić, maintains that Serbian civil servants and politicians will not opt out of federal institutions, but demands a repeal of the Bosniak request.

The power play between Serb and Bosniak politicians left the ICJ with few options other than to request all three members of the presidency to declare their constituency’s stance on Softić’s legitimacy in front of the court. As with most issues in BiH, consensus of all three groups is almost never attainable. What was originally a Bosniak-Serb quarrel for preeminence has now roped in the smallest constituency as well.

The crisis now enters a new phase in which all eyes are focused on Croat representative Dragan Čović. Caught in the crossfire, Čović has so far remained neutral in the matter. If Čović were to oppose the suit’s revision he would be seen as a traitor in both Bosnia and Herzegovina and in Croatia, where the scars of Serb aggression have not been forgotten. Should Čović support Izetbegović in his constitutional abuse he would in effect burry Bosnian and Croat aspirations for political parity and institutionalize further Bosniak abuse of Croatian rights within the Federation of BiH. The political dilemma is followed by recent cries from the Croatian minority for a third political entity that would guarantee Croats the right to elect their own representatives and secure the provisions originally agreed to in the ’95 Dayton Accords.

If there was ever a more revealing moment of Bosnia and Herzegovina’s rotten political basis, it is now. The Croat representative is suddenly forced to balance between the needs of his own kin and the state he ostensibly represents. Despite their secessionist tendencies, the Serbs in BiH are for once seen as champions of unity. Continuing the twilight zone-themed crisis, the Croats find themselves in an ‘unholy alliance’ with war-time enemy Serbs as they resists increasing Bosniak hegemony. A quarter of a century ago Bosniaks and Croats paraded the streets together, celebrating independence from Yugoslavia. Twenty-five years later, Croats are estranged in their own lands, Bosniaks are frustrated by their inability to govern despite their majority, while Serbs live on in a country they fought to divide.

Where the country goes from here remains a mystery. Adding insult to injury, the Turkish ambassador denied his signature to the Peace Implementation Council’s condemnation of Izetbegović’s unilateral action. The Council’s resolution managed to unite the European Union, Russia and the United States on the matter, but Erdogan’s support for Bosniak ‘unitarianism’ is yet another kick in the teeth of the Dayton Accords. As a result of the heightening tensions, Bosnia and Herzegovina’s path towards integration with Europe has been put on ice for the time being. It is now a question of when or whether there will be motivation to proceed once this edition of turmoil blows over. The region enters testing times as tensions between Kosovo and Serbia continue to worsen, Macedonia endures yet another ethno-political crisis following parliamentary elections, and Montenegro unravels the truth behind the Kremlin’s attempted coup last fall. Like most issues, the current impasse surrounding Softić’s role in the Haag will be resolved by external pressures on all actors, and stability will return to Bosnia and Herzegovina in the interim. Unfortunately, as with every challenge to Bosnia and Herzegovina’s institutions, the opportunity to implement much overdue reforms – guaranteeing a prosperous future for all constitutive peoples – will be squandered. Until next time…