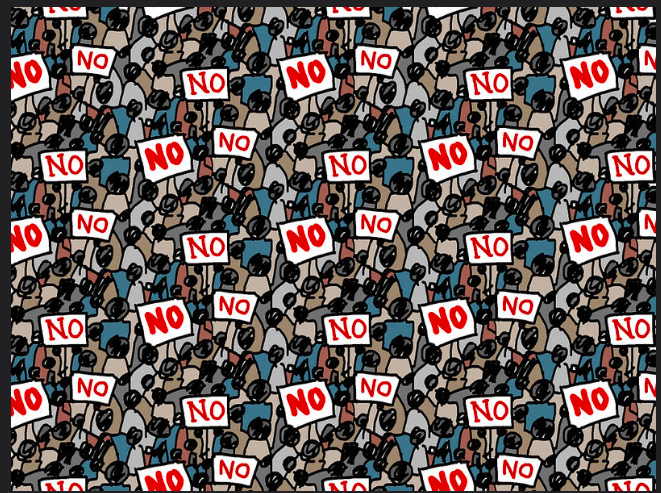 Progressive social change is a grand illusion that can be reduced to debates on the right of free speech. When aspiring to shift paradigms or resolve an issue, pursuing that right without regard for strategy or law might give attention to your cause. At the very least, it can disrupt those you wish to stop. Attempting to throw day-to-day politics into disarray is costly at times. Doing so in the absence of warrant for the status quo could even be inefficient for change. 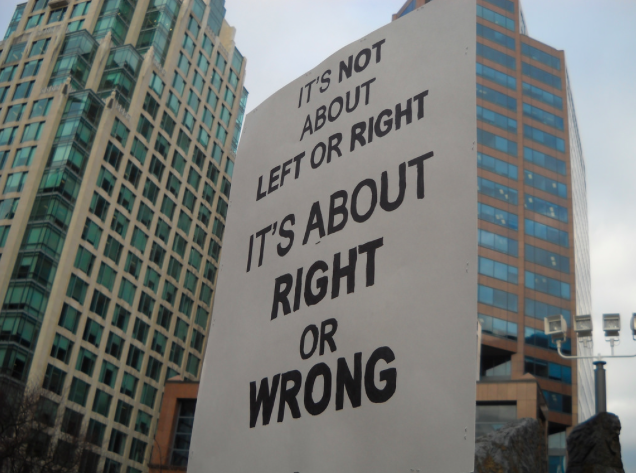 It is first important to define civil disobedience herein as the breaking of laws or refusal of fines in a non-violent manner, in order to express one’s opinion on societal or political events, commonly their disapproval of those laws. Free speech is not a necessity for expression. Political expression, influenced by free speech, can express itself outside of the applied privilege. The two converge in regions with well established rights, but are ultimately separate spectrums of communication.

To that end, civil disobedience will be analyzed as a globalized occurrence , including but not limited to the Western, democratic experience related to free speech. A concrete example is Kenya, a country with deep-rooted human rights issues, has seen recent optimism in the right to civilly disobey thanks to foreign governments monetarily boosting the legal presence and media abilities there, in the form of monitoring missions during elections. A further recent example is China’s alleged ethnic (albeit imperial) displacement in Sri Lanka. By economic means, Chinese companies are  pushing out the little institutional rights Sri Lankans enjoyed, and they have been pushed to protest. Without accepted means to do so, backlash has turned violent. Rights are a privilege within protest.

Nonetheless, when aspiring for civil disobedience, a non-violent reaction from the state cannot be presumed. The state controls all legal use of violence, justly or not. In a partisan society, civil disobedience can be met with brutality, forcing citizens to take on pre-emptively violent approaches. Civil disobedience is not always the sole mechanism for development. If available, media and the political and justice systems can be excellent tools for change.

From a strictly constructivist perspective, institutions are those created presences that create normative behaviours upon actors. Rights, on the other hand, take on a more epistemic view insofar as society decides upon them based on their moral justification, rather than the power that comes with them; thus preceding economic rights. The latter is more likely to fall to corruption in political systems led by dictators, or where democracy is weak. However, a weaker democracy can include one that has a poor free media institution, and this can lead to fewer or weaker normative values impacting society. Without viewing a possibility of one’s experiences being accurately represented within popular media, the expression of those opinions is less incentivized in society and is isolated from outside, democratic norms.

Strategically speaking, the decision to disobey the law to establish progress, as opposed to working through the legislative or judicial system in order to do so, is one difficult to place within a salient vacuum. Potential anarchists, revolutionaries, and reformists alike cannot assume laws or legislature are constantly just, nor that they have the basic human rights to contravene them. Put simply, the two can exist as privileges just as easily as they can be disadvantages. With expression a static need across the globe, the variable remains to be the political system. Choices of protestor’s actions exhibit the privileged system they lie within, as much as they do the disadvantaged.  The types of civil disobedience are another, this time applicable, question to throw in the mix, answered by case studies or new and willful theories.

If an issue has already occurred, and your government allows free press, a better, more lawful way to promote change is to call your political representatives or get your opinions published. The only other option is that of prospective democracy, sitting and waiting for the next election on an issue (issue-specific, direct democracy would make this more effective) or going into talks (representative of a minority or other group) to request a plebiscite, without unfair campaigning on the part of those in office. These discussions, lobbying, and pop-up elections can be made more effective when a strong media presence portrays them in a positive manner and gives the cause a butterfly effect of some sort. At another extreme, citizens can take part in permanent campaigning for parties or politicians, to constantly remind others just how they wish for certain problems to be dealt with.

If an issue has yet to happen, or if the legislature does not yet exist in order to lobby against it, possible solutions become much more complex. An easy use of defiance is to gain awareness of an issue. With preemptive protest comes less universally-accepted knowledge of the problem, and protests become smaller and less effective, with little public sympathy to rely on for coverage. A law-abiding alternative is to get a diverse array of ever-evolving perspectives published in popular media, albeit requiring free speech. 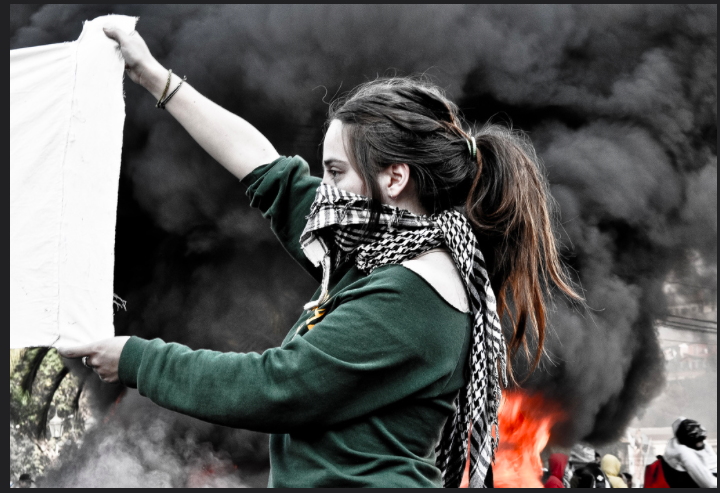 Protest is a good choice when just institutions do not exist, or when the media would not represent or vocalize legal lobbying though these institutions. A recent successful example of a government reneging on a decision was the Polish parliament relaxing abortion laws after Black Monday; this may have been due to the number of women marching, as well as the great international media presence. However, it was more likely successful because it focused on a singular issue that was easily digestible by the media. In contrast, the more general Women’s March on Washington did not change any legislature, even if it did integrate more factions of society into feminism. When a protest is not large enough or controversial enough, it may not get the media attention to do it justice and thus becomes a waste of resources. In authoritarian countries where protests do not access international coverage, protests can be met with even harsher backlash.

It is easy to assume that rights exist and that there is a possibility to choose a method for expression. Under certain governments, any potentially-subversive act can be one of defiance, if the laws are strict enough, like in Saudi Arabia, or punishment volatile enough, akin to the Venezuelan government. We have not seen another Beijing protest similar in scale to Tiananmen Square; volatile backlash distorts the decision to disobey. Not having rights places resistance on a fast track to protest. Not having the proper institutions for those rights is another story.

Theoretically, current contempt for marchers and vigil-holders alike could be seen as a good thing in the future – those who shocked the social system into better attitudes might be held in a more positive light in years to come. For example, it was surreal to use Facebook as an organisational tool until the Arab Spring, and it has been a wildly popular call to action tool since. Society, however, will constantly be at ends defining what is a better attitude. Some may think social media as a political tool represents progression; some may think it represents regression to mob mentality.  The want for social reversion is not an exclusively conservative issue. A recent, comprehensive example is the Unite the Right rally in Charlottesville, where the lack of civility stemmed from poor social intentions. Protesting in an impudent manner can come from either sides of the political spectrum. In Latin America, where the pendulum has swung from left to right for generations, violent protests and insurgencies have been equally common on both sides. Returning to Charlottesville, social reversion departed from its conservative roots (a civil political process) and became angry rioters who felt they could no longer manipulate society or its institutions, thus becoming intolerant to it. That departure is important to note here because, unlike the preemptively violent protests previously discussed, which are still problematic at best, rioters in Charlottesville had no push from an oppressive government to cause harm.

To simplify the decision to protest or not is a difficult one. Prevailing factors prove that available institutions of government, be it legislature or the judiciary, once accompanied by appropriate media representation, render civil disobedience a poor choice on the part of a cause. On the other hand, a government without the institutions of law and politics and societies without free press, or with corrupt versions of them, must expect its citizens to choose unlawful forms of expression. Violent protests are a possibility for any form of government. Under weak governance, specifically strong para-military presence, the chances of it occurring are even higher. Pre-emptive violence is a high possibility when a government’s reaction to civil disobedience is volatile, and the preservation of law seems futile.

Under a free and just society, a person’s expression of opinion can effectively establish change through a political institution, be it parliament or media. Veering into autocracy, opinion and change can only be expressed through breaking from such constructs. The bottom line for societal change is manipulating the system in which you find yourself. In a society with functioning legal and political institutions, choosing to follow the status quo, whether through appealing court decisions or lobbying the capital, also depends on the media presence, i.e. if societal reaction will be awareness or defamation. Where those institutions do not exist, civil disobedience is the appropriate choice. Decisions become tricky where the legal use of violence will be used unjustly by the state, in reaction to non-violence. Political expression must be maneuvered through the tricks and traps of media, judicial, and legislative systems, with the finishing conclusion relying on just how democratic and violent these systems will be in response. Civil disobedience may originate from good intentions, but its applied outcomes may be miles away from them, shadowed by violence.