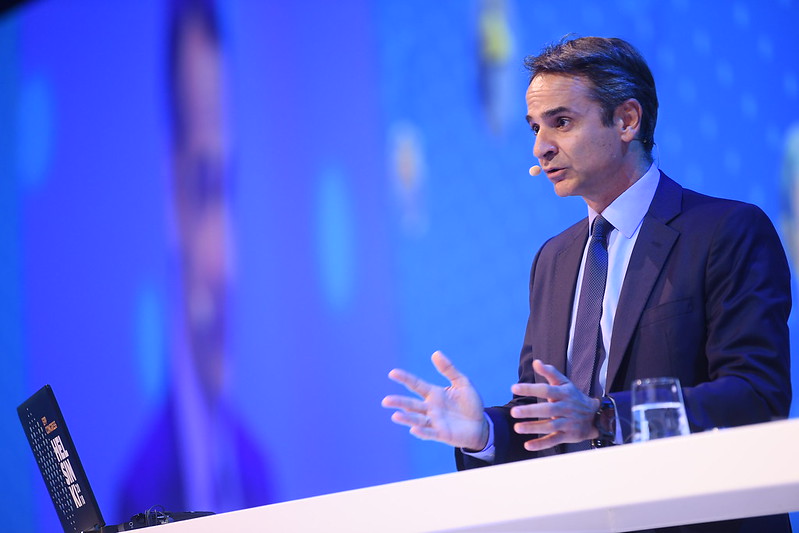 The question of the efficiency of the European Union is still present in European news, and things are still looking grim when it comes to member states’ confidence in the European Union’s policies. Countries like France and Austria have expressed their skepticism when it comes to the efficiency of the European Union. The rise of far right political parties throughout Europe can be seen as an indicator of this.  Greece, however, has maintained a relationship with the European Union despite the hardships that followed the 2008 economic crisis. It has also seen a decline in the support of the radical right, leaving the nationalist party Golden Dawn out of parliament in the July 2019 elections. Following the election of Prime Minister Kyriakos Mitsotakis and his party, New Democracy, Greece seems to be on a path towards economic flourishing and further European integration.

In 2015, Greece elected the left-wing party Syriza with Alexis Tsipras as its head. Syriza was one of the first to express its discontent towards the Union, embodied in the form of the  2015 referendum, which asked the Greek people whether or not they were willing to accept Europe’s bail-out conditions. Prime Minister Alexis Tsipras urged citizens to reject Europe’s bail-out terms, a decision which would naturally create a schism between the European Union and Greece.  The response, an adamant  “No” echoed loud and clear from the Greek population, who had associated Europe’s economic terms with tough austerity measures.

After two quite public bailouts and three EU-sponsored Economic Adjustment Programmes, Greece was performing poorly in comparison to most European countries and was far from efficient resource handling. The Greek Syriza government had, on multiple occasions, expressed its aversion towards the Eurogroup; it had refused to cooperate smoothly with the Union’s requests and questioned the measures that were implemented on the Greek economy constantly. This cleavage, as outlined in the Greek book The Last Bluff  by Victoria Dendridou and Eleni Varvitsioti, carried on throughout the Syriza term, which ended in July 2019.

In the election, Greece’s right-wing party New Democracy saw an immense rise in support, amassing 33% in Greece’s European election, leaving Syriza behind at 23.72% and forcing Tsipras to call for general elections. In the July 2019 general legislative elections, Greece was ‘painted blue’—the New Democracy colour—with New Democracy winning the election with almost 40% of the vote. Kyriakos Mitsotakis swore in as prime minister on July 8, 2019.

The question of the nature of Greece’s relationship with the European Union after this change of government was one of the first to arise following the election.

Mitsotakis rushed to express his support for the European Union and New Democracy’s ministers seemed all-promising of reform and EU-like governance. The New Democracy Program, published right before the 2019 elections, clearly indicates that the newly elected party plans on re-establishing Greece’s position within the European Union’s decision-making and economic standards.

Statistics from the International Monetary Fund (IMF) indicate that the Greek economy has been experiencing an upward trend in GDP growth, and that it is expected to accelerate to 2.5% within a year. This would place Greece in the ‘upper-tier’ of the European Union in accordance to growth. The country is also beginning to see lower unemployment, and it is finally meeting its fiscal targets. Although there is still a long way ahead for the economy to run at an acceptable pace,  Greece’s humble economic flourishing combined with the emergence of Mitsotakis’ government could be the start of a rejuvenated relationship between Greece and the EU.

The election of Mitsotakis brought the last piece of the puzzle together—a pro-EU government—for Greece to become the EU’s ‘success story’.

Now experiencing growth, following a recession longer than the Great Depression, Greece can be characterized as an example of how a member state’s economy was aided by the ECB’s constant pushing for economic reform, the loans that came at grand costs to other member states, and the long suffering of the Greek people for half a decade.

People could start considering the possibility that the Greek case is evidence of a successful relationship with the European Union. Greece can be considered an example of how the EU’s guidance  in the amelioration of a member-state’s economy, and that the process of ‘revival’ can be done without the unsalvageable destruction of the member-state’s relation with the Union and the other member-states.

In the context of having a relationship with the European Union, the hardships of the 10-year journey out of austerity have led to marked improvement. However, there is still much left to be done for Greece. Kyriakos Mitsotakis has yet to deliver what has been promised in relation to socioeconomic reforms and Greece’s stance towards the Union. Unemployment is still abnormally high for a European country, taxes remain elevated, and political turmoil is far from over.

It is too early to be conclusive on Greece’s status as an EU  ‘success’ story; however based on the trajectories of both economic growth and the country’s relationship with the EU, there are signs of a correlation between the two. Based on the current political situation and the economic circumstances pointing out positive growth, one could say that Greece is going in the opposite direction of other Euroskeptic countries. Amidst a flurry of Euroskeptic sentiment from even the EU’s strongest members, Greece has subverted all expectations and is showing hopeful signs of economic success while hand in hand with the EU.