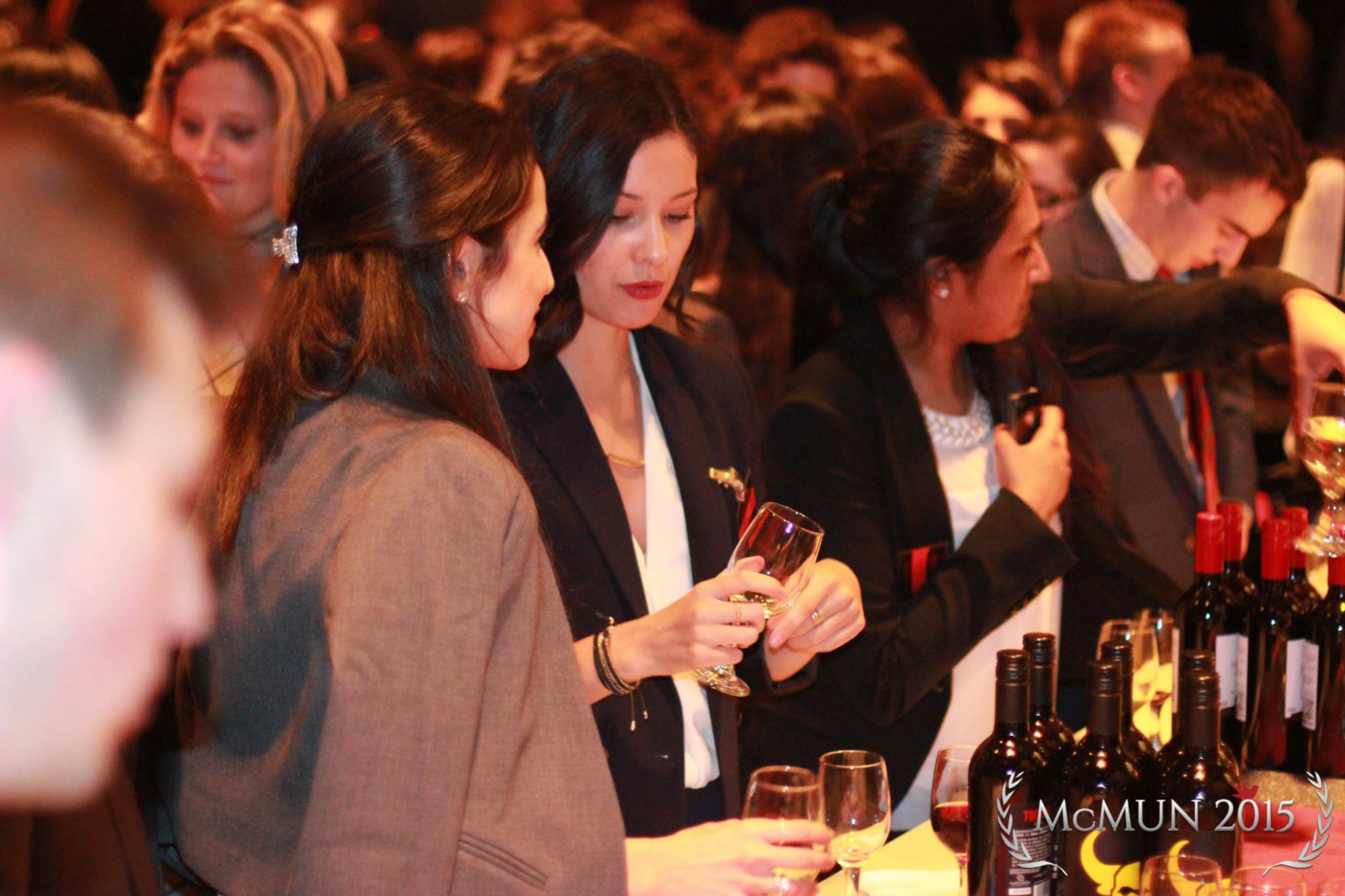 Within the first half hour of the Head Delegate Cocktail on January 22, delegates were slowly trickling in and getting drinks to cool down and mingle with other school representatives, after a busy few hours, starting at the opening ceremony and then the first three-hour committee sessions.

After getting a sense of the atmosphere in the room, we spoke to a few delegates to hear what they had to say about the conference thus far. The first people we interviewed were Daniel, from Université de Sherbrooke and Martin, from Ryerson University. Both had participated in McMUN last year and both had different reasons for their return.

Daniel had attended both the Secondary Schools’ United Nations Symposium (SSUNS) and McMUN as a delegate from Marianopolis, and had loved the experience; therefore, it was an easy decision to make whether to attend this year’s assembly. Martin, on the other hand, thought McGill was an exceptional institution and wanted to learn more and thought what better way to acquire more skills than from one of the best schools in Canada.

“The different ethnicities you encounter at the conference are super interesting. I’ve met people from Australia and from all over, and I can’t wait to meet more people,” Daniel said.

“Even if it’s just a four-day conference, you meet interesting people and you receive valuable information,” Martin added. “Coming to a conference like this definitely makes you feel special and thankful to have had the opportunity to do so.”

Andrew, a first-time delegate from the University of Prince-Edward Island, however, stated that despite the diversity of individuals at McMUN, he would have liked to have seen delegates from universities of less privileged backgrounds.

“We [the delegates of the University of Prince-Edward Island] had to fundraise to come here [to the McMUN 2015 conference], McMUN should incorporate more diverse schools that can’t afford it. I would’ve liked to have seen a balance between rich and less fortunate schools,” Andrew said.

Martin found it relatively easy to access McMUN. He applied early, got accepted and bought a $5 round-trip Megabus ticket.

Sherbrooke was a different story. Daniel found the process was difficult, because Sherbrooke had never sent any delegates before, so no one really knew what to do to prepare and get organized. He was, however, extremely grateful for all the help the McMUN executives were offering.

Rebecca, Andrew’s co-head delegate from the University of Prince-Edward Island, and Arisha, a delegate from Ryerson University, both emphasized how their experience at Model UN so far has been positive and insightful. Arisha recently heard about the conference and seeing as it’s her last semester, she thought why not – she’d only heard good things about the weekend.

“As a second year McMUNner, my delegation and I had so much fun last year that we’ve sworn to come back every year. It’s a good mix between serious and funny. You get close to people, there’s an amazing diversity, and it’s not just Canadians and Americans,” Rebecca said.