Hear the Wedding Bells Ring: The Dark Side of Child Marriages 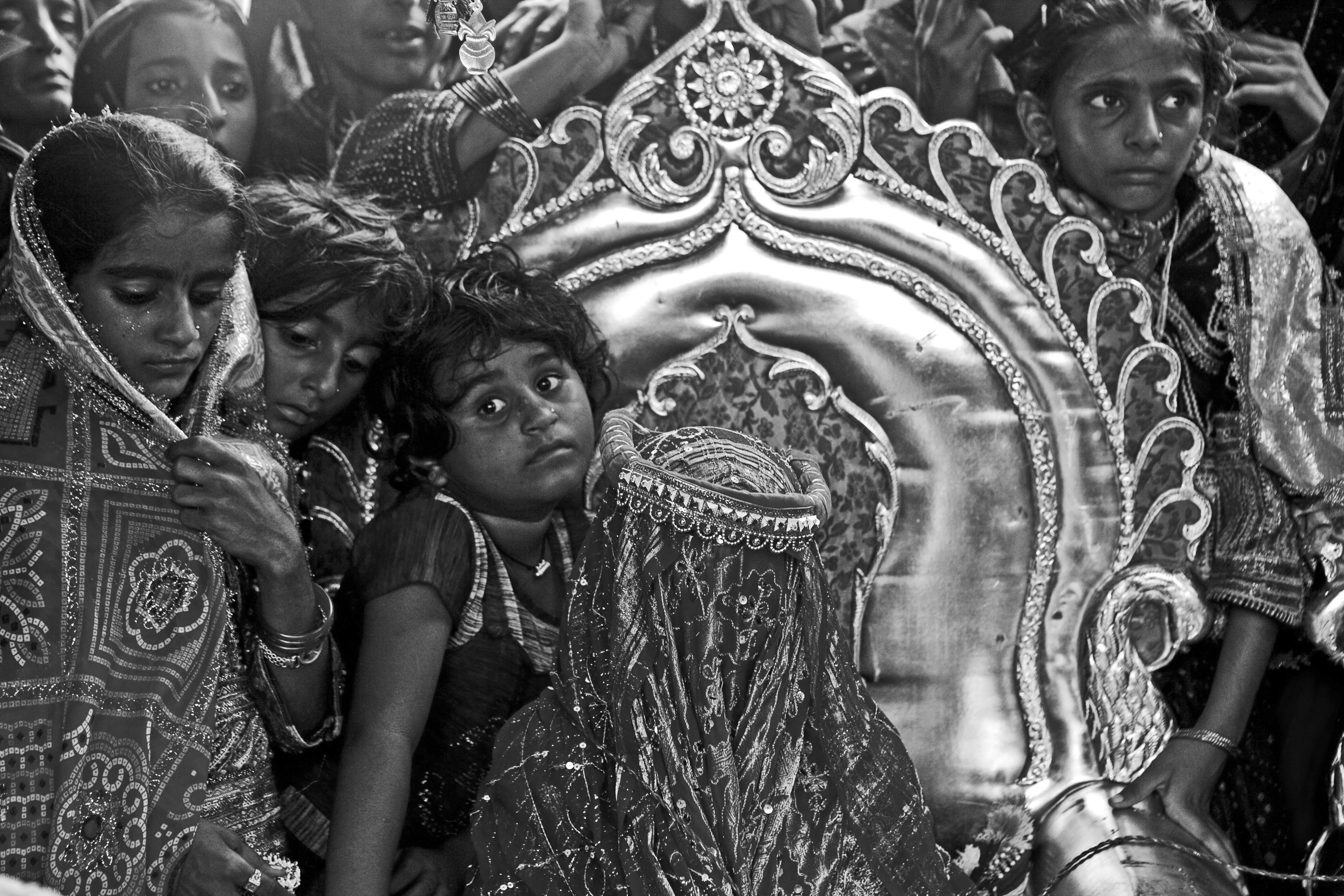 Every minute, 28 girls under the age of 18 are married against their will. Over 700 million women alive today have been married off before their 18th birthday. By 2050, over 1.2 billion girls will have become child brides. [1] This tradition is found in many regions of the world: East Asia and Pacific, Latin America and the Caribbean, the Middle East and North Africa, Sub-Saharan Africa, Eastern Europe and Central Asia, and South Asia.

Child marriage arises as a result of three driving forces: tradition, poverty and security. The reason child marriage has persisted into the 21st century is due, simply, to tradition: it has been this way for generations – why change it? The marriage of a child to a significantly older man has deeply embedded traditional roots in numerous cultures. Other major reasons to engage in this practice include persistent poverty and rigid gender roles. [2] Parents arrange the marriage of their daughters in exchange for financial compensation, relieving them of one less mouth to feed, body to clothe and mind to educate by handing them over to would-be husbands. Generally, the younger the bride, the higher the price. [3] Moreover, from many struggling parents’ perspective, marrying their child to an older, mature man seems like the best solution for security and protection purposes. Marriage will supposedly protect the girls from rape, premarital sexual activity, unintended pregnancies and sexually transmitted infections. [4]

The consequences of child marriage for these unfortunate young girls are horrific. Not only is a child bride suddenly plucked from her family, home, friends and school, but she is also forced to consummate the marriage immediately after the wedding. This is usually imposed through brute physical strength and violence (ie., rape). [5] The risk of sexually transmitted infection is much higher for girls who marry at very young ages: married girls are 50% more likely than unmarried girls to become infected with HIV. [6]

After becoming a bride, the next step is to become a mother. Because their bodies have not yet fully developed, young mothers unsurprisingly face far greater risks of pregnancy complications. The damages sustained by young girls serve to make them yet more susceptible to HIV and other such diseases. [7] More importantly, as proclaimed by the UN and other international agencies, the practice of child marriages violates children’s rights and human rights. The Universal Declaration of Human Rights states that “individuals must enter marriage freely with full consent and must be at full age.” [8]

A group of Social Work students at McGill University recently decided that enough is enough. Last week on March 30th, Katja Lorelai Teixeira, Vanessa Miglialo, Christina Kalavritinos, Jamie Farnsworth, Sarah Dudley and Emily Roussos hosted an event called #SelfieInSolidarity in front of the Roddick gates. The MIR had the opportunity to speak to one of the group members, Katja. A transcript of the interview is provided below.

MIR: What exactly is the campaign that your group came up with and what are the objectives?

KLT: The #SelfieInSolidarity Challenge is basically an awareness campaign to bring light to the fact that child brides are still a reality around the world today. Our goal is not to shame child brides, since this is a practice that is linked to years of tradition, and deeply rooted social and cultural norms.

Ultimately, our objective is to raise awareness about child brides through social media. We challenge people to share a selfie to Facebook with the hashtag #SelfieInSolidarity, along with a statistic about child brides. This not only educates the person who is sharing the selfie, as they are looking up information about child brides, but shares this information on social media to their immediate circle of friends. We are also encouraging the person sharing the selfie to nominate 2 friends to do the same, thus increasing the circles of people this challenge reaches.

MIR: How did you and your group come up with this campaign/challenge?

KLT: Initially, this started out as a class project. We are all social work students, and we were given the assignment to take action on a social issue. Some options were to attend conferences, events, or 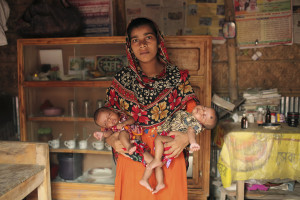 even wear a pin around school to raise awareness for a certain oppressed population or cause. The topic we wanted to focus on, child brides, didn’t fit under any of these categories, so we decided to make our own event. Inspired by the Ice Bucket Challenge for ALS, as well as other social media movements, we thought “what better way to raise awareness than through selfies?” People take pictures of themselves all the time… what if they attached a statistic to that selfie?

MIR: Why should we even be worried or bothered about child brides?

KLT: It’s a slippery slope to speak about since child marriages are deeply seeded in the culture of the countries where it is practiced. In areas where girls are at a high risk for physical and sexual assault, marrying the child off ensures their safety as they are protected by a husband. Along with issues of poverty (dowries and one less mouth to feed being the family motivation), gender roles (women being less valued than men) and tradition (child marriages being normal for centuries) the reasons for child marriage are diverse and complicated. It’s difficult to look at this practice and want to change it, as we are implying that our Western values are superior to theirs, and therefore they must change because we don’t agree with their traditions. What we have to focus on in this case though, is not the tradition itself, but the health risks to human lives that often accompany this practice, and the infringement of the human rights of the children involved.

Furthermore, many of the girls who are forced to marry are not old enough to provide consent. In Third World countries where this practice often takes place, pregnancy and child birth are among the leading causes of death. As mentioned previously, married girls often leave school and so often lack the skills to help their families out financially, contributing to familial poverty. Girls should be girls, not brides. They should have a chance to get an education. Empowering girls worldwide is so important. When girls are empowered, educated and healthy, families become stronger which contributes to a stronger world.