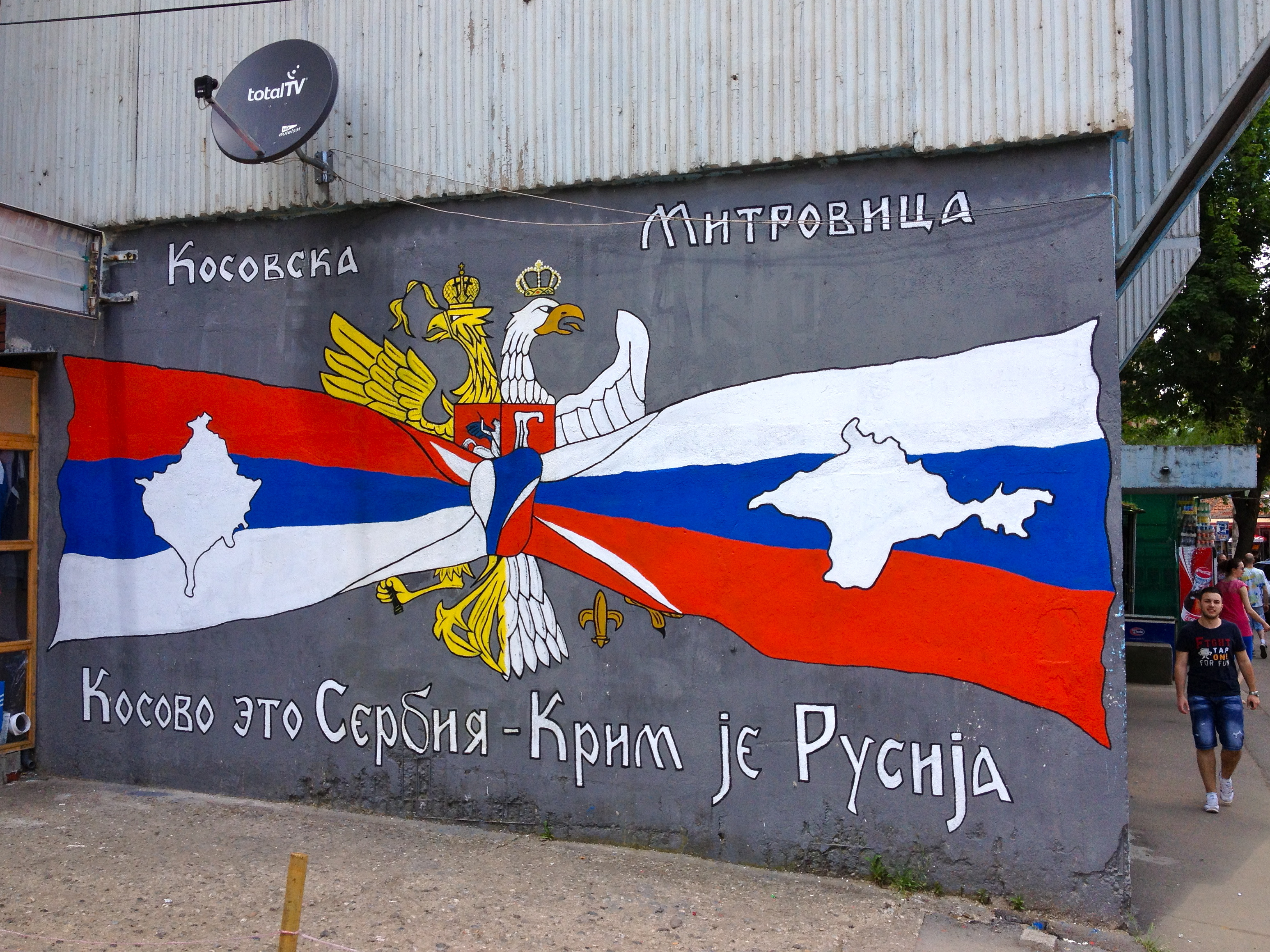 Violence has engulfed the Donbas as conflict between Ukraine and Russian-backed separatists gains a new lease on life; Estonians arm themselves in fear of a Russian onslaught. Meanwhile, while in Bosnia and Herzegovina the ceasefire constitution is starting to seem as more of a halftime than sustainable attempt at conflict resolution. None of these phenomena are spontaneous, yet none have seen such intense escalation as in the weeks since Donald Trump’s inauguration. The uncertainty looming throughout Eastern Europe has many anxious for what the future holds. For the people of Kosovo, the future shows no signs of brightening up as long as the Trump administration advocates a policy of open arms with the Kremlin. As relations between Belgrade and Pristina worsen, the world stops and waits to see where the new American regime stands on the issue. This state of flux has transformed covert yet cordial antagonism into alarming brinksmanship, reminiscent of the 90’s.

Recent escalations between Serbia and Kosovo have the neighbouring states staring each other down at gunpoint while the high officials of Brussels scramble to ease tensions. The two countries seemed to be moving towards a normalization of relations following extensive roundtable talks in Brussels over the past few months. Although Serbia has refused to recognize Kosovo since the country declared independence in 2008, Belgrade’s ostensible aspirations to join the European Union forced a warming of relations. In 2013, representatives of Kosovo and Serbia met in Brussels to conclude a comprehensive agreement that has brought relative stability to relations up until this point.

A re-heating of tensions began two months ago, when the Serbian municipalities of Northern Kosovo began construction of a concrete wall to divide the multiethnic city of Kosovska Mitrovica into Serbian and Kosovar Albanian halves. The National Assembly in Pristina passed a resolution condemning the wall and demanding a cessation of construction. However, their pleas have fallen on deaf ears as the local Serbian authorities push on with their divisive agenda. For the Serbs, the wall is seen as a matter of cultural protection, while the Kosovar government merely attempts to consolidate its legal boundaries.

Belgrade has shown general disregard for these boundaries time and time again. While playing nice in front of the Junckers and Tajanis of the world, the agenda of the Serbian government seems clouded by their actions in the Western Balkans. On the morning of January 14th, a train emblazoned with the phrase “Kosovo is Serbia” in 21 languages (including Albanian) departed from Belgrade to mark the reopening of passenger travel between Serbia and  Kosovska Mitrovica. The train company’s Assistant Director, Zoran Puzović, assured local media that the design of the train did not intend to provoke the government in Pristina. The company simply intended to decorate the train with “motifs, cultural and spiritual heritage of Serbs from Kosovo”. Whatever the reasons, it should come as no surprise that the Kosovar Albanians regarded the train as an evident provocation.

As the train took its course, Serbian Prime Minister Aleksandar Vučić called for an emergency press conference to inform his people of an alleged national tragedy. “This morning at 8:30 we sent a passenger train, not a tank or armoured vehicle, which was supposed to connect people, citizens in accordance with the values ​​of the EU. Tonight we learned that the Albanians tried to blow up part of the railway. They did not, as they were not even capable to do so. They then sent their troops from Lužani, with long pipes to arrest the train driver, train passengers, securing some kind of political victory, but later we realized that their aim was to create an armed conflict,” said Vučić.  He continued to slander the Pristina government by stating that “the Albanians then sent, without NATO or EU approval, 17 armoured vehicles, to the north of Kosovo in order to provoke a wider conflict throughout the region”. None of these allegations were ever substantiated by any evidence or acknowledgment from Prisitina or international peacekeeping forces on the ground. The train was indeed stopped by Kosovar police at the Kosovo-Serbia border and peacefully returned to the Serbian town of Raška; however, there are no indications of the route’s possible reestablishment.

Nonetheless, Serbian President Tomislav Nikolić added that the protection of Serbian livelihoods around the region was Belgrade’s constitutional duty and that “any further movement of Albanians and their sponsors will be met equally…we are ready to send our army, I too will go, it will not be my first time.” Nikolić was alluding to his role in the aggressions against Croatia and the ethnic conflict in Bosnia and Herzegovina. Sabre rattling for easy political points is no novelty in the Balkans: things are no different this time around.

While Nikolić and Vučić may be protégées of Serbian war criminal and radical Vojislav Šešelj, it is unlikely they would go through with armed intervention. Nonetheless, this naive piece may be voicing wishful thoughts. As Serbian presidential and local elections approach, fear-mongering rhetoric only grows louder. For those living in the region, this trend has become a nearly annual event where politicians get together and compete to see who can stir up more tension with each press conference. Regardless, with Trump’s inauguration the yearly neighbour bashing has displayed dangerous tendencies as the once surefire protector of regional stability seems busy elsewhere.
Caught in the crosshairs of Moscow and Washington, the European Union must struggle for every inch of ground and influence available. Such is the case in Brussels’ constant turning of a blind eye to Belgrade’s startling destabilizing of the region. For the citizens of Kosovo, the scenario is an eerie reminder of the times when Slobodan Milošević’s tanks rolled over Kosovar Albanian cries for independence under the guise of protecting an endangered Serbian minority. Trump’s position on Vladimir Putin’s ‘little green men’ in Crimea is yet to be revealed. With that said, should the long awaited thaw in US-Russia relations come to fruition we can anticipate ‘little green men’ will pop up throughout Eastern Europe. Naturally, it would seem that these days where there is an ‘oppressed’ minority there must be greater repression of the majority. Let us hope the Trump administration has not forgotten the thousands bereaved from the last time the United States showed ambivalence in the Balkans.