The Horn of Africa: Black Rhino conservation in Kenya and how it intersects with community interests 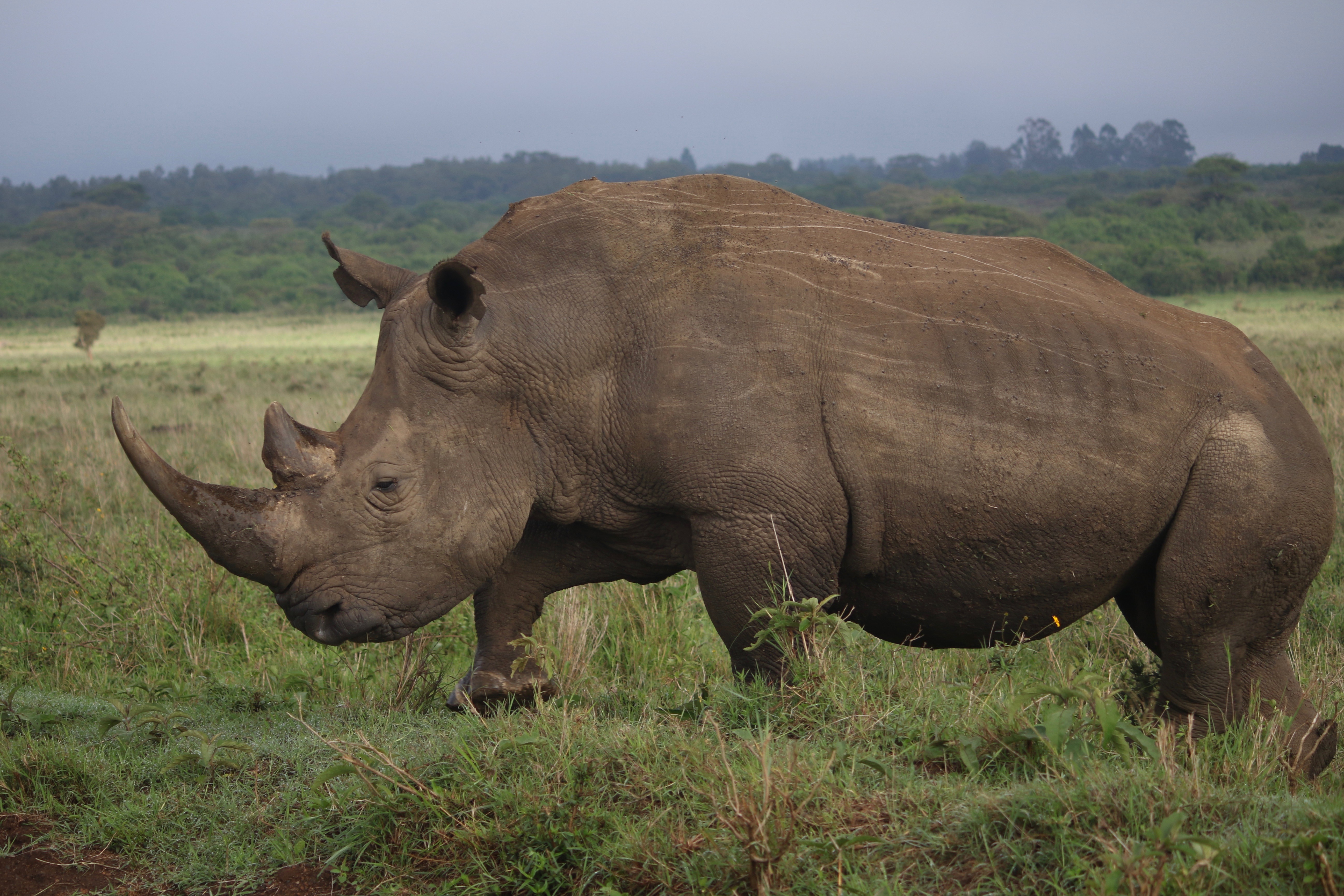 The State of Rhinos in Africa

Global rhino populations today are a tenth of what they were at the beginning of the 20th century. Black Rhinos are at especially high risk of disappearing from Africa. Listed as Critically Endangered, their numbers total just over 5,000. Though this is a marked increase from their low of just over 2000 in the mid 1990s, it is still a far cry from their historical estimate of 200,000.

Though their numbers have been increasing slowly, their long-term survival remains in question. This is due largely to pressure from poaching, originating mostly in China and, more recently, Vietnam. Rhino horn is consumed for its supposed medicinal values and for its societal connotations of wealth. Rhino horns, however, are made up of the same material as human fingernails, keratin, and have no medicinal value.

Recently, changes in demand have driven poachers to pre-process rhino horn into trinkets or powders, making it harder to detect at immigration, and thus, harder to control. Furthermore, recent engagement of North Korea in the illegal smuggling of rhino horns is of increasing concern.

Another key factor involved in rhino population decline is habitat fragmentation. By placing them in parks divided by impassable human infrastructure, populations are unable to mix and interbreed, thus weakening the gene pool through inbreeding.

With all these obstacles in mind, some raise the question, why conserve rhinos? What benefits do they deliver that justify such high conservation spending? To this, there are multiple answers. Firstly, their large size and grazing patterns help maintain grazing land for many other herbivores. From an economic perspective, their presence is highly beneficial to tourism, which makes up 10% of Kenya’s GDP. Lastly, they hold symbolic significance to many, as one of the earth’s distinctive megafauna, which many argue is justification enough.

The Context of Conservation

Authorities have deployed a wide variety of strategies to halt rhino poaching, from fencing projects, to drones, to advanced monitoring systems that predict poacher activity by monitoring zebra movements. Though sometimes successful, these are often not cost effective, with huge capital being put towards the conservation of small, isolated populations. This is because these solutions address the symptoms of poaching without dealing with its cause; poverty.

Conservation efforts have historically benefited the rich, while restricting and harming the poor. Perceived as a threat to sustainability, locals are evicted from their traditional homelands, which are then designated as wildlife reserves. This is based on the highly contentious belief that humans are inherently bad for ecosystems, a belief which has come under fire in recent decades. Communities are dispossessed of their land, resources, and cultural sites, in return for little if any compensation. Further contributing to tensions is the often cited belief that governments and NGOs value wildlife above their own lives, given the disproportionate distribution of help to the community and the conservation.

Beyond the contentious creation of conservation land, the distribution of benefits occurring from conservation has also been unequal. Exercising their power and capital, local elites build luxury tourist facilities, or allow foreign firms to do so for a percentage. This leads to these elites accumulating huge profits from the lucrative ecotourism market, while those whose land the process occurs on receive little to nothing.

All of this converges to create high incentives for poaching. In areas with little economic opportunity, where locals receive little benefit from wildlife, and  and where conservation occurs at great cost to them, is it any surprise that many turn to poaching as a form of livelihood? This understanding should help contextualize recent threats by Joseph Ole Lenku, Governor of Kenya’s Kajiado district, to kill wildlife in parks if local pastoralists continue to be banned from grazing in them.

Though common, the exclusion of communities from conservation is neither the only, nor the most effective, model. Rather than divesting communities of their rights and responsibilities to land and wildlife, many programs have instead sought to support them in their livelihood strategies in ways that encourage long-term sustainability. Rather than shun communities, this model combines the interests, allowing locals to generate revenue from wildlife. When communities receive a share of the benefits, as well as the responsibilities of conservation, they become invested in the lasting survival of wildlife.

Edward Ndiritu, head of the Lewa Wildlife Conservancy in Northern Kenya, summarized it best; “Above all, community ownership is crucial in conservation. Our neighbours are our greatest partners in conservation efforts.” The success of the conservancy at Lewa backs his claim. Having lost all their rhinos to poaching in the 1980’s, the area has since restocked under community leadership, and is now using their growing population to restock other areas: The economic returns have been equally successful, with tourist revenue going towards healthcare improvements, women’s micro-credit, and education facilities, to name some.

Ol Pejeta serves as another example of successfully integrating conservation with community interests. Established in 1989 in the foothills surrounding Mount Kenya, it went from having four Black Rhinos, to 111 today. Though they attribute much of their success in curbing poaching to technological investments, such as K9 units and camera traps, ultimately it comes down to their investments in surrounding communities. Sharing tourism income, such as the $600,000 USD they distributed in 2017, ensures that communities feel invested in their success, and have little incentive to poach. Beyond reducing poaching, this also encourages information sharing between Ol Pejeta and the community, reducing the conservancies costs and helping the community further understand their local ecology.

Despite increasing threats of poaching due to ever-shifting markets, Black Rhinos in Kenya are in a state of recovery. This is aided greatly by Kenya accepting the importance of communities in creating sustainable conservation models, which has proven itself to be highly successful in combating poaching and stimulating livelihood development. Still, the separation of Black Rhino populations poses a serious threat to their long-term recovery and presents new problems in wildlife management. This is because, while community conservation factors in human wellbeing, it still compartmentalizes space as being for humans or wildlife, leaving little room for cohabitation. Since all land cannot be reserved for wildlife, nor would that be desirable, this leads to the wildlife bubbles we see today.

In fine-tuning the community conservation model, the question that must be answered is what balance of community ownership and external conservation efforts, either from the state or NGOs, leads to optimal conservation outcomes? Models in other parts of the country, such as Ol’Kiramatian, have shown that effective conservation can be spearheaded by communities, with minimal state intervention. At the same time, the Maasai Mara National Reserve is a state-run venture that has proven highly successful at safeguarding biodiversity, if less at promoting local livelihood development. The balance is often tenuous, dependant on factors such as history, environmental conditions, and community involvement. Regardless, involving the community to some extent, and allowing them to benefit from conservation, seems not only effective, but ethical.

Liam Ragan is a McGill student studying anthropology and environment. His main academic interests are conservation and how communities can be empowered to be stewards over and benefit from their natural resources. This has led him to work with Indigenous communities in both Northern-Pacific Canada, and the South Rift of Kenya in their efforts to strike a balance between environmental sustainability and livelihood development.