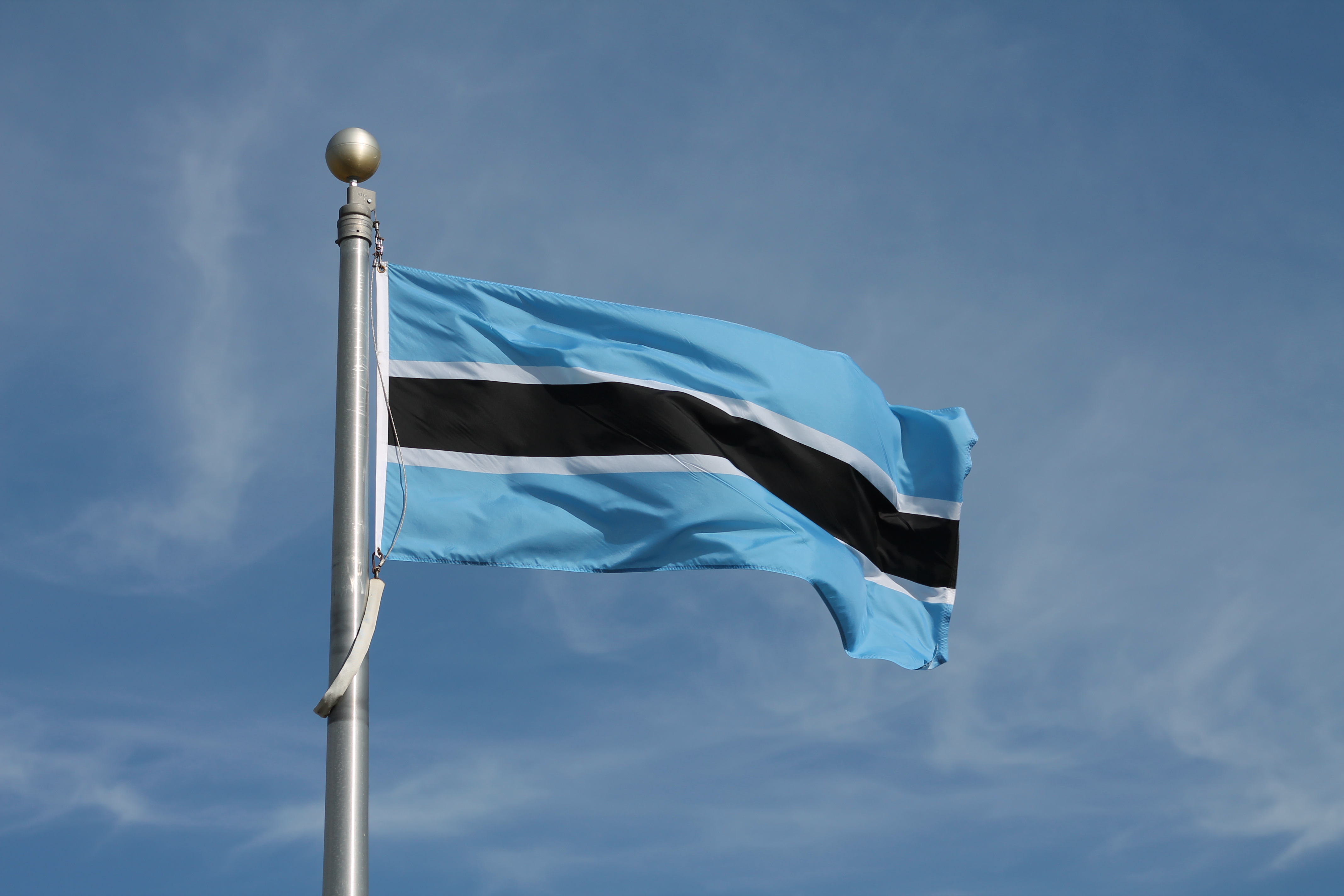 One of the poorest countries in the world at the time of its independence in 1966, Botswana has experienced tremendous economic growth over the last five decades. Its 2013 GDP per capita (PPP), $16,400 in constant U.S. dollars, surpasses that of countless economic powers with far greater standing on the international market, including China ($9,800), Brazil ($12,100) and Mexico ($15,600).1 Of course, GDP and other economic indicators are only moderately correlated with greater political freedoms and civil liberties, and some of the wealthiest countries in the world per capita (e.g. Qatar, Brunei, Saudi Arabia) have atrocious human rights records. Botswana, however, has enjoyed nearly 50 years of uninterrupted political pluralism, ranking 28th out of 167 countries in the Economist Intelligence Unit’s 2014 Index of Democracy.2 A vigorous anticorruption body, autonomous legal system, extensive private property and business rights, freedom of the press, constitutional term limits, and a multi-party system have helped make the Batswana* government the most transparent in Africa.3 In addition to the National Assembly—currently composed of 57 directly-elected members, 4 members nominated by the president and approved by the assembly, and 2 ex-officio positions (president and attorney general)—Botswana at independence established a constitutional advisory body, the Ntlo ya Dikgosi (Setswana for “House of Chiefs”), that allows members of the country’s eight major Tswana tribes, as well as many smaller ones, to have a voice in the legislative process.4 Critical social justice measures in the last 15 years—including protection against workplace discrimination on the basis of sexual orientation or HIV/AIDS status, a 2004 act establishing “equal control of marriage estates and equal custody of children” for women, and a 2013 High Court ruling that finally halted the forced relocation of the historically marginalised San people5—have further strengthened institutions of legal equality and civil liberty that stand in stark contrast to most developing countries.

Thus, it is fair to wonder why Botswana, out of all the states in Sub-Saharan Africa, has achieved relative prosperity and political stability in the postcolonial era while others have fallen into a vicious cycle of repressive regimes, pervasive poverty, and even ethnically-motivated warfare. The country is far from homogenous, with many distinct tribes and languages6, and the discovery of massive diamond deposits shortly after independence could have easily triggered a brutal civil war for their control, as Sierra Leone and Angola tragically experienced. However, Seretse Khama—the hereditary chief of the Ngwato tribe, leader of the Botswana independence movement, and the country’s first president—proved to be an exceptional leader, dedicated to the advancement and unification of his people. Previously under British rule as the protectorate of Bechuanaland, Tswana chiefs repeatedly obstructed European traders’ attempts to mine their land for natural resources, knowing the discovery of valuable minerals would bring a swift end to their partial autonomy.7 Khama ensured these diamonds did not lead to conflict after independence by initiating the passage of a law that vested all subsoil mineral rights in the country as a whole, rather than the tribe to which the land belonged.8 Not only was this act essential to the new nation’s success, allowing diamond revenues to be used for public services and social welfare, but it also highlighted Khama’s selflessness and commitment to shared prosperity, as Orapa, the largest diamond mine in the world9, rests squarely within Ngwato territory and could have just as easily been exploited for his own personal gain.

Furthermore, Khama adapted and improved upon existing democratic structures of Tswana states to build a legitimate, inclusive government. The kgotla, an integral institution among the Tswana, limited the role of chiefs and encouraged decision-making by consensus from all members. Isaac Schapera, an acclaimed South African anthropologist who studied the Tswana extensively, described how in the kgotla,

“…it is not uncommon for the tribal assembly to overrule the wishes of the chief. Since anyone may speak, these meetings enable him to ascertain the feelings of the people generally, and provide the latter with an opportunity of stating their grievances…for the people are seldom afraid to speak openly and frankly.”10

In accordance with this egalitarian system, Khama created a non-racial society that has never included ethnic-based questions on its census and teaches only Setswana and English in its schools, both successful efforts to unify the country behind a shared national identity.

This is not to suggest however that Botswana’s short history has been entirely smooth sailing. On the contrary, a severe public health crisis threatens to undermine the country’s social, economic, and political progress. As of 2011, “the country has an estimated adult HIV prevalence among 15-49 year olds of 23 percent, the second highest in the world after Swaziland.”11 This astoundingly-high figure is actually a sign of improvement from the disease’s peak prevalence in the 1990s; in fact, after Botswana’s average life expectancy plummeted from 64 years in 1990 to 49 years in 200212, it looked as if the country was experiencing a permanent population loss and, thus, a permanent decline in the workforce and labour productivity. However, the government’s response to the epidemic has been remarkable, owing in large part to the centralised and efficient political institutions that have been in place since independence. Festus Mogae, president from 1998-2008, put AIDS treatment on the top of his agenda and, in conjunction with international donors like the Global Fund and research institutions like the Harvard AIDS initiative, steadily increased health care funding to the highest per capita level in Africa.13

Since 2001, antiretroviral drugs have been provided to the public free of charge, increasing treatment access from the small minority of those who could afford outrageously-priced medication from Western pharmaceutical corporations to over 95% of people in need.14 Mother-to-child transmission (PMTCT) of HIV has been declined from a high of about 40% in 2000 to just 3%, a rate that rivals the U.S. and Western Europe.15 The life expectancy rate is back up to 64 years16, and with the treatment of existing cases safely under control, attention now turns to preventing new infections. Just as with nearly every other aspect of its society, Botswana is still squarely in the middle stages of development, but thanks to the leadership of several impassioned individuals and the Batswana people’s firm commitment to civil liberties and inclusive government, the country has successfully shown that lasting progress is possible, even in the world’s most impoverished areas.

* Demonym for Botswana. In the Setswana language, prefixes often indicate the particular meaning of a word; for example, whereas Bo- refers to the country, Ba- refers to the people. [University of Botswana (2001), The Sound System of Setswana]