How Coronavirus is Exposing the Cruise Industry 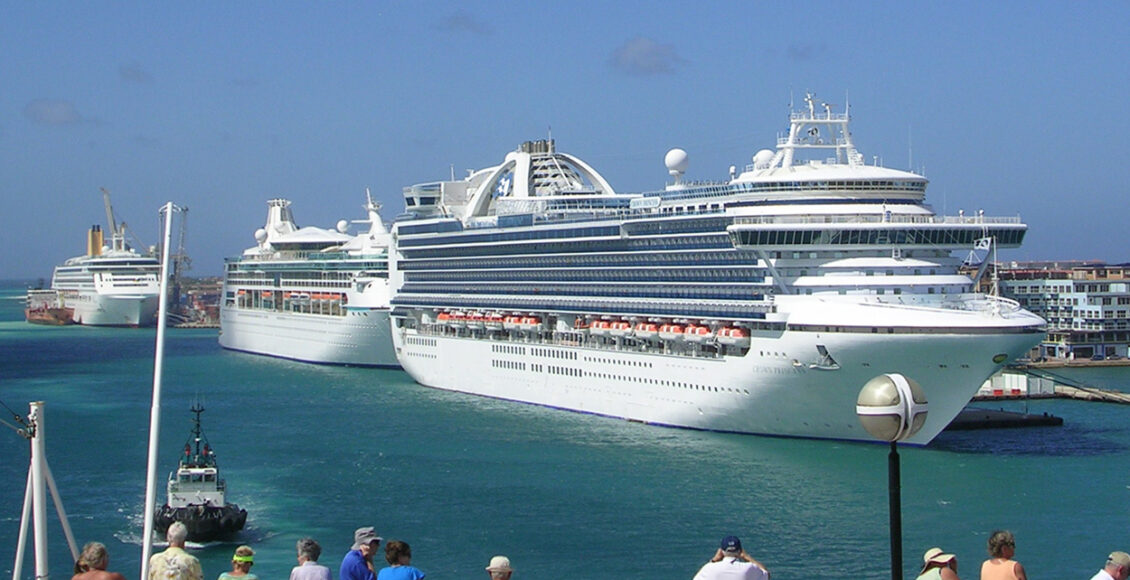 As COVID-19 spreads across the globe, travel restrictions and lockdowns have been put in place worldwide to prevent nonessential travel and contain the spread of the virus. However, damage has already been done by one particular form of travel: cruise ships. In addition to the mere conduciveness of cruise ships to the spread of a virus, given the densely-packed conditions and the collective confinement of all those on board, the novel coronavirus has also exposed other problematic elements within the cruising industry. For one, the outbreak of COVID-19 has revealed the potentially dangerous nature of inadequate labour conditions facing cruise employees as well as inherent class divisions ingrained in the hierarchical structure of cruise ships. While many paying passengers suffered greatly from the virus, circumstances were even more challenging for crew members due to the systemic hardships they face.

On the 4th of February, coverage of the Diamond Princess cruise ship, owned by the California-based company Princess Cruises and home to one of the first major outbreaks of COVID-19 outside of mainland China, became a major turning point in international media coverage of the virus. The ship came to the world’s attention when authorities learned that a passenger who had disembarked several days prior had tested positive for the coronavirus. Since the ship was located off the coast of Japan, Japanese authorities began to screen passengers for the virus. The vessel was prevented from sailing any further, and passengers were restricted from leaving their rooms; only passengers aged 80 or over with underlying medical conditions were permitted to leave the ship and receive medical care onshore. The outbreak onboard the ship culminated in more than 700 confirmed cases and 7 deaths among the 3700+ passengers and crew members.

Despite attempts to restrict contamination, the ship represented, in mid-February 2020, the single largest outbreak outside the virus’ original epicentre in China. However, despite the magnitude of the outbreak and the scale of the attempted response efforts, little information was provided to those onboard during their two-week quarantine. Although passengers remained in their rooms, they were often in contact with visibly sick patients while waiting for testing, and infected crew members, who live in shared rooms, continued to eat and sleep alongside healthy ones. Overall, health experts concluded that the so-called quarantine only worsened the outbreak, and deemed the cruise ship an “incubator” for the virus. Despite this warning, cruises continued to operate after the first outbreak, and it was only after several other outbreaks at sea that cruise lines suspended operations indefinitely. But how did the cruise crisis get this far in the first place, and what could have been done differently on the ships?

One reason for the rapid transmission of the disease was the inadequate work and sanitation conditions on board the ships, specifically those which disproportionately affect crew members. Mistreatment of workers in the cruise industry has been a long-standing issue, with considerable numbers of reports revealing cramped living quarters and long and intensive working hours. These problems, and the lack of strong regulatory procedures, likely stem from the fact that cruise companies can register their international ships to countries with more relaxed labour and sanitation laws, in order to evade more stringent ones in their country of origin. The international organizations that set cruise ship guidelines, like the United Nations’ International Maritime Organization, have no significant means of holding cruise companies accountable. With limited accountability to international law or their country of origin, most cruise lines have considerable operational leeway.

In addition to a lack of legal protection, many cruise employees are made vulnerable by their financial situation. Many are migrant workers seeking better salaries than they can find at home and often end up without unions or legal resources to advocate for their general well-being and safety. While passengers pay thousands of dollars (a trip to Asia on the Diamond Princess is worth between $1260 and $4120 US), crew members work long hours for low wages and are obliged to continue working even in the midst of a health crisis.

Cruise ships have historically been prone to outbreaks of norovirus, a form of gastroenteritis, as a result of their close living quarters. Due to the intense nature of their work, crew members have been discouraged from cutting trips short or slowing down activities, and typically continue their work in the midst of an outbreak. The illness often spreads through communal dining areas, often originating among crew members and subsequently spreading to the passengers, as workers are afraid to request sick leave out of fear of losing their jobs. Any confined space worsens viral transmission, but cruise travel is particularly dangerous as it keeps passengers together for long periods of time. Medical resources on ships are also severely limited, often leaving crew members unprepared to deal with medical problems.

These factors are all consistent with reports from the Diamond Princess. Even after the virus was identified and quarantines began, crew members were forced to sleep in extremely close quarters and eat buffet-style meals. Their stories and experiences also received far less international attention than those from wealthy passengers who had access to social media. The crew reported that they did not receive any new information on how to avoid infection, and had to continue serving food to passengers’ cabins. They were provided with masks and gloves for protection, but the CDC recommends that those in contact with infected patients wear eye protection and gowns in addition to masks and gloves. While the passengers were able to remain in quarantine, the crew had no choice but to continue providing services to passengers and to move in and out of infected zones of the ship.

Despite these efforts, Japanese health experts found the quarantine conditions imposed by the Japanese government to be entirely inadequate. No distinctions had been drawn between infected and non-infected zones, and, although the crew had tried to test passengers, testing conditions were inefficient and lacking resources. While government authorities had managed to contain most of the infected passengers, the virus continued to be transmitted due to the disregard for the safety and health of crew members.

The repercussions of this mishandling have continued now that passengers have been released, leaving countries with more cases than they can handle. This has resulted in more government errors in the handling of the crisis. At the end of the Diamond Princess’ quarantine, American officials prepared to bring over 300 American passengers home, but had not yet obtained their test results; since none of them had symptoms, it was assumed that none were infected. After preparing transportation, the authorities received 14 positive test results but decided to transport all of the passengers in the same plane cabin, with only a plastic sheet separating those who had tested positive from those who were believed to be healthy. The failed quarantine and testing procedures—worsened by the neglect of and disregard for cruise employees—have thus led to further mismanagement and spread of the disease.

As other countries became aware of the danger posed by cruise ships, they began to refuse entry to ships and reproduce the onboard quarantine procedure that had been adopted on the Diamond Princess. When the Grand Princess, another Princess Cruises ship, was found to have cases of the virus onboard when docked in California, passengers were quarantined and initially prevented from disembarking, as there was concern that they would further transmit the disease when on land and add to the rapidly growing number of cases in the United States. Once all passengers were finally permitted to leave the ship and be quarantined on land, testing procedures were inefficient and many people who had been exposed to the virus were unable to receive testing kits. Notably, the 1000+ crew members were not permitted to leave and remained in quarantine onboard, even though many tested positive for the virus. As with the Diamond Princess, the health of the paying passengers was prioritized over that of the already struggling workers, and this disregard likely added to the spread of the disease.

Of the several other cruise ships that remain stranded at sea, many have been placed under similar quarantine conditions. While cruise lines have announced cancellations of trips and restrictions on who is allowed to travel, they have not acknowledged the systemic and corporal disregard for their employees, which has facilitated this crisis. As a result, errors in the quarantine process and in government response continue to be repeated. Reports from crew members amid the coronavirus outbreak have showcased the need for labour rights in the often elitist cruise industry, but cruise lines have so far made no effort to change their practices to prevent the problem rather than simply treating the symptoms.