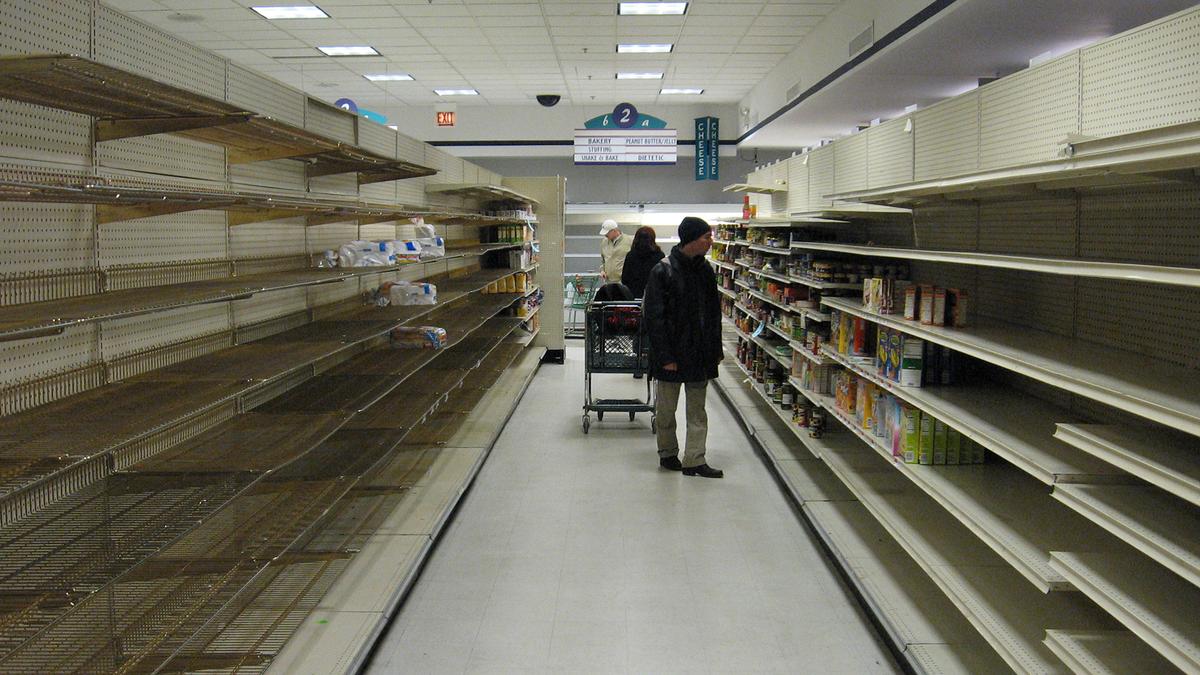 “They’re hunting! The people are hungry” is the cry heard from a jarring video posted by Venezuelan congressman Carlos Paperoni on social media last week, a video depicting a Venezuelan mob beating a cow to death amid violent protests. These cows, property of Merida cattle ranchers, are yet another occurrence of looting that has increased over the past few months as food increasingly becomes scarce in Venezuela. The sheer brutality of the incident, Paperoni notes, speaks to the increasing rage and helplessness felt by Venezuelans, often disproportionately rural Venezuelans such as the ones depicted in the aforementioned video. This brutality is not the only instance of its kind. In fact, it has been reported that 300 additional animals were slaughtered in the area via looting in the past month.

The state of food and other significant items of necessity, such as gas, medicine, and personal hygiene products, is dire. The issue is three pronged: as inflation continues to skyrocket in Venezuela, Venezuelans are becoming increasingly unable to afford basic necessities. Secondly, President Nicolás Maduro’s policy of withholding United States dollars from importers with price controls has led to a significant shortage of key regulated goods. Thirdly, despite being offered international assistance from organizations such as Amnesty International and the United Nations, the Maduro presidency has curved all offers of relief.

Many have pointed to the Maduro government as the basis for these crises. As an oil-reliant state, Venezuela has siphoned a majority of its resources into building up their oil industry, much to the harm of other industries, such as food production. Therefore, Venezuela has become deeply reliant on imports to sustain their needs. However, as oil prices have significantly dropped, instead of continually paying for the imports, the government has reverted to decreasing them as a whole, leading to clear shortages. Unlike Canada or many other Western societies, the supermarkets in Venezuela are not private, but rather heavily regulated by the government; and since Maduro has prioritized a limitation of Venezuelan debt over supplies, there is little Venezuelans can do besides ration.

In addition to this, Maduro has been critiqued on his heavy usage of the National Centre for Foreign Commerce (CADIVI), which purports to regulate foreign currency and its usage in Venezuela. CADIVI’s main goal has been to curb how much foreign currency, specifically the United States dollar, can be utilized in Venezuela. However, this stringent limitation paired with a high desire for US dollars has meant that the aforementioned shortages have increased tenfold. Ironically, all Maduro has begun to do is push currency exchange underground in a black market setting, allowing for some Venezuelans to have access to a stable currency. However, this still is a fraught aid to Venezuelans starving.

A final key criticism of Maduro lies in his rejection of foreign relief aid, specifically proposed from both Amnesty International and the United Nations. Maduro’s position appears to be denial of need for foreign relief. For instance, Maduro’s President of the Constituent Assembly, Delcy Rodriguez, stated that “I denied and continue denying that Venezuela has a humanitarian crisis.” The title of “treason” has been thrown around the Maduro regime to describe any concession of strife in the nation, a prideful yet obviously incorrect assertion.

The statistics do not lie: 9.6 million Venezuelans eat two or fewer meals a day and 93 percent of the population cannot afford food according to a Venezuelan national survey. These shortages have been likened to other socialist minded nations in the past. For instance, reporter Pedro Otero drew key parallels between the Great Chinese Famine and  Mao Zedong’s redistribution policies to Venezuela’s corresponding famine and redistribution policies. This analysis brings into question the idea that shortage is just on the basis of natural factors, such as a bad crop or weather considerations, but rather, the result of government policies. Maduro cannot blame the current climate of protest and looting on anyone but himself. Venezuelans have named this famine appropriately: the “Maduro diet.”