How the Refugee Crisis Became the EU Crisis 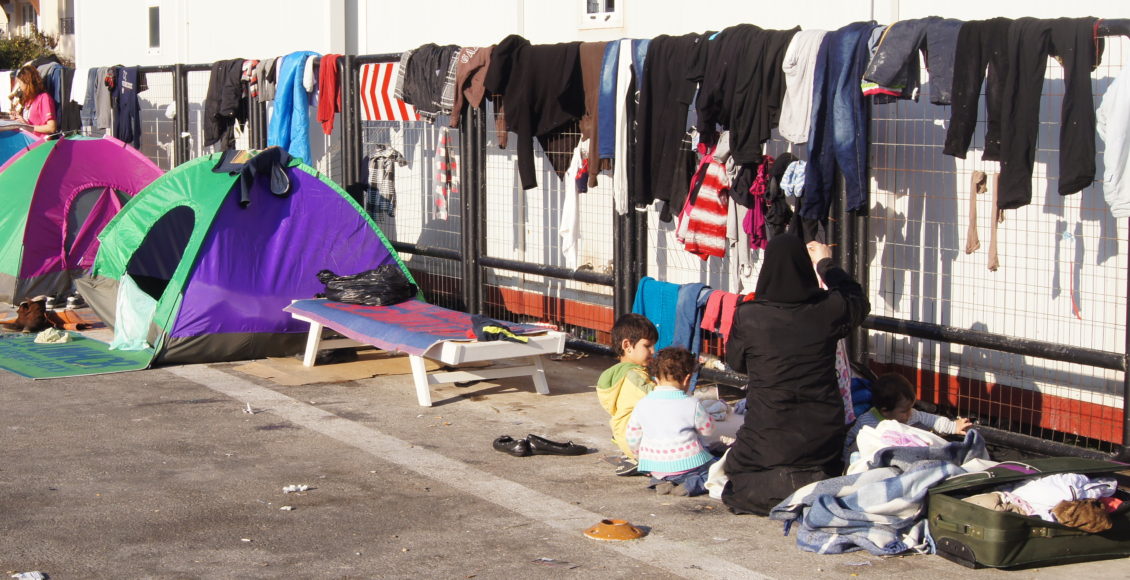 Three years after the peak of the refugee crisis, the EU is struggling more than ever to cope. Although arrivals have returned to pre-2015 levels, issues surrounding asylum seekers in Europe are as volatile as ever. Germany’s Chancellor, Angela Merkel, is emblematic of the divide, facing conflicting criticisms from her own government and a host of other EU member states. She was forced to make compromises to limit refugee acceptances at an EU Summit in Brussels in July 2018, after her interior minister Horst Seehofer threatened to resign amidst disagreements over immigration policy, in particular his plan to close the border to refugees who had already applied for asylum in another EU country. His resignation almost certainly would have signaled the end of the coalition between his party, the Christian Social Union (CSU), and Merkel’s own, the Christian Democratic Union.

The crisis, once entirely about the refugees, has led to disagreements and accusations within the EU. As some countries- Hungary, Poland, the Czech Republic- flatly refuse to open their borders, other closer and more accessible border countries like Greece and Italy are struggling under the weight of new arrivals. Western Europe is reluctant to share this burden.  In Germany, the crisis is instrumental in the government’s internal fragmentation. As populist governments gain support in Europe and elsewhere, refugees are becoming increasingly unwelcome. The inability of the EU to make decisions concerning distribution, asylum procedures, and courses of action in the face of such divergent goals on the part of its member states has resulted in repercussions for both the countries and the refugees themselves, thousands of whom continue to suffer in overcrowded border camps.

As anti-immigration, right wing parties have come to power from Sweden to Italy, the focus has shifted to keeping refugees off the continent’s shores and limiting arrivals as much as possible. There is a striking contrast between the EU’s  commitment to “ensure access to vulnerable populations” and protect populations confronting disaster” and its reaction to this humanitarian crisis. Meanwhile, refugees continue to arrive, be placed in camps, and in some cases, are sent back to unsafe countries, violating international law. Despite the vast decrease in the amounts of arrivals, it is important to remain focused on the human repercussions of these decisions and the current state of refugees in Europe and around the world.

What has happened since the peak of the crisis?

Refugees have continued to come in smaller numbers every year, falling from 390,432 arrivals in 2016 to 134,004 in 2018. Because of their proximity to conflict-stricken countries such as Syria, Palestine, Yemen, South Sudan, and Afghanistan, countries like Jordan, Lebanon, Greece, and Italy receive a high volume every year, whether or not arrivals intend to stay and seek asylum there.

In an effort to keep refugee arrivals low, central EU countries made use of the Dublin Regulation, according to which asylum seekers must make their claim in the first EU country they arrive in, giving countries the right to send them back to where they first disembarked.  This resulted in large numbers of refugees being returned to countries on the EU periphery, including Italy and Greece. Italy’s new populist government, led by prime minister Giuseppe Conte and notoriously anti-immigration interior minister Matteo Salvini, insisted that other bloc countries take “concrete steps” to share its burden. In a move consistent with its new rhetoric, the government also closed its ports to NGO ships rescuing migrants stranded at sea while undergoing the dangerous crossing from North Africa to Europe.

Frustrated by the lack of cooperation by Western EU countries, the government also struck a controversial deal with Libya in 2017 wherein Italy provides training, funds, and equipment to the Libyan coastguard, which now patrols the Mediterranean Sea to bring migrant ships fleeing Libya back to detention centers in the country. While this did reduce the number of migrant arrivals to Italy by 81% compared to the preceding year, reports have surfaced of “appalling conditions”, including overcrowding, torture, and rape. The EU, which provided €32 million to fund training for the Libyan coastguard, is essentially complicit in returning asylum seekers to countries where they could potentially be tortured- a clear violation of international law.

Greece is also struggling to cope. Having never fully recovered from its debt crisis in 2010 and subsequent financial crisis in 2015, it remains weak, notably with 22% unemployment overall. The situation is far from improved, with overcrowded and unsafe refugee camps like Moria Camp infamous for their harrowing conditions. Despite being built for 3,100 people, it hosts 8,300. Food, water, shelter, and bathroom facilities are scarce, knife attacks, riots, and sexual abuse are rife, and asylum claims can take up to two years to process. These conditions have drastic mental health implications, with many, including children as young as ten, attempting suicide. According to Doctors Without Borders’ lead psychiatrist, Alessandro Barberio, the camp meant to be a refuge for those fleeing war and persecution has in fact become a trigger for psychosis and post-traumatic stress disorder.

However, Greece has not been entirely alone. The EU has provided around €1.1 billion to the Greek asylum effort, without much visible improvement. Though suspicions of financial mismanagement exist, some believe that living standards are purposely being kept low in order to deter future arrivals. Either scenario implies the possible withholding of funds while asylum seekers spend months in appallingly inhabitable conditions. Moria Camp is a symptomatic of the increasingly apathetic attitude that member states are showing towards refugees.

A political crisis within the EU

Germany has welcomed over 1.4 million refugees since 2015, as Merkel upheld the EU policy of freedom of movement within Europe, temporarily setting aside the Dublin Regulation. Since the 2018 EU Summit on migration, however, the country has tightened controls and imposed  a quota of 200,000 refugees per year. Among other compromises, Merkel also agreed to turn away migrants who have already sought asylum in other EU member states, after they are screened at “transit facilities”, in a similar system to Hungary’s refugee detainment centres.

Also included in the EU deal is a clause per which ships operating in the Mediterranean “must not obstruct operations of the Libyan coastguard”, as it continues to pick up and return Libyan refugees and migrants and take them to detention centers. As of November 2018, this included more than 7,000 people, a definite cause for concern in light of the reports of inhumane treatment that have surfaced from the detention centers to which they are returned. In approving and financially supporting Italy’s deal with Libya, the EU is essentially endorsing the violation of international law and ignoring the most crucial of repercussions- the human suffering that results.

As refugees continue to arrive and their need for safe, humane conditions persists, the EU will need to find a way to improve asylum procedures, and as Italy has insisted, share responsibility for them. As per the EU’s laws, member states must protect the rights of asylum seekers and refugees. Member states outlined these duties for themselves, incorporating the Humanitarian Consensus into its core principles. They are now responsible for carrying them out. Almost four years after the peak of the crisis in the summer of 2015, it is reasonable to expect an improvement in its response- at most, an effort to help solve the root problems of the crisis for its own sake, and at the very least a streamlined process for asylum seekers or an equitable distribution strategy.  Instead, it has been immobilized by an inability to agree on policy, allowing situations such as those in Moria Camp to stagnate and worsen as asylum seekers continue to arrive. As priorities have shifted to keeping people offshore, EU countries seem to have prematurely decided that they have fulfilled their humanitarian commitments. They haven’t- the crisis is still underway, with tens of thousands waiting in camps, detention centers, and at borders. Taking into consideration the current political climate across the continent, this response is not surprising, although it remains a disappointment. The numbers of asylum seekers are expected to increase, particularly those fleeing the effects of climate change. The world needs to be better prepared, as more will inevitably come.