How the Russia-Ukraine Conflict Took Centre Stage at Euro 2020 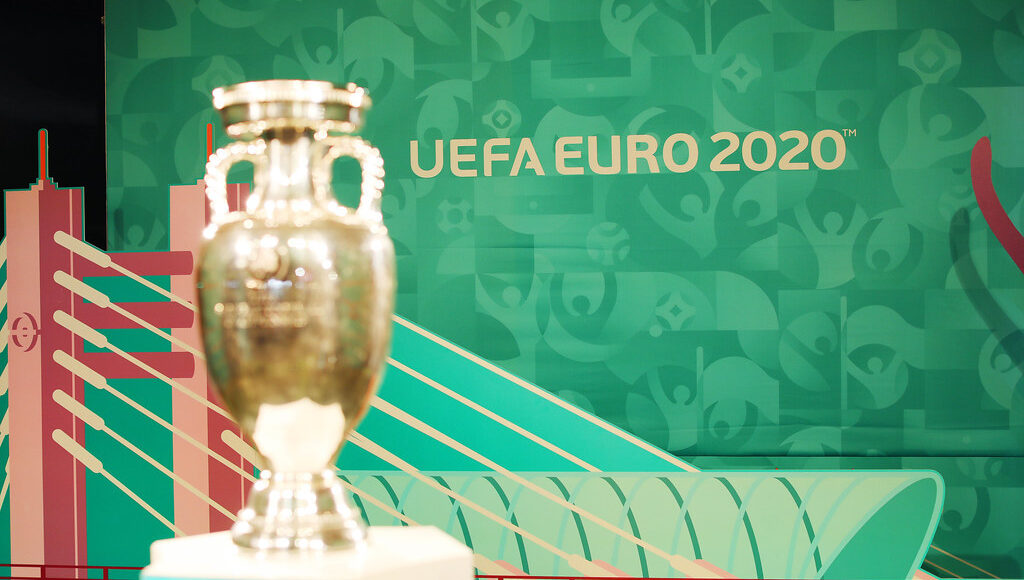 After being postponed for a year because of the COVID-19 pandemic, the Union of European Football Associations (UEFA) ‘s European Football Championship, informally the Euros, finally kicked off this summer across Europe. As fans gradually returned to stadiums, the Euros were a breath of fresh air for football fans worldwide.

In the week leading up to the tournament, the Ukrainian national team released its official jersey like many other teams. The jersey features a map of Ukraine that includes the Crimean peninsula and the phrases “Glory to Ukraine” and “Glory to our Heroes.” This design has sparked yet another controversy in the ongoing conflict between Russia and Ukraine. Relations between Kyiv and Moscow deteriorated following Russia’s illegal annexation of the Crimean peninsula in 2014, which is the United Nations General Assembly Resolution 68/262 recognizes as part of Ukraine. Ukrainian Football Association president Andriy Pavelko explained the shirt “will give strength to the players because they will fight for the whole of Ukraine. All of Ukraine, from Sevastopol and Simferopol to Kyiv, and from Donetsk and Luhansk to Uzhhorod.” Four of the six cities Pavelko mentioned – Sevastopol, Simferopol, Donetsk and Luhansk – are currently under Russian control. The phrase “Glory to Ukraine, Glory to our Heroes” was also a rallying cry during the 2013-2014 Euromaidan Revolution, which fought for closer ties with the European Union and ultimately led to the ouster of the Moscow-backed president Viktor Yanukovych. Both phrases are used as an official military greeting in Ukraine and signify resistance to Russia’s policy in Ukraine.

Moscow was outraged by the jersey and directly appealed to UEFA, the sport’s governing body in Europe, to ban it from being worn in Ukraine’s opening game against the Netherlands. Dmitry Svishchev, the Russian parliamentary deputy, described it as a “political provocation,” and Maria Zakharova, a Russian foreign ministry spokesperson, said that the slogan echoed a Nazi rallying cry. By contrast, the United States Embassy in Kyiv tweeted, “Love the new look. Glory to Ukraine! #CrimeaisUkraine.” Ukrainian President Volodymyr Zelenskiy explained that “these phrases are written in the soul of every Ukrainian” and posted a picture with the jersey on his Instagram.

After the Russian Football Union submitted a formal complaint, UEFA rescinded its initial approval of Ukraine’s jersey and called an emergency meeting in Rome. After these meetings, the UEFA asked the Ukrainian Football Association to remove the slogan “Glory to our Heroes” from its jersey because “the specific combination of the two slogans is deemed to be clearly political in nature, having historic and militaristic significance.” But why did UEFA go back on a decision it had made only a few days before?

One explanation for UEFA’s shifting stance is its renewed partnership with Gazprom, a Russian state-owned oil company. In May, UEFA announced a sponsorship deal with Gazprom for events until 2024, with the partnership dating back to 2012. Aleksandr Dyukov, the President of the Russian Football Union, is also the Chief Operating Officer of Gazprom Neft, a subsidiary of Gazprom. From this perspective, the conflict of interest is obvious. These are just two examples of how Gazprom, and by extension, the Russian state, has inserted itself in sporting institutions in Russia and across Europe. Andrij Melnyk, the Ambassador of Ukraine in Germany, explained: “the fact that UEFA is complying with a Russian complaint about our European Championship jersey just a few days after a sponsorship contract between the European football association and the Russian state-owned company Gazprom is more than suspicious.”

Although there is no clear evidence that Gazprom directly influenced UEFA’s decision to ban the jersey, UEFA’s financial dependence on Gazprom, its most prominent sponsor, undoubtedly helped Russia’s case. UEFA depends on Gazprom to host many matches at EURO 2020, with seven being played at the Gazprom stadium in St. Petersburg. It is also hypocritical for UEFA to condemn political statements in sports when it allows an apparatus of the Russian state to sponsor its event. But UEFA is not the only culprit. Gazprom has previously sponsored events such as the FIFA World Cup and several individual clubs across Europe.

So the question is: what business does an oil company that does not directly sell to consumers have in sponsoring sporting events and teams? The answer centres around Gazprom’s need to develop a positive image across Europe to garner support for projects. Gazprom projects, such as the Nord Stream 2 pipeline, need the support of various institutions, ranging from local governments, like a small-town Germany, to the EU parliament, where the viability of Nord Stream 2 was hotly debated. Gazprom uses football to propagate its brand across Europe. Sport brings meaning to many. When Gazprom places its name on the biggest clubs’ jerseys and the biggest events’ billboards, it instantly connects with a large segment of the population. And when Gazprom is associated with sporting success, its name and brand are presented in a highly positive light. By investing in European culture – in this case, football – Gazprom immerses its brand in European society.

Gazprom’s venture into football began in 1999 when it became the official sponsor of the Russian football club, Zenit St. Petersburg. Gazprom later bought the club in 2005. Zenit became the most supported team in Russia and the 11th biggest in Europe, with a famous victory in the 2008 UEFA Cup over Manchester United. From St. Petersburg, Gazprom has expanded its football empire across Europe, focussing on regions that import its oil and gas. In Germany, which gets around 35 percent of its gas imports from Gazprom, the company sponsors Schalke 04 in a deal that brings in approximately 10 million Euros annually. Schalke 04 is based out of Gelsenkirchen, the industrial epicentre of Germany. The club is also near the town of Rheden, a hub for Gazprom pipelines. This investment was part of Gazprom’s strategy to focus on expanding control in the German market. It seems to have worked because Germany is now one of the biggest supporters of the Nord Stream 2 pipeline. In Serbia, Gazprom saved Red Star Belgrade from bankruptcy with a five-year sponsorship deal. By keeping the most historic club in Serbia, Gazprom comes across as a benevolent corporation that genuinely cares about the sport. Gazprom also has a controlling stake in the Naftna Industrija Srbije (NIS), the oil monopoly in Serbia. Gazprom has meticulously developed a football empire that makes it one of the biggest players in the game.

For football fans across the world, the game’s appropriation as a foreign policy tool is controversial. Although the competitive landscape of the sport dictates that organizations need to do whatever is necessary to survive, monetary gain often comes at the expense of the sport’s core values. UEFA explains that one goal of its organization is “to protect the integrity of football” through “good governance and increased transparency.” However, it is clear from the censorship of the Ukrainian jersey that corporate and national interests have polluted the integrity of the organization. Although companies like Gazprom are not leaving the sport any time soon, UEFA needs to regulate these organizations better and protect the integrity of the “Beautiful Game.”

Featured Image “UEFA EURO 2020 Trophy at Bucharest” by Marco Verch is licensed under CC BY 2.0.