How to Escape Our Technology-Induced Trance 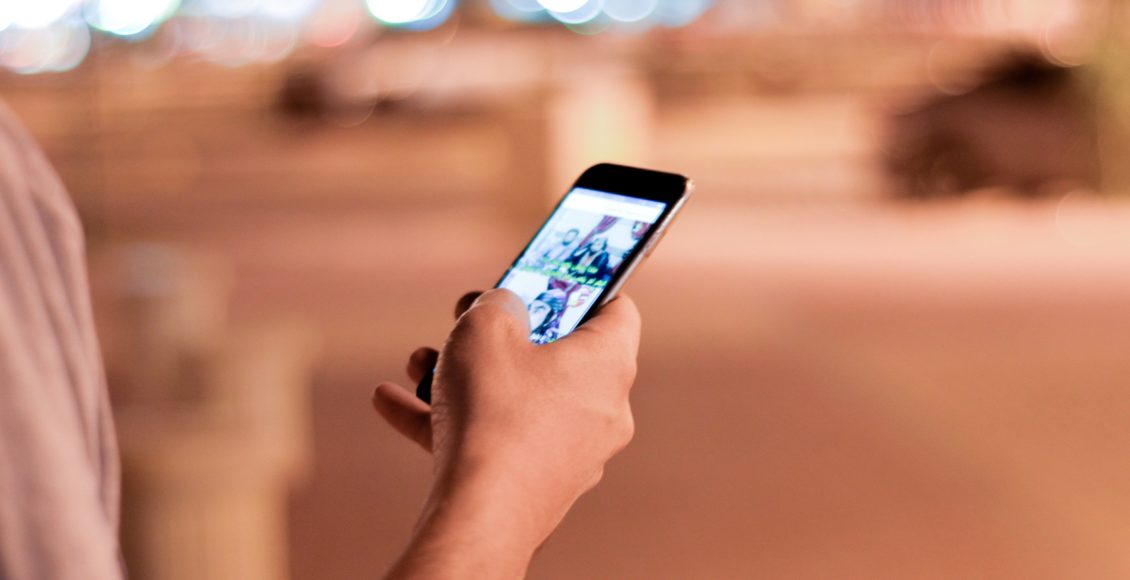 I think it’s fair to say that many of us have an addiction, and it’s a serious one. It’s the first thing we do in the morning and the last thing we do before we go to bed. It’s our main way of communicating with others, and without it we’d be lost; literally and figuratively. Sometimes we start and suddenly 10 minutes turns into 2 hours and we’re still sitting in the same spot, with no memory of why we picked it up in the first place.

I’m referring to our cellphones.

I say “we” because this addiction is widespread. It’s not everyone, of course, but at this stage I think it’s safe to say that those who are not addicted have either weaned themselves off or intentionally never started. The problem is widespread and severe: according to a survey conducted by Bank My Cell: “out of 18-29-year-old smartphone owners surveyed, 22% check their phone every few minutes [and] 51% check a few times an hour.” However, the addiction is not limited to young people: the Canadian Internet Registration Authority reports that the number of people between the ages of 55-75 who use their phone to search the internet has been increasing, “57% this year versus 44% in 2017 and only 24% in 2015.” Furthermore, over half of Canadians spend over 5 hours on their phone daily. That’s over 20% of our day, and 20% of our life.

In an effort to gain a better understanding of some of the potential reasons for this compulsive behaviour, I sat down with Professor Samuele Collu who teaches in McGill University’s Anthropology department. His current research looks into the role that trance plays in our relationship with technology.

Trance and our Phones

Collu explained that trance is widespread across many cultures and countries. On the most fundamental level, it can be defined as, “any type of state that is considered other than the ordinary state.” While this definition might seem exceedingly general, it points to just how common falling into a trance-like state can be. As Collu points out, it is not as though we’re either entirely lucid, or in a completely out-of-body trance experience, but rather we can be in a continuum of trance-like states.

One of the basic elements of entering a trance-like state is repetition. Collu elaborated: “For example, in a lot of rituals you have drums, or chanting, and the repetition can put you in a mild trance. Similarly, with cellphones we enter a form of compulsive repetition. For example, I often find myself looking at my email app, and I have no memory of the fact that I took it out of my pocket and typed in the passcode: a whole series of actions that are happening in a completely unconscious way.” Collu continued by discussing the form that this repetition can take with regards to our devices: “it is connected to a series of infinite actions; the idea of a Facebook feed, and scrolling—it is infinite, which can put you in a mild trance. In that trance you have a form of what I call, ‘disinterested interest’ or ‘depressive consumption’. It is ‘depressive’ because you start loosening up your connections with the world; you’re scrolling and at some level you’re interested, but you’re also bored. You enter a state that is ‘other than’, which is why sometimes you’ll look up from your phone and realise that 30 minutes has passed.”

Binge Watching as Self Care?

With the advent of streaming services such as Netflix, binge-watching has become a widespread phenomenon. The term “binge” itself implies doing something in excess, and certainly has negative connotations in terms of binge eating or drinking. However, binge-watching is widely seen as a form of self-care or relaxation.

I asked Collu what he thought about this practice, and whether there could, in fact, be some therapeutic value in zoning out for hours on end. He explained that while there is a level of relaxation that can be gained from consuming television or other media, at the same time we are being consumed right back, “when we are in that state [of mild trance] we are becoming available to be drained by and sucked on and munched on by a whole system of extractive algorithms that are, in one way or another, designed to extract economic value from our attention.”

Collu is interested in understanding the widespread phenomenon of binge-watching. “When we binge-watch we enter a form of pleasurable trance, which implies a certain degree of depersonalisation. So the interesting aspect of our binge-watching experiences is that we identify with this state of depersonalisation, we become so attached to this trance-like loop (episode after episode after episode we don’t even care anymore about what we are watching but we cannot stop) that to stop watching (or stop clicking) might imply a temporary ‘death’ of our relational and subjective sense of self.”

The People Behind it All

Who are the people that are designing these devices, and what are their intentions?

Collu explained this through the example of “gamer retention” experts, who research “how to make video games more engaging so that players keep playing for longer.” Collu said that the people working on these projects are engineers or computer scientists that are also  “very well read in anthropology, neuroscience and cognitive psychology.” This also sheds some light on the ways in which other applications are changing to become intentionally more addictive. Collu gave the example of Instagram that “changed their algorithm so they hold your notifications until one moment when they give you a rush of notifications, rather than one at a time.” He explained that the people who are designing phone applications know how to tap into our human capacity to go into a trance: “your phone is working like a slot machine, and it is precisely because of this unexpected reward that you keep sticking around.”

How Can We Do It Better?

Some might think that we should swear off our phones entirely and go on a life-long digital cleanse. However, this is not the message that Collu wants to get across. He thinks that it’s important to start understanding our phones as tools, and use them “as like every tool in human history; to enhance our sensorial, prosthetic, engineering relationship with the world, that is, to be useful.” He was also quick to point out that, oftentimes, the conversations surrounding limiting phone use come from the motivation of increasing our productivity but he argues that, “It should also be about learning how to be not productive. I want another message to pass through: I’m not saying this [to limit our media consumption] so that you can be more productive, I am saying this so we can start gaining more range of motion and space to maneuver and start re-imagining our present.” In conclusion, Collu says that, “there needs to be a social reconstruction, but first it can start from individuals who start to develop different ‘practices of attention’. You need to re-awaken our atrophied imagination, and our capacity to stay with our own thoughts.”

For me, one of the most important takeaways from this conversation was that it’s possible to create a balance: maintaining technology use while also intentionally distancing ourselves from it, and using it only when it truly augments our lives in a meaningful way. Collu argues that the best way to do this is through the implementation of practices: making small changes in our habits that will slowly shift our impulses and compulsions. For example, only using Facebook on our computer, and not our phones, or no longer listening to music as we move from place to place. Perhaps if we all make several small changes in our lives, we can slowly bring ourselves out of this collective trance.

The untitled feature image is licensed under Creative Commons CC0.