How Trumpism is Outlasting Trump 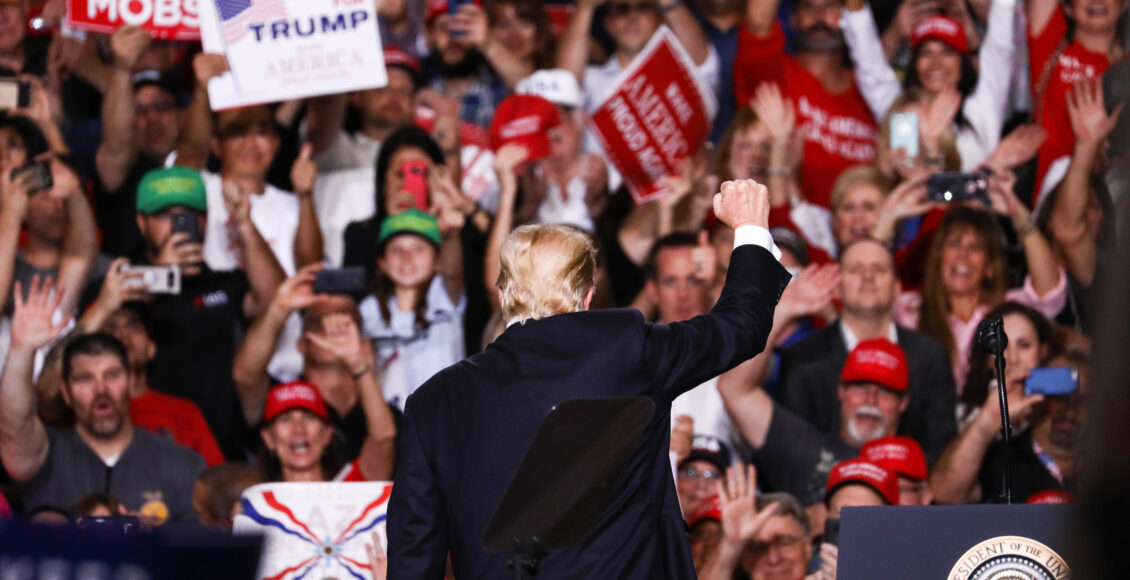 Though political careers do not last forever, political legacies have no expiration date. Trumpism – Former United States President Donald Trump’s political ideology and legacy – is now on the track to outlast him. Trumpism is a political movement that has merged the Republican Party’s traditional policy views, such as economic liberalism, conservatism, and individual liberties, with Trump’s ideology based on populism, religious conservatism, nationalism, and conspiracy theories, among others. Trumpism was a revolution in the Republican Party because it brought in new voters, promoted some protectionist economic views, and used hateful rhetoric against those who opposed it.

The FBI searches in Donald Trump’s Mar-a-Lago home on August 8 reinforce that his political future is constrained by looming criminal charges linked to the January 6 Capitol insurrection and other potential crimes. He is also suffering from decreasing popularity within the GOP. In some ways, Trumpism as an ideology has never seemed as strong in the party. However, Trump’s endorsement is a formidable tool for GOP candidates in this year’s midterms since many Trump-backed candidates are winning their primary. In addition, most of Trump’s key issues are now top priorities for GOP candidates in the campaign. Trumpism is poised to last well beyond the midterms because it is now embedded in the GOP’s platform.

Trump has launched an attack against all Republicans who have publicly expressed their opposition to him, calling them “Republican In Name Only” (RINO). His strategy aims to marginalize the “RINOs” and ensure that a Trumpist candidate defeats them in the primaries. He has particularly targeted the 10 House Republicans who voted to impeach him in January 2021. This strategy appears to be working for now since only two out of the 10 Republican Representatives who voted against Trump have won their primary. Four of these Representatives are retiring this year, while Tom Rice, Jaime Herrera Beutler, Liz Cheney, and Peter Meijer have already lost their primary bids.

Despite this, Trump’s power in the GOP has declined since the January 6 investigation committee connected him to the insurrection. Some Republicans fear that Trump will not be able to run for president again due to probable criminal charges. According to a New York Times/Siena College poll, half of Republican voters are ready to vote for another candidate in 2024. Nonetheless, Trump’s hold on the GOP leadership remains unquestioned as he helps many candidates to win the party nomination for this year’s midterms. Trump-endorsed candidates have a 92 per cent winning rate in the 2022 primaries for now, and they even won some highly disputed races that brought national attention, such as Mayra Flores in Texas, J.D. Vance in Ohio, and Dr. Mehmet Oz in Pennsylvania.

Trumpism won the ideological debate in the GOP

Trump has never conceded the 2020 presidential election but rather still insists that the election was rigged. Moreover, he successfully made this baseless claim a major feature of his party’s platform; many Republicans now echo this statement and 147 GOP members of Congress did not certify Biden’s election. In mid-June, the Washington Post found that already 100 Republican primary winners were claiming that the 2020 presidential election was stolen. The Republican Party of Texas even included in its platform that President Biden’s election was illegitimate. Many Republicans thoroughly defend Trumpist political views because they saw that their counterparts who opposed Trump lost their seats or avoided political humiliation by retiring.

Moreover, some candidates involved in the January 6 Capitol insurrection (which sought to overturn the election’s results) have won Republican primaries across the country. For instance, Marjorie Taylor Greene in Georgia, J.R. Majewski in Ohio, and Sandy Smith in North Carolina all captured the Republican nomination despite their links with movements that sought to overcome democracy through force.

Trump’s legacy has been carried on by the three Justices he nominated during his presidency. These three conservative Justices all voted to overturn the constitutional right to abortion on June 24. The fight against abortion has become a major priority for GOP lawmakers across the country over the last few years.  For example, in July, all House Republicans voted against the Women’s Health Protection Act which would codify the right to abortion. Consequently, Trump’s nomination of three conservative judges was the key to getting the support of the GOP’s evangelical base. The overturning of Roe v. Wade by the Supreme Court was a major step for the rise of Trumpism in the GOP because it was proof that Trumpism brings significant results.

Trumpism beyond the midterms

Trump is unlikely to win the 2024 Republican nomination – if he runs – but this does not mean the end of Trumpism. An ideology is often able to overcome one person because it is a dynamic and evolving set of ideas shaped by political events and trends. Therefore, Trump could remain a figurehead, but another Republican would get power. Furthermore, almost all Republicans who have expressed an interest in running for president are close to Trump and Trumpism. Some are part of Trump’s inner circle, such as former Vice President Mike Pence and former Secretary of State Mike Pompeo. Another very likely candidate is Florida Governor Ron DeSantis, who benefited from Trump’s political support to become a national figure.

Trump successfully radicalized the Republican Party on various topics and made it very unlikely to find compromises with the Democratic Party. GOP leaders are now promoting these issues, such as fighting critical race theory, eroding gay rights, and the ban on abortion, to energize their base and further polarize the electorate over judicial and political matters. The fact that various GOP leaders are going deeper into Trumpism than Trump himself is a key component to understanding the sustainability of Trumpism after Trump. For instance, DeSantis launched a “culture war” in his state by banning critical race theory and any education over LGBTQ issues from schools. He is also famous for his opposition to vaccine mandates and his doubts as to the efficacy of COVID vaccines. Former Vice President Mike Pence also went further than Trump when he called for a nationwide abortion ban.

The answer to Trumpism

The Democratic Party has fought Trumpism for years by depicting it as incompatible with U.S. democracy due to its hateful rhetoric and often anti-democratic stances. However, Democrats have now decided to energize Trumpism nationwide because many believe Trumpist candidates are easier to beat than moderate Republicans in key battlegrounds. Consequently, they have poured money into some Trump-backed candidates’ campaigns to increase their chance of winning seats in the general election in November. The Democratic Party invested more than $400, 000 in ads for John Gibbs, the Republican candidate who recently beat Trump’s enemy Peter Meijer in Michigan’s third district. The Democratic Party is trying to exploit the power of Trumpism to defeat it, and this strategy might be fruitful for the Democrats in November. Nonetheless, it is a very risky strategy in the long term since making Trumpism more powerful could threaten American democracy.

Two pathways seem to emerge for the Republican Party. Some leaders could stand up against Trumpism and move the party back to the GOP’s George W. Bush era of conservative policy views, characterized by politicians like Liz Cheney or Mitt Romney today. Or, by going further into Trumpism, the GOP could become a fascist party inspired by “Christian nationalist” Capitol insurrectionists such as Marjorie Taylor Greene. Therefore, the future of the Republican Party is inherently linked to Trumpism. While Trump’s political career seems in decline, he sparked lasting hatred, polarization, and disbelief in democracy within his party.

Featured image by Charlotte Cuthbertson is licensed under CC BY-NC 2.0