How Trust Shapes the Consequences of International Lending and Borrowing 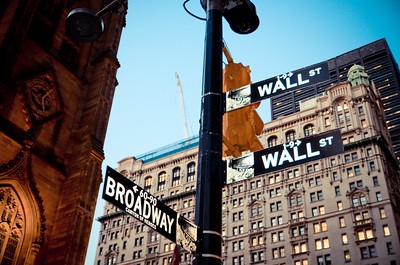 When central banks and business executives use debt to cushion revenue shortfalls or cover expenses, they expect that subsequent economic growth will outweigh the risk. However, the current combination of high levels of existing global debt and pandemic-induced economic shortfalls makes it harder than ever to cap this debt at a manageable size. Ultimately, in sovereign and corporate contexts, trust between high-level actors overlooking finances and other stakeholders is crucial to help borrowers successfully overcome the obstacles of debt while effectively responding to the crisis. Inversely, mistrust has far-reaching economic, health, and social consequences.

Trust between the government and central bank in Lebanon

Recently, a lack of trust between Lebanese prime minister, Hassan Diab, and veteran central bank governor, Riad Salame, resulted in an incoherent response to the current economic crisis, which was exacerbated by the pandemic. In January 2020, Diab inherited a frail economy that could not support the population’s basic living standards. When the government defaulted on a $1.2 billion Eurobond in March, the panic triggered a dialogue between Diab and Salame, made public by months of consecutive statements to the press.

While Salame wanted to continue making debt repayments with Lebanon’s foreign reserves, Diab responded, “how can we pay the creditors while there are people in the streets without the money to buy a loaf of bread?” The country also began negotiations with creditors to re-evaluate the terms of the rest of their $90 billion pile of debt, in a process known as debt restructuring. However, due to Diab’s mistrust in Salame’s management of the country’s finances, the government hired independent foreign auditors to analyze each transaction from the bank during the restructuring process. This feud is unproductive and has shifted focus away from supporting citizens suffering amid the pandemic. A month after the first wave of lock-down measures, the government failed to deliver promised assistance, signalling its inability to cooperate effectively with the bank and to devise a convincing story to gain international support in the form of emergency lending and restructuring.

While defaulting on foreign debt is a first for Lebanon, other middle and low-income countries have more extensive experience with the issue. This year, Argentina entered its ninth sovereign default since its independence in 1816, showcasing a noteworthy dynamic between creditors and borrowers. With $65 billion in foreign debt, Argentina owes money to a mix of private and public organizations, including the International Monetary Fund, Blackrock, Fidelity, and HBK Capital Management.

Although granting financial relief via generous restructuring measures — like reduced interest payments — would give Argentina more room to make policy adjustments, expand businesses, and create jobs for its young populace, this strategy is unacceptable for many creditors, some of whom invest on behalf of pension funds, educational endowments, and employees saving for retirement abroad. These plentiful stakeholders must be considered, and with their interests in mind, Argentina’s creditors cannot offer flexible restructuring agreements.

In worst-case scenarios, debt moratorium is a possibility during the restructuring process. By being generous with the payment terms and preventing enhanced economic consequences for Argentina, creditors can improve their image as more than just callous Wall Street financiers. Nonetheless, private institutions rejected the forgiveness route in previous cases. During Argentina’s 2001 default, which sank millions of middle-class citizens into poverty, the New York Hedge Fund Elliot Management demanded a full repayment rather than compromising with debt restructuring. This year, Fidelity called Buenos Aires’ bluff that it was unable to make a $250 million payment due in January. Consequently, the province caved and paid the full amount.

Reuters tweeted  that Argentina once again extended the debt deadline to July 24, 2020. Via Twitter.

Throughout the 2020 negotiations, the government has remained steadfast in claiming that they can not afford the full payments. Meanwhile, the country is already considered a serial defaulter, so non-payment could jeopardize access to future loans. This current battle undermines trust between players in the international debt market. Private lenders and sovereign borrowers are ostensibly on the same side in good times, but their “bond” is brittle in bad times. The parties involved in the Argentina case are engulfed in a frustrating phase of negotiations.

Still, if the same situation arises in other countries, both lenders and borrowers should manage their relationship more effectively. The Nobel Prize-winning economist Joseph Stiglitz urged creditors to be more sensitive to the current crisis and to relinquish part of their investment that was risky in the first place, thereby leaving room for the Argentine economy to recover. During negotiations, however, indebted governments would benefit from being transparent about their road to recovery. For example, they could include the creditors in future policies that involve returning parts of the loan if the downturn is less severe than expected or if investments pay off.

Trust in the integrity of American corporations

While the United States is at low risk of default because the US dollar is an international reserve currency, the same cannot be said with certainty about some American firms. Throughout a decade of historically low interest rates, borrowing money has helped some businesses take on more deals and projects while keeping others alive that would have collapsed in a higher interest rate environment. As of the end of 2019, US corporate debt totalled nearly $10 trillion, or 47 per cent of US GDP, a historic record in both numerical and percentage terms. However, these strategies are unsustainable.

Even before the current economic crisis emerged at the outset of the pandemic, the Federal Reserve warned that “the historically high level of business debt and the recent concentration of debt growth among the riskiest firms could pose a risk to those firms.” Now, the Fed’s warning is a reality. While COVID-19 catalyzed this situation, the current stress borne by businesses — and the employees affected by it — was amplified by managers who neglected the risks associated with their financing activities. Companies that rely on laying off employees and sharply decreasing investments to make interest payments hinder economic recovery. For instance, Hertz laid off 10,000 workers in April to avoid filing for bankruptcy. But ultimately, even this measure was not enough to save the company, and Hertz filed for bankruptcy in late May.

Despite being three months into the pandemic, some experts expect many more bankruptcy filings will show up in court, making this a record-year for mega bankruptcies. The irony is that encouraging borrowing was intended to spur the growth of businesses, but now the central bank is spending billions to correct this miscalculated overindulgence. Because the public sees how susceptible companies are to default, the need to restore public trust in business is greater than ever. Rebuilding this trust will require a more sustainable way of operating to leave room for responding to unexpected downturns.

Debt crises are recurrent events in history that link the developing and developed worlds, as well as individuals, corporations, and the government. Thankfully, amid a mounting pile of global debt, it is still possible to rely on one element that transcends the rigid contract and deal: trust. Although Lebanon, Argentina, and the United States have different political and economic contexts, the financial battles now faced by all three countries demonstrate the need for trust between those operating primarily within the world of finance, and those who are not. As the world confronts the current debt problem ushered by the pandemic, trust will help countries and institutions overcome arduous circumstances and remain confident in finance.

Featured Image “Broadway Wall Street” is licensed under CC BY 2.0.