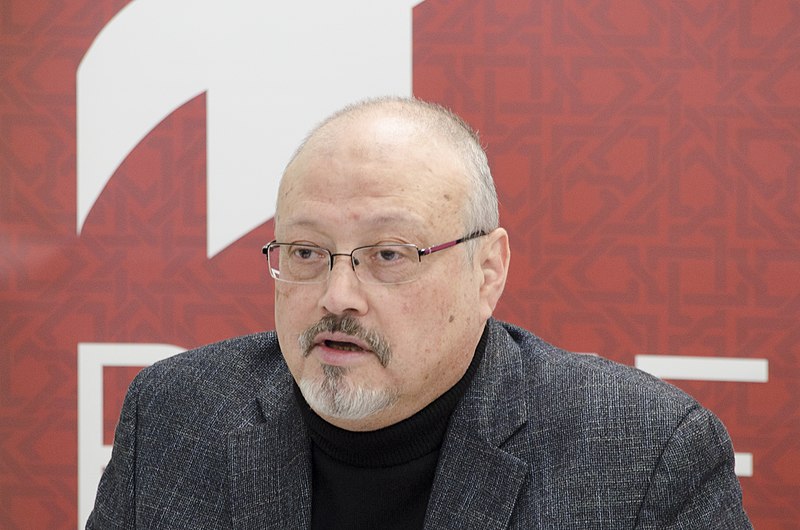 When Norwegian Security agents knocked on Iyad el-Baghdadi’s door on April 25th, 2019 and told him that they had intelligence that there was a credible threat against his life, he wasn’t surprised. Instead, he simply asked, “What took you so long?” Baghdadi, a Palestinian asylum seeker living in Oslo, had known for months that the government of Saudi Arabia had him in their crosshairs. The murder of his friend and colleague, Jamal Khashoggi, on October 2, 2018, had revealed the lengths that the Saudi authorities were willing to go to silence those who spoke out publicly against them.

And yet, despite the increasing risks associated with speaking out against oppressive Arab regimes, activists like Baghdadi and Khashoggi have become an important source of political opposition to authoritarian regimes in the Arab world. Deprived of the ability to democratically voice their activism, these dissidents have taken to the digital world to make their voices heard. Twitter, in particular, has emerged as one of the most popular social media platforms in the Middle East. In an interview with Aljazeera, Baghdadi called Twitter the ‘Parliament of the Arabs.’ Indeed, in a world where many, if not most, Arabs are deprived of the ability to participate in democratic institutions, Twitter, among other social media, has become a primary medium for political discussion and opposition to authoritarian governments.

The use of social media for political purposes in the Middle East is nothing new. In 2009, during Iran’s Green Movement, Twitter played an instrumental role in organizing protests against the Ahmadinejad government. During the Arab Spring in 2011, social media was instrumental in organizing the protests that brought down authoritarian regimes in Tunisia and Egypt.

For many Arab human rights activists, social media offers the opportunity to maintain anonymity while reaching a wide audience. This is especially important for activists still living within the countries they criticize. The use of US-based social media services should, in theory, protect dissidents from government monitoring activities.

While Facebook and Instagram have become popular in the Middle East, Twitter has quickly become the dominant social media platform in the region, particularly among young people. In Saudi Arabia, out of a population of 32 million, an estimated 10 million are active on Twitter. While celebrities and pubic figures have amassed large followings on Twitter, activists have too. Iyad el-Baghdadi has over 100,000 followers on Twitter.  Omar Abdulaziz, a Saudi exile and activist living in Quebec, has over 400,000. Many activists are harnessing the publicity that they have garnered online to advance their own projects. Abdulaziz hosts a dissident Arabic talk-show and Baghdadi is the founder of the Kawaakibi Foundation, which publishes regular research reports on autocratic Arab regimes.

However, Arab regimes have also taken advantage of social media and used them for their own purposes. Prior to his assassination, an army of online trolls suspected to be affiliated with Saudi intelligence services bombarded Jamal Khashoggi with critical comments and taunting memes, including reportedly one of Saudi Crown Prince, Mohammed bin Salman, dancing with a sword. Many suspect that Saudi online trolls are being directly organized by senior Saudi government officials. The man alleged to be leading these efforts, Saud al-Qahtani, is also suspected of organizing and overseeing the operation to assassinate Jamal Khashoggi.

There is also increasing concern that social media companies like Twitter may actually be selling private user information to foreign actors. This is especially alarming for activists who use false names on Twitter to protect themselves and their families.

There is also evidence that Arab governments are using highly advanced software to spy on dissenters around the world. Omar Abdulaziz believes that the Saudi government implanted spyware known as ‘Pegasus’ on his phone, which was able to gain complete access to all activity on the device. The Citizen Lab of the University of Toronto has backed up this claim. Two of Mr. Abdulaziz’s brothers have since been imprisoned in Saudi Arabia. American whistleblower Edward Snowden has claimed that Khashoggi was also targeted with the same software before his assassination.

Despite the risks associated with speaking out against oppressive regimes in the Arab world, activists like Baghdadi and Abdulaziz show no sign of backing down. The ‘Parliament of the Arabs’ continues to convene while shadowy government officials continue to plot against it. Khashoggi’s assassination made him a martyr among Arab activists. He serves as a reminder of the lengths some regimes are willing to go to silence criticism. However, as Mr. Baghdadi remarks, “When they start to come after you, that’s when you know that you’re being effective, that’s when you know you’ve hit a nerve.”