How US Expansionism Gave Us MVP Nikola Jokić 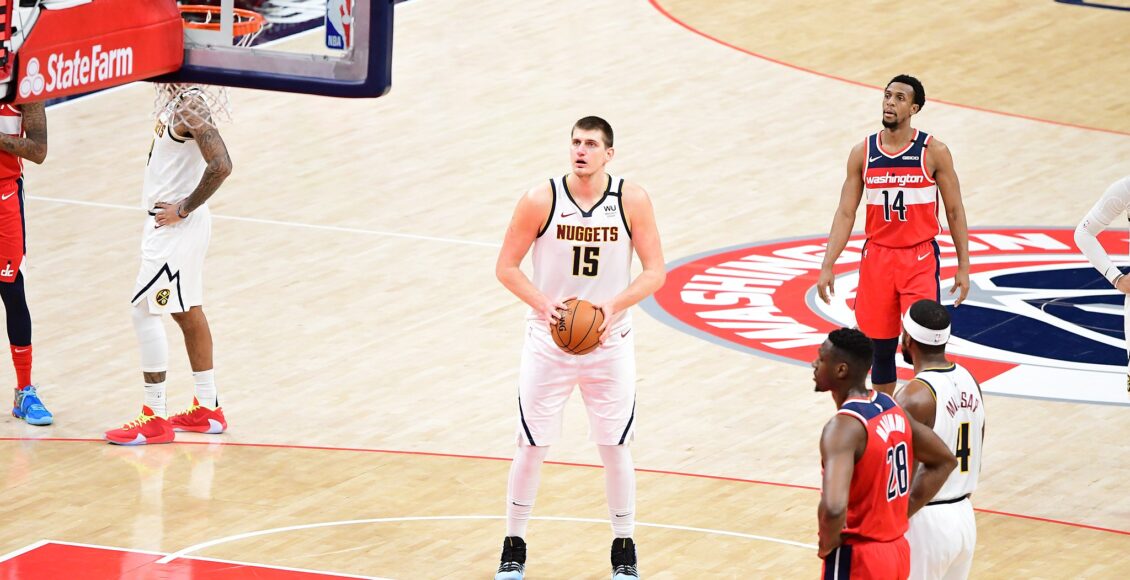 On June 8th, Nikola Jokić of the Denver Nuggets won the National Basketball Association Most Valuable Player award for the 2020-21 season. The 26-year-old Serb is the third MVP from Europe in the last three years (Greece’s Giannis Antetokounmpo was awarded the prestigious Maurice Podoloff Trophy for the previous two seasons), marking an unprecedented degree of league dominance for non-Americans. Antetokounmpo’s win in 2018-19 was the first by a non-American since 2006-07, and the MVP award has only been won by a non-American player seven times in its 66-year history. The current era of international NBA stars is in stark contrast with American players’ traditional dominance of the league. Could the influence of American players in the NBA be dwindling?

The NBA MVP award has been won by foreign players seven times; six of those occurrences have taken place in the 21st century. Nearly thirty percent of 21st century MVPs being non-American is extremely impressive, considering that the league lists just under twenty percent of the NBA’s players as “international.” Another example of the increasing influence of non-American players in the NBA is Luka Dončić. This 22-year-old Slovenian phenomenon has been taking the league by storm and putting up Michael Jordan-esque numbers in the first playoff games of his young career. Clearly, the NBA is only becoming more international, with foreign international players taking on increasingly important roles on their teams.

The NBA’s increasing international popularity, and its effects on American basketball players, present an interesting microcosm for the domestic effects of American global hegemony. While American culture has proliferated across the world, American dominance of its domestic cultural institutions has waned.

This phenomenon is not exclusive to basketball, however. In fact, it offers a simple example of the consequences faced by any country which seeks membership and dominance within the global supply chain. The US’ hegemonic status gives it access to goods and services worldwide, and the global prevalence of American culture means that foreign companies can easily cater to American consumers’ demands. When cheaply-produced, American-inspired products enter the US market from foreign companies, some American producers of the same goods are bound to experience losses at the hands of this newfound competition.

Like many American institutions, the NBA is shared around the world through the process of “cultural imperialism,” wherein the cultural norms and popular institutions of a dominant imperial power are made to pervade broader consciousness in the dominated societies. Cultural imperialism manifests via peaceful routes, like the export of media and entertainment, and through military force; the US military has historically accompanied its interventions against leftist regimes with full-blooded cultural penetration efforts through propaganda and mass media.

Early in the 20th century, American sports were popularized around the world through American involvement in World Wars, as bored soldiers brought their hometown hobbies to the European front lines and introduced their local allies to the games. After WWI, American soldiers stranded in Europe helped organize the 1919 Inter-Allied Games, a one-off event where basketball – among other sports – was introduced to the militaries of the victorious nations.

American efforts to promote Western culture in the last quarter of the 20th century were especially intense in Eastern Europe. The fear of communism drove American governments to assign significant funds and manpower over decades to the proliferation of pro-United States and American-made media in the former Soviet Union and Yugoslavia. The détente of the late Cold War era further increased the accessibility of Western media for residents of the Eastern Bloc. Not long after the beginning of the Cold War, there was a significant appreciation and understanding of American cultural phenomena among Eastern Europeans.

Accordingly, Southeast Europe has become a hotbed for NBA talent; in 2017, more NBA players were from former Yugoslav states than North Carolina, a traditional stateside basketball hotbed. Jokić is one such player and spent his early childhood amid the Yugoslav War’s chaos and violence and its associated NATO bombings. A few Yugoslavians had just begun to become prominent players in the NBA in the decade before his birth, and a talented united Yugoslavian basketball team had won the silver medal (after losing to the USSR in the final) at the 1988 Olympics. Evidently, Yugoslavia was in the process of becoming a basketball power when the state collapsed in 1992.

The 1988 Olympics offered the first major indication of the tide turning for basketball in Eastern Europe. Suddenly, the Soviet Union and Yugoslavia were the world’s two best teams in a sport where Americans saw anything less than a US gold medal as a failure. American expansion bred a new basketball-crazed region of the world, and modern players like Jokić and Dončić are now following in the footsteps of early Eastern European trailblazers like Vlade Divac by competing with American players for NBA roster spots and all-star selections. European players in the NBA also brought a new playing style, with an appreciation for ball movement and positional versatility, revolutionizing basketball tactics.

The influx of foreign players into the NBA has clearly been good for the standard of league play and NBA revenues worldwide, as stars from smaller nations can immediately generate significant fanbases in their home countries. However, has this “foreign invasion” been good for American basketball players? With more talented foreign players taking up roster spots on NBA teams, opportunities for American players are slowly decreasing. A mid-level NCAA Division 1 basketball player might be passed on in a modern NBA Draft because league scouts see more potential in foreign prospects when that same American player would have comfortably found a spot on a roster 30 years ago.

In NBA talent and trade economics, domestic consumers win: thanks to American economic dominance and cultural imperialism, we get cheaper manufactured goods, more exotic foods, and foreign MVPs like Nikola Jokić. Unfortunately, there may also be losers in both scenarios, in the shape of American farmers, factory workers, and potentially young basketball players seeking to play in the NBA. In the forms of military, economics, and popular culture, American expansionism has created enormous gains for many, but we cannot forget the negative domestic consequences that accompany these benefits.