When Hunger Becomes Deadly: Drought and Famine in Somalia 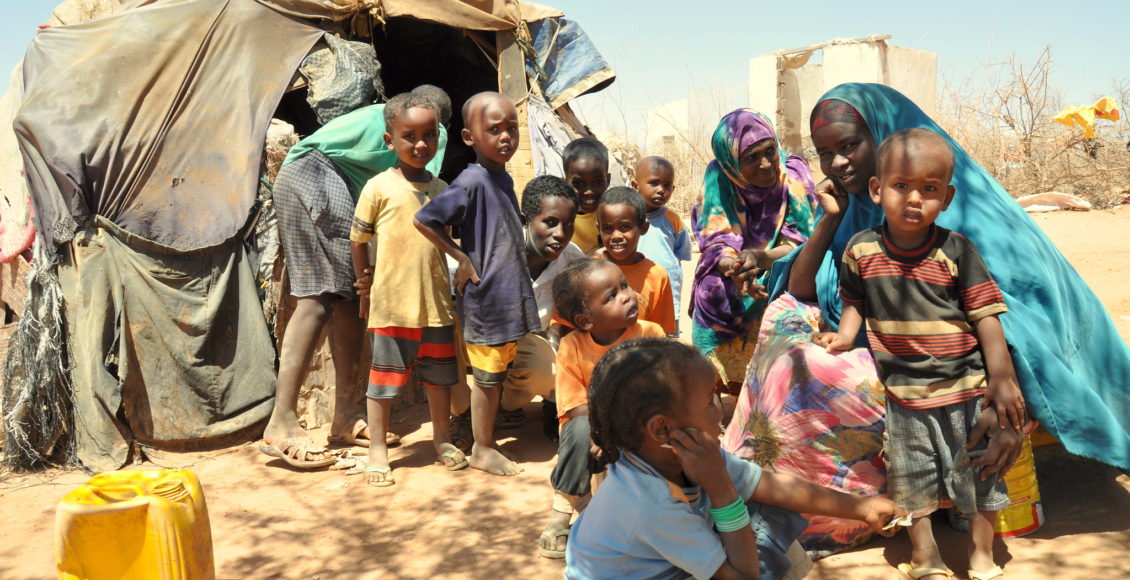 This year is déjà vu for the United Nations and aid workers worldwide. Perhaps the familiarity of a preventable disaster is reason enough to be alarmed, yet the international community remains slow to respond. A decade-long struggle with drought and crop failure in Somalia led to a famine in July of 2011, and it appears that the country is faced with the possibility of it happening again. Famine is not designated lightly; one in five households face extreme food shortages, one-third of the population is acutely malnourished, and a minimum of two out of 10,000 people die daily. In Canada, that would look like 6 million households, 10 million people, and 3,000 deaths every day.

Famine does not simply occur in a vacuum or without warning. There was less rainfall in Somalia in 2011 than any year in the preceding sixty. The Brookings Institute explains that droughts are long term disasters that “develop slowly… and cover a wide geographical area.” This year’s drought compares to that of 2011 with climate change most likely the culprit for the severe heat and dryness. Sub-Saharan Africa is part of what is called arid or semi-arid climates, which have low levels of rainfall. However, the frequency and severity of recent droughts are likely caused by rapid land degradation due to harmful farming practices, “contamination, soil erosion and the destruction of the vegetation cover.” Because of this, agricultural production was expected to be half of normal in 2011, leading to a rapid rise in the cost of food. Therefore, pastoralists had significantly less purchasing power, lost their main source of livelihood, livestock and crops, which, coupled with skyrocketing food prices, significantly diminished market access.

Per the World Bank group, inadequate market access is defined as geographically isolated regions with severely underdeveloped infrastructure preventing people from engaging in trade. The designation also extends to circumstances such as the loss of tradable goods, which is around 30% of people in “moisture-stressed” regions like Somalia. The importance of access lies in the fact that rurally-based people, who are also disproportionately poor, have significant barriers development. Somalia, unlike other rapidly developing or transforming economies, largely depends on locally tradable, staple foods to meet domestic demand. Agriculture alone accounted for one-third of total growth in Africa over 1993-2005 and its export was largely responsible for poverty eradication during those years. 71% of Somalia’s formal economy is agricultural. This statistic does not take into account informal transactions, which most likely accounts for an even larger proportion of the economy

Violence is a result of weak democratic structures, corruption, subpar service delivery, and high inequality among other things. Somalia is a post-colonial society and one that continues to experience intervention by western countries. The borders were drawn by imperial powers without any recognition of differing culture and ethnic divides, leading to protracted conflict. Its political processes were influenced by its northern counterparts. This political model, however, does not recognize the country’s conflictual history and different economic reality. Its economy, in many cases, was pre-determined as sites of resource extraction, as opposed to sustainable innovation and investment. Developed countries, by contrast, rapidly industrialized and trade manufactured goods. Further, The government cannot monopolize violence and protect its people. For 25 years, Somalia was considered a failed state, meaning the government lost control of the country to militant groups, borders became porous with people fleeing conflict, leaders could not supply services to its people, and the international community entered the country to mitigate damage.

Famine is “caused mostly by armed conflict and exacerbated by natural disasters or international policies” according to the International Food Policy Research Institute. Terrorist organizations such as Al-Qaeda and Al-Shabaab perpetually lose and regain territory retaken by Kenyan, Ethiopian, and other international troops. Militant threats became so dire that aid organizations were compelled to evacuate their workers from much of the southern parts of the country in 2010. Al-Shabaab did not permit access to its domain until many months into the famine. During this time, 260,000 people died. Despite recent federal elections in 2016, Al-Shabaab militants still have violent control over significant areas of the country.

Although the state is experiencing the most stable political situation in decades following the 2016 federal elections, the government is marred by corruption and lacks resources to adequately respond to the drought. Per Public Finance International, nearly 6.2 million people, or half of Somalia’s population are in need. The highest concentration of vulnerable people are in the south, where Al-Shabaab maintains control over large territories.

Early warning systems run by OCHA notified the international community in 2016 that another drought and famine were likely in Somalia. Multiple organizations are calling upon aid agencies to increase their contributions to avoid what may be the greatest humanitarian crisis in recent history.

Many UN agencies cite the 2011 famine, where 260,000 Somalis died in two months, as an example to previous failures and the resulting human toll. “The IFRC said that 11 million people are currently in need of urgent food assistance in Somalia, Ethiopia and Kenya alone. In 2011, more than 13 million were in need in those three countries and South Sudan”. The UN secretary General Antonio Guterres, explained that an estimated $5.6 billion USD is needed to adequately mitigate famine in not only Somalia, but Yemen, South Sudan, and Nigeria. However, the UN only has 2% available. In a world of excess, the massive scale of suffering is unbelievable. 330,000 Somalian children are acutely malnourished, but by June, that number could escalate to 3.3 million. Simply stating statistics does not adequately describe the personal experiences of millions of people, and it is important to seek out opportunities to hear and help those vulnerable to famine.

The featured image by Oxfam East Africa is licensed under CC BY 2.0.

Please consider donating to one or more of the following organizations:

Action Against Hunger – 93% of funds go to famine relief.