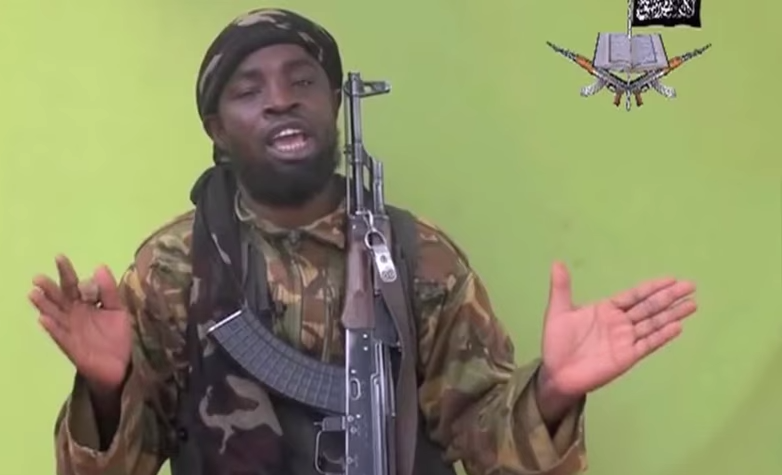 The last update on the international terrorist radar? A supposed allegiance between two of the most powerful groups, the Nigerian anti-government group, Boko Haram, and ISIS, which has captured much of the world’s attention over the past few months. The question that bears on everyone’s mind: Should this be a believable threat?

An individual claiming to be Abubaker Shekau, the current leader of the Nigerian terrorist group, made an oath of allegiance to ISIS in an audio message released over a week ago, on Saturday, March 7th 2015, on the Boko Haram Twitter page.

“We announce our allegiance to the Caliph of the Muslims Ibrahim ibn Awad ibn Ibrahim al-Husseini al-Qurashi and will hear and obey in times of difficulty and prosperity.”

As of now, there has been no response by Abu Bakr Al-Baghdadi, the current ISIS leader, but he has responded positively to similar pledges by other terrorist groups in the past.

After the kidnapping of around 200 schoolgirls from a Nigerian school by Boko Haram last year, the Nigerian terrorist group had become an important focus of media attention in the Western world. Created in 2002 by Mohammed Yusuf, Boko Haram was initially intended as an anti-governmental group, seeking to implement Sharia law in national criminal courts as part of a broader motive of constructing a system of good governance in the form of an Islamic state. It is not until 2009 that the terrorist group began its process of rampant violence throughout the nation as a means to gain complete control of the Nigerian government. After incidences of religion-based unrest between Christians and Muslims, Boko Haram began a series of suicide bombings and assassinations from Mauduguri, the birthplace of the group, to Abuja. Violence quickly spread throughout the whole of Nigeria, creating an atmosphere of intense fear and political unrest.

Although initially an anti-government group with no more than a national objective of reform, the Nigerian group gradually became a threat to the international community. With a name that can be translated literally to “Western education is sin,” the group could easily be tied to Islamic extreme fundamentalism, and its influence over neighboring territories, including the Ivory Coast, Niger, and Cameroon, provides legitimate reasons to worry. Security officials have in fact claimed the possibility that the group has been divided into two factions: one that has retained its original local objective, and another that is increasingly focused on regional expansion of what can be described as an Islamic caliphate.

In the Middle East, ISIS has been forming its own Islamic caliphate, defined by the Council on Foreign Relations as “a single, transnational Islamic state based on sharia”. The Islamic State of Iraq and Syria

(ISIS), now expanded into Libya and Egypt, has been acquiring great amounts of power within its region, and seems to be expanding further out over time. It managed to gather support from other African countries but also some Asian countries such as Pakistan, India, the Philippines, and Indonesia, and even a few Western individuals. With ISIS’s clear motive of a strict religion-based government, one could postulate that Boko Haram’s allegiance might be a political move to create an even larger caliphate, or, at least, become a “province” of the self-proclaimed Islamic state. The oath of allegiance can also be taken simply as a move to gain more international power. With ISIS being the most powerful terrorist group today, an allegiance to them might give Boko Haram a boost in its attempts at expansion. The Nigerian group has had ties to other large terrorist groups in the past, including al-Qaeda, both in the Islamic Maghreb and the Arabian Peninsula, as well as al-Shabab, based in Somalia. Seeing how al-Qaeda has declined over time, however, Nigerian terrorists can no longer claim allegiance to a group powerful enough to give them leverage in the international media scene, thus limiting their ability to expand their power. This might explain why they are now turning to ISIS. “With the brand that they get with the Islamic State, they can get more recruits, they can get more money, and they can get more media attention,” says Olivier Guitta, a Globalstrat Security Analyst.

And more media attention is exactly what Boko Haram is after. The rise of the importance of media in the political sphere in international affairs has been increasingly clear throughout the beginning of this century. In fact, upon a closer look, we realize that most of ISIS’s power has been gained through strategic use of media, such as the publicly posted videos of beheadings that instilled so much fear among the Western world (see this week’s piece on ISIS’s use of media). According to some, this type of media strategization and terror tactic is exactly what Boko Haram is attempting to extract from a relationship with such a large organization.

Through an alliance between Boko Haram and ISIS, both sides would benefit in different ways. The Nigerian group would be able to learn the tactics that ISIS has been using to acquire an amount of media attention as large as has been seen over the past few months. This could prove crucial in helping Boko Haram to fight back against the Nigerian government forces as well as neighboring countries like Chad and Niger, which have been putting considerable effort in keeping the terrorist group at large. The Nigerian terrorist group would gradually learn from ISIS and eventually may acquire a much more significant amount of international power, thus posing a real threat to the Western world. Some may also speculate that this type of alliance might bring increased monetary funding, as well as increased organization and strategization, as a result of the combination of the two powers. On the other hand, ISIS would benefit individually as well. Through this public oath of allegiance taken by the second most powerful terrorist group, the Islamic State has received increased publicity and the potential to attract even more foreign supporters. With current affiliations in Algeria, Libya, Egypt, Lebanon, Yemen, and others, their already wide-ranging support could expand drastically, posing an even bigger threat on the stability of current international affairs. As Nima Elbagir, of CNN, points out, “[Boko Haram] can also provide ISIS with a gateway into the Muslim populations in their neighbors and the rest of West Africa”.

Despite the fear that is sure to ensue throughout the Western world out of this possible alliance of two great forces, no recent activity has shown any evidence that this allegiance will have any real impact for either side. It could be, like much of the terrorist media activity in our generation, simply another terror tactic. Paying more attention to it will only fuel the terrorist groups with more power, trapping the U.S. and other countries in an endless cycle of fear, terror, and violence.