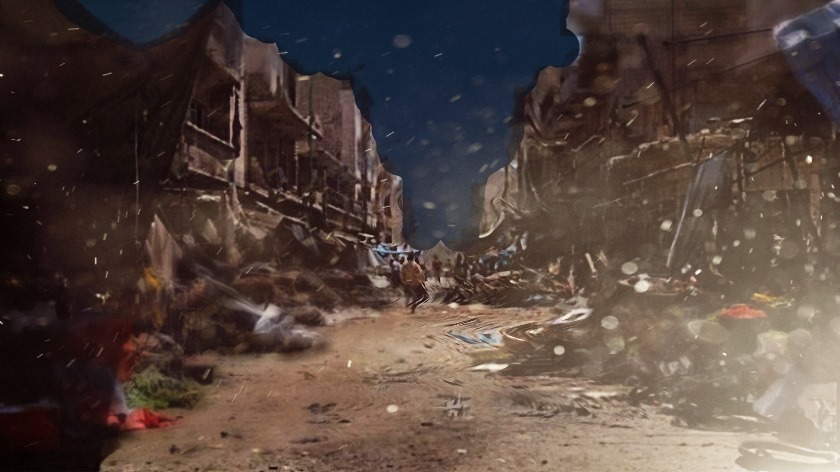 The war in Syria has been the definitive conflict of the 2010s. Over nine years, millions have been displaced and over 500,000 have been killed. Now, it seems that the final chapter of the Syrian Civil War is being written. The Syrian government’s offensive in the Idlib, a northwestern province that straddles the border with Turkey, is the culmination of the Assad regime’s years-long fight to defeat the rebels and secure the country. With both Turkey and Russia heavily invested in the offensive on opposing sides, it remains to be seen if the regime will succeed.

In 2014, the situation in Syria looked very different. Vast swathes of the country had been overrun by rebels, there was heavy fighting in most major cities, and the rise of ISIL had created a formidable and well-organized opponent in the east of the country. The defection of soldiers and officers from Bashar Al-Assad’s army, in addition to an influx of foreign fighters, had created a large, trained force determined to remove him from power. What weapons the rebels couldn’t take from government stockpiles were provided by their Middle Eastern and Western benefactors, notably Qatar and Turkey.

The tide only turned when Russia intervened on the side of the Syrian government in 2015. After stabilizing the front lines, the Syrian army, backed by Russian advisors, special forces, airpower, and significant support from Iran, began retaking rebel-held areas one at a time. This all took place amidst the context of the international coalition against ISIL in both Iraq and Syria, in addition to a rise in terror attacks across Europe. Today, the Islamic State is no more and the Syrian government, its allies and the Kurdish-majority of the Syrian Democratic Forces (SDF), who are currently aligned with the government, control the entirety of the country with the exception of Idlib and the area around the Al-Tanf base on the border with Jordan, which is controlled by the United States and its proxies.

In many ways, the government offensive in Idlib will likely be the most consequential battle of the war. During the earlier battles elsewhere in the country, the government signed ceasefire deals to allow rebel fighters to relocate to Idlib. As a result, tens of thousands of battle-hardened opposition fighters are concentrated in Idlib, ready to resist any Syrian government advance.

Turkey’s entrance as a direct combatant in the conflict in 2016 also drastically changed the course of the war. While Ankara has been focused on its ongoing conflict with Kurdish groups, it has also become the primary benefactor and sponsor of several of the most powerful armed groups in Idlib. The Turkish government has also established observation posts to discourage the Syrian government and Russia from launching an attack in Idlibㄧthough it’s now clear that they did not succeed.

The fighting in Idlib will likely be hard and bloody. Rebels in Idlib have acquired advanced weaponry from Turkey, including shoulder-mounted surface-to-air missiles, and the Syrian government and Russia continue their relentless air campaign. Several thousands have already died in the region since fighting escalated in December. Despite heavy rebel opposition, government forces have made large gains in the rebel enclave. The offensive has also already led to direct clashes between Syrian troops and Turkish soldiers, raising the spectre of broader Turkish intervention in Idlib. Given the number of Turkish troops stationed in and near Idlib, it is likely that Turkey could stop an advance by the Syrian government in its tracks. However, further intervention could also lead to direct confrontation between Russia and Turkey, an outcome that Turkey would like to prevent, as it could lead to domestic economic repercussions. Most notably, it could lead to the potential closure of a brand new natural gas pipeline in Turkey operated by the Russian government, which has been used as leverage against Turkey in the past.

Ultimately, as it has been for the past nine years, those who will be impacted the most by the fighting will be the Syrian civilians. Almost a million people have been displaced by the fighting already, with families being forced to leave their homes and sleep outside in the cold. Many more could be forced to flee if the government’s offensive continues.

As Russia and Turkey celebrate their recent ceasefire agreement, it remains to be seen if and how long it will last. The Syrian government has been known to use ceasefires to reorganize its forces before launching further attacks. Turkey and its local proxies may also take advantage of the ceasefire to bring in more heavy weapons and fortify the frontlines. Furthermore, no long-term plan has been adopted to restart the peace process or permanently de-escalate the conflict. While a short-term respite will ease the immediate suffering in Idlib, it will not prevent the inevitable resumption of hostilities and the familiar suffering it will bring upon Syrian civilians caught in the middle.

It remains uncertain whether the Syrian government will continue its assault and risk a full-scale showdown with Turkey or take its gains to the negotiating table for a final peace agreement. The outcome of the current round of fighting could determine the political future of Syria. If the government is able to defeat the rebels in Idlib and ward off Turkish intervention, then they will have defeated the final cohesive group of rebels in the country and will cement Al-Assad’s victory in the civil war. If peace talks resume, Turkey and the rebel groups it backs will attempt to negotiate the political reforms that the opposition has called for. However, their weakened strategic position will erode their negotiating power.

If the international community wishes to end the violence, they should continue supporting the peace process and exert pressure on Turkey and Russia to bring their respective allies to the table. Otherwise, the fighting will continue and more Syrians will either be displaced or killed, adding to the already immeasurable tragedy of the conflict in Syria.