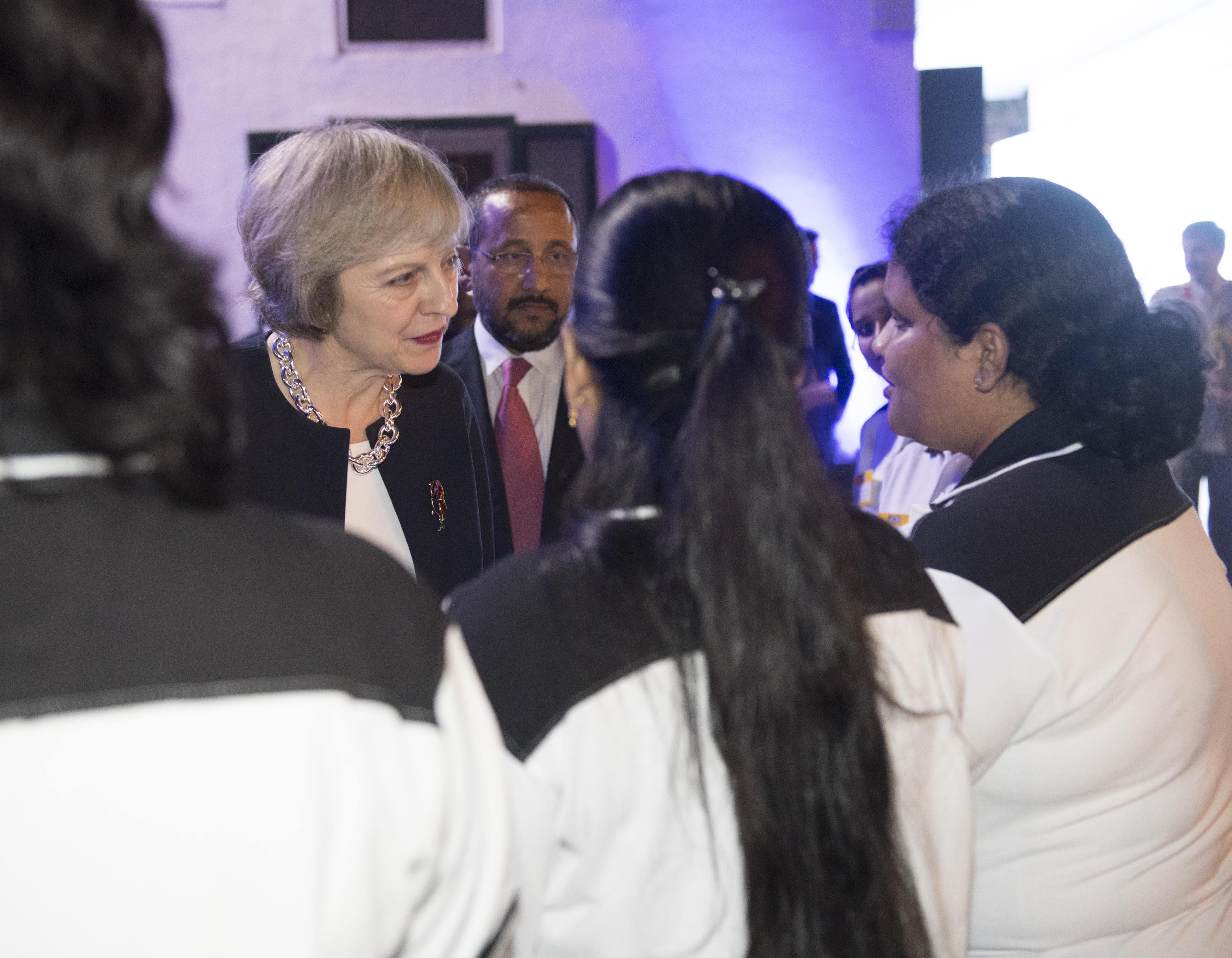 https://flic.kr/p/PbxKxp The Prime Minister Theresa May has Traveled to India for an official visit. She brought with her 30 business leaders from small and medium UK Technology companies, giving them the opportunity to meet potential partners in India.
Share

With the British referendum decision to leave the European Union, the public has been concerned with the issue of migrant workers and new immigration policies. EU citizens are left to wonder whether Theresa May’s policies will be to deal with the new challenges that arise from leaving the bloc.

Last year, the UK recorded its highest quarterly estimate for immigration ever. With an increasing number of people coming to the country, the concern over jobs and economic well-being obviously increased. Furthermore, some British border controls have been having difficulty controlling illegal immigrants. News like this has alarmed the public, so the government has a lot of work to do in both reassuring citizens and getting the situation back under control.

Local MPs have called for a regional immigration policy to be implemented. Through this policy, MPs hope to spread out the concentration of immigrants and help them integrate into the society by concentrating efforts into learning English. This way, they hope to control the number of foreign workers while still allowing migrants to work in the area.

The strategy could work if implemented properly. A high concentration of migrant workers in a certain area will certainly increase the competition in the job market while leaving other areas lacking candidates for open positions. This strategy, however, brings a number of challenges that the government will have to overcome. Firstly, the quotas per region will need to be established. MPs would have to reach a compromise with employers who hire foreign workers, and they must also assess the region’s capacity to take in more people. Secondly, there is the issue of spreading out the migrant worker population; the highest concentration of immigrants is in the London area. If they are to implement tighter immigration control, there may be high competition for these areas. They may need to implement more qualifications to get jobs in the regions that tend to attract more immigrants. These are only a few of the issues that may arise, for new policies always bring new (and often unforeseen) challenges.

Even if the regional strategy is not implemented, the MPs call for focus on English is important. In order to properly work in the country, a certain level of fluency needs to be achieved. While they do not need to be completely fluent in English, knowledge of the language is essential to compete for jobs with locals. Furthermore, those who live in the UK long-term without an adequate knowledge of English tend to just stay in their respective cultural enclaves, which makes it more difficult to integrate them into the English-speaking society. With a focus on helping them with their English skills, it would allow them to be more productive members of the society.

Immigration is only one of the challenges that May and the UK government face this year. While negotiations with the EU will certainly be a focus of the public and the media, immigration is going to be affected by all the decisions that come out of them. There has yet to be a concrete policy for May’s call for stricter immigration, but there has been progress made. Hopefully, a solution will be reached that will benefit, or at least not harm, all parties involved.