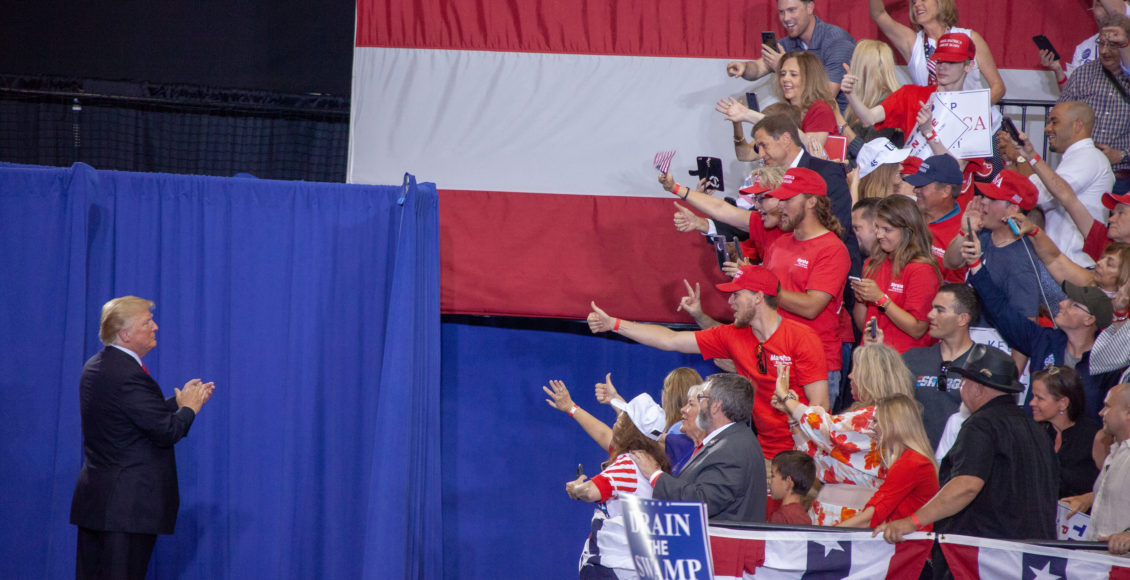 On September 24, 2019, House Speaker Nancy Pelosi announced a formal impeachment inquiry into President Donald Trump. The announcement came following reports that Mr. Trump had pressured the Ukrainian president to open a corruption investigation of former Vice-President and current Democratic candidate for president, Joe Biden. A whistleblower complaint suggests that Mr. Trump threatened to withhold $391 million dollars of aid to Ukraine if the Ukrainian administration did not comply with his wishes. Since Ms. Pelosi’s announcement, the House of Representatives has voted to formalize the impeachment inquiry and set the stage for a new phase of investigation.

Though impeachment has been a subject of discussion throughout Mr. Trump’s presidency, only now has it garnered enough support to have any chance of success. The emergence of the whistleblower complaint led a large number of Democrats to support impeachment. The Democratic majority in the House can ensure that impeachment moves to the Senate where the President would stand trial and face his potential removal from office. In the Senate, however, Republicans hold a majority. Given that impeachment requires a two-thirds majority vote to pass through the Senate, it appears highly unlikely that Mr. Trump will be removed from office. Democrats would need at least 20 Republican Senators to vote alongside them to formally impeach the President. With little hope of removing the President, Democrats should consider the divisive nature of such a significant process.

While the allegations against Mr. Trump can certainly be considered impeachable offences, impeachment may not be what is best for America. In an already tense political environment, impeachment threatens to considerably increase polarization. With an upcoming presidential election in little under a year, impeachment could jeopardize any hope of reuniting the country under a common set of goals and values.

For many Americans—especially Trump supporters—impeachment is a trivial issue pushed by perceived liberal elites. The issue of elitism is not new to America. Mr. Trump ran his presidential campaign in 2016 by railing against the elites in government and claiming that he would “drain the swamp” of self-serving politicians. Now, those who latched on to Trump’s anti-elitism will likely be unnerved by the process of far removed senators voting on the removal of a president elected by the American people. Republicans have already seized upon the issue to claim that Democrats are pursuing impeachment because they fear for their chances in the 2020 elections. Most importantly, many Americans may see Mr. Trump’s dealings with the Ukraine as inconsequential to their lives. They may simply wish to see their government move on and begin focusing on issues such as jobs and healthcare.

How does all of this play into the Democrats’ chances next year? As of November 3, 48 percent of Americans support impeachment. The popular vote, however, is insignificant to the 2020 presidential election. One must consider the electoral college, and more specifically, the swing states to determine how impeachment will affect the outcome of next year’s election. The closest states in 2016 were Pennsylvania, Michigan, Florida, North Carolina, Wisconsin, and Arizona. Polls suggest that just 43 percent of voters in these states support impeachment, whereas 53 percent do not. This means that the margin for not impeaching the President is +10 points, which is well ahead of Mr. Trump’s margin of victory in these states of +1.5. Given this data, it appears that moving forward with impeachment could be detrimental to the Democrats’ chances in 2020.

The most recent gubernatorial election in Kentucky suggests that impeachment has had a substantial impact on state-level politics in the lead up to next year’s presidential elections. On November 5, Democrat Andy Beshear defeated the incumbent Republican Matt Bevin by 0.4 percent of the vote. Mr. Bevin ran a nationalized campaign based on the issues of impeachment and President Trump’s popularity, despite their insignificance in Kentuckian state politics. The result of this election demonstrates the extreme polarization facing not only swing states, but traditional red states as well. The Democratic victory does not necessarily illustrate an approval of impeachment in Trump country, however. Matt Bevin entered the election as a historically unpopular incumbent, plagued by his political attacks on Medicaid, teachers, and reproductive rights. Had a more popular candidate been the Republican nominee, the election could have produced a much different result. If anything, the fact that Mr. Bevin did not lose by a larger margin demonstrates the unpopularity of impeachment among the Republican electorate.

It appears to be politically inexpedient at this point in time for the Democrats to pursue the impeachment of President Trump. However, many could argue that impeachment is not a tool to be used only when expedient. This power was vested in the Constitution to ensure that the president obeys the oath of office. Congress has a constitutional duty to impeach Mr. Trump if it believes that he has broken this oath. Indeed, if Democrats allow Mr. Trump to take part in blatant corruption without facing repercussion, their actions could appear weak and undemocratic in the eyes of American voters.

There is a chance that public opinion will dramatically shift once the inquiry sheds light on the controversy at hand, in which case Mr. Trump could actually be removed from office. Nonetheless, a defeat of Mr. Trump in the 2020 election could also send a clear message about the public will. Next year’s election can prove to be a referendum on the strength of America’s democratic institutions and demonstrate the failures of Mr. Trump’s brand of populism. Although the future remains uncertain, the upcoming weeks could dramatically shape the American political landscape for years to come.