In Defence of Post-Modernism: A Reply to Jordan Peterson 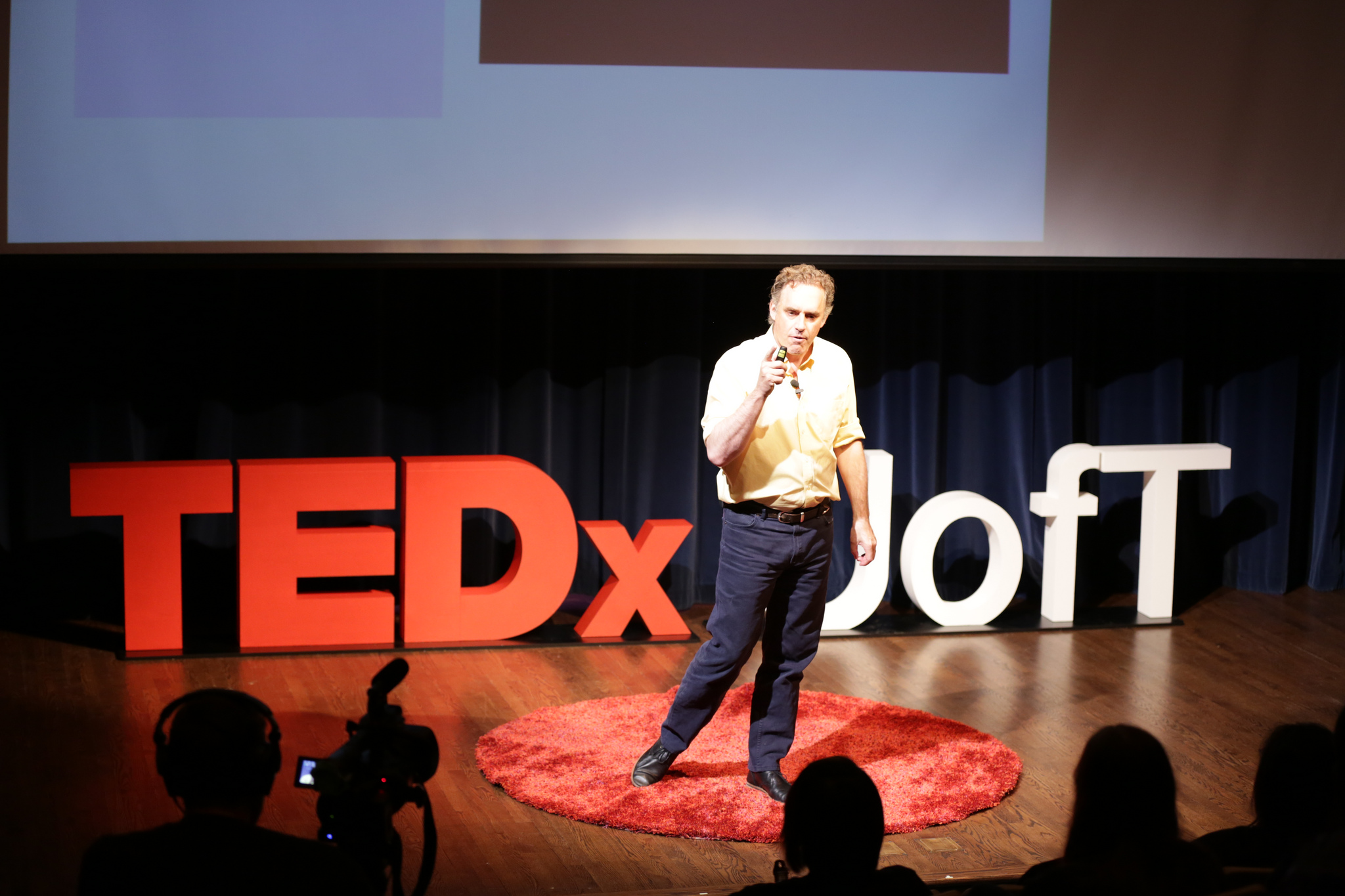 There has recently been a furious debate in the public sphere about post-modernism, or post-modern neo-Marxism as it is sometimes called.  Recently, Canada’s Jordan Peterson has made headlines for attacking it, blaming post-modernism for declining beliefs in truth and objectivity. While there are some virtues to what Peterson says, his general attacks on post-modernism have tended to operate at the level of caricature rather than serious analysis.

The Idea of Truth

For Plato, truth is famously found in the world of the most real world of ideal form.  This conception still carries weight for modern Platonists like Kurt Godel and Roger Penrose, usually because it grants tremendous importance to mathematics.  For others like Immanuel Kant—putting it crudely—truth is correspondence between the ideas in our head and what is actually occurring in the empirical.  For others, most notably the Cambridge empiricists and their intellectual descendants such as Stephen Hawking and Richard Dawkins, truth is what the best science tells us is true at any given period of time.  Things get even trickier, as one would expect, when looking at attempts to say what is morally true.  Some philosophers, notably Edmund Burke and Michael Oakshott, argue that moral value comes from norms forged by shared history and sense of community within which individuals both find meaning in tradition and express their individuality through creative innovation. This is pretty close to Peterson’s own position in Maps of Meaning.  Others such as Theodor Adorno have pessimistically argued that ideological morality is not only deeply flawed, but lends itself to irrationalism and egocentrism. These are all widely divergent positions, each with substantive points to them, on what is “true” about the world and about morals.

This suggests that simply railing against relativism and its dismissal of the whole idea of truth might be less constructive than we think. There is little accomplished in appealing to the truth if we do not know what the truth is. Of course, the mere existence of disagreement doesn’t itself suggest there is no such thing as truth, but noting the existence of disagreement is a good starting place to analyze what makes post-modernism’s so-called attack on the very existence of truth novel and important.

Giving a non-controversial account of what constitutes post-modernism would be impossible, since there are as many summaries as there are post-modern authors. Perhaps the most canonical position was that taken by Jean Francois Lyotard in his 1979 book The Post-Modern Condition. Written to give a general overview about the intellectual landscape in France during the 1970s, Lyotard makes a striking analytical distinction between the past and the present era:

“In contemporary society and culture – post-industrial society, postmodern culture – the question of the legitimation of knowledge is formulated in different terms.  The grand narrative has lost its credibility, regardless of what mode of unification it uses, regardless of whether it is a speculative narrative or a narrative of emancipation.”

This is a somewhat complex claim that warrants some clarification. What Lyotard is saying is that intellectuals no longer believe in “grand narratives,” which could be summarized as comprehensive systems of knowledge that tell us a great deal, both about how the world is and what one should do within it. In other words, they give us a strong account of what the “truth” is. Characteristic examples would be the grand narratives of most religions, where some Divine being accounts for both the origins of the world and human morality within it.

Generally speaking, I find it helpful to divide post-modern authors into two respective categories. The first are those, like Lyotard, who see post-modernism as an epoch or period in the history of Western thinking and culture.  The second group of authors, who are the main targets of Peterson’s attacks, are those who offer strong philosophical reasons to reject the idea of truth in both description and morality.

Post-Modernism as an Epoch

Authors who regard post-modernism as an epoch don’t necessarily believe that the idea of truth should be abandoned. Some of these authors, notably Badiou, insist that we must actually work to recover our believe in truth, but they believe that social and historical conditions have emerged in society which problematize or destabilize the grand narratives that once accounted for our strong belief in truth. This leads to the emergence of philosophies and ideologies, including those we will look at in the next section, which hold that truth should be abandoned or even simply regarded as irrelevant.  It also leads to the development of novel social features which are unique to the post-modern epoch.

Representative authors in this category include Frederic Jameson, Jean Baudrillard, Paul Virillio, David Harvey, and Lyotard himself. They give numerous reasons why belief in grand narratives and, consequently, truth have collapsed.  Some feel that the Second World War deeply undermined Western faith in old narratives about progress, such as Christianity and Marxism. Other authors argue that neo-liberal capitalism provoked the development of post-modern thought. As the world economy grew ever more connected, capital continued to upend traditional forms of life and systems of social organization, which led to a greater sense of alienation from the past. Finally, there are some authors who take a more technological approach.  The development of new media, from the internet to cell phones and television, has transformed our society at a fundamental level. New media make ideas accessible. But they also render them in an increasingly simplistic way, down to the 21st century where policy decisions can hinge on a tweet boiling issues down to a few hundred characters.  This relativizes the idea of truth, since people increasingly are driven by a need for entertainment and group conformity rather than an appreciation for complexity.

Post-Modernism as an “Attack” on Truth

The two authors Peterson most takes issue with are Michael Foucault and Jacques Derrida. Both were French thinkers who apparently reject the idea of truth.  They were also highly influential in academic circles, not to mention in provoking the so-called Culture Wars of the 1980s, the precursor to today’s attacks.  Their acolytes are apparently now legion, and heartily at work spreading the false creed that all knowledge is context dependent, all mores are relative to their cultural situatedness, and of course, that capitalism remains evil and must be destroyed. This is where Peterson argues that there remains a strong commitment to normative Marxism underneath the commitment of post-modern authors to absolute relativism. However, as we shall see, the story is much more complex.

Foucault never wholesale rejected the very idea of truth. Instead, it is more accurate to claim he was sceptical that the history of human knowledge gave us much cause for optimism that we would ever arrive at complete truth. Foucault’s account of knowledge is actually much closer to that of Thomas Kuhn, who is invoked with approval by Peterson in Maps of Meaning, than to some arch skeptic.  Foucault essentially argues throughout history we have seen immense changes in what is taken to be true and what is taken to be thought. What he calls “discourse” can be vaguely summarized as a system of knowledge which provides an explanatory matrix, provoking those who accept the truth of the discourse to act in a certain way. This includes organizing institutions around this discourse, developing techniques which conform to its broad confines, and of course suppressing the untruth of potentially contradictory discourses. The last reason is why Foucault always connected knowledge to power.

Derrida is a somewhat more enigmatic thinker who always rejected any attempt to summarize, let alone label, his work. However, the characterization of his work as deeply committed to relativism and dogmatically anti-truth is also something of a caricature. In works like Of Grammatology and Margins of Philosophy, Derrida actually engages primarily with the philosophy of language and the history of language analysis in philosophy. He argues that many philosophers have held to a phonocentric understanding of language. This means that language is fundamentally about a speaker, or author, who determines the strict meaning of what he or she is going to say and then utters it as propositions about objects in the world. To the extent the content of our propositions conforms to the actual objects out there in the world, we usually say a proposition is true. He takes this—somewhat unfairly I think—to be characteristic of the positivistic thinking he sees as being at the basis of modern rationalism. Derrida never took issue with the use of such ways of thinking about language, but he wanted to point out that this was inadequate to observing everything that language did.

Thus, neither of the two authors invoked by Peterson actually hold to the views they are accused of holding. Neither wholesale reject the idea of truth. Foucault often thinks truth is best found in history. Derrida is more ambiguous, but largely seems to think there are multiple kinds of truth that can be seen from a variety of directions.

The deepest irony in Peterson’s attacks on post-modern authors: he is about 30 years behind the times. Most of the hip Leftist thinkers today are people like Slavoj Zizek, Alain Badiou, Giorgio Agamben, Wendy Brown, and so on. They firmly believe in truth, argue against post-modern authors while drawing insights from them, and often are more closely affiliated with Marx. This just goes to show how complex and ironic the history of these movements can be. To appreciate that, we need to engage with them in depth. That will not be accomplished by dealing with caricatures.

Matthew McManus recently completed his graduate work on democracy and human rights at York University. He is currently writing a book on international law for the University of Wales Press. He can be reached at garion9@yorku.ca.