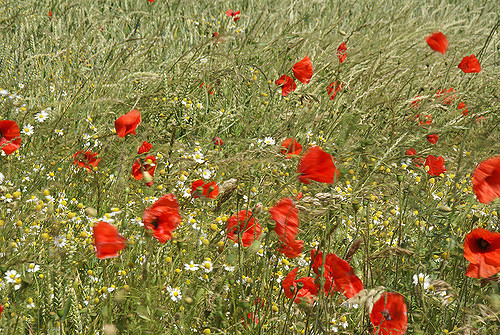 November 11th is the day we are supposed to remember, but November 8th will prove to be the day that is the hardest to forget. I and many other Canadians wear a poppy today, as we do every year, to serve as a reminder of what happens when disunity promotes conflict.

I am torn in what to believe. I have faith in democracy, and the liberal values that underpin it, which gives everyone in our society a voice to be heard. Tuesday’s results test that faith: when the voices of society preach hate and violence, it is hard to stand behind them. I will not agree with those voices, but the poppy on my chest represents those who have given their lives to ensure that those voices are heard, and I must do the same.

I don’t want to get hung up on electoral reform or decry Trump’s election as the apocalypse or the coming of a great darkness, but I can’t help but feel that things are unravelling. It seems we are heading once more into the breach: with political instability in Europe highlighted by Brexit and an increasingly aggressive Russia, a populist and isolationist president of the United States is not what is needed. Will a wave of right-wing parties take the upcoming elections in France and Germany? How will conflict resolve itself in the South China Sea if America is unwilling or unable to balance China’s aggression? Perhaps most importantly, when Russian and American interests seem constantly at each other’s throats, how will the quagmire that is the Syrian civil war be resolved?

I’ve lived through history. I remember the towers coming down. I remember Saddam’s execution. I can tell you what I was doing on the day Bin Laden was killed. But never before have I been so aware of impending repercussions of world events than after watching Trump surge ahead last Tuesday.

I had family members on either side of the both major global conflicts. My great-grandfather was a chaplain in the Canadian army, my grandfather an infantryman in Mussolini’s mountain divisions. They fought for and against men like Trump, not because they wanted to but because they had no choice. Their sacrifices were meant to ensure that in the future no one else would be forced into a similar position. I never knew them: though they survived the conflict, the burden of what they witnessed and experienced is something that my family is very aware of.

Have we forgotten the things that have driven us to the brink before? I am Canadian, so I can’t and won’t speak for a culture I am not a part of, but I am beginning to see the ripples of division spread throughout my world. Anger and fear are already blazing fires on both sides of the political spectrum just three days after Trump became the president-elect.

I am not so naïve as to suggest that we must come together in peace and harmony. I don’t have the influence or audience for such an appeal to have much effect anyway. I don’t have answers; I am simply afraid. Perhaps that makes me part of the problem, someone so scared of the other side that I am unable to compromise or work with them, but I truly do believe that we have entered into the beginning of a new chapter of history.

I can only hope that we remember what has come before.