In the Event of Birthright Citizenship’s Demise 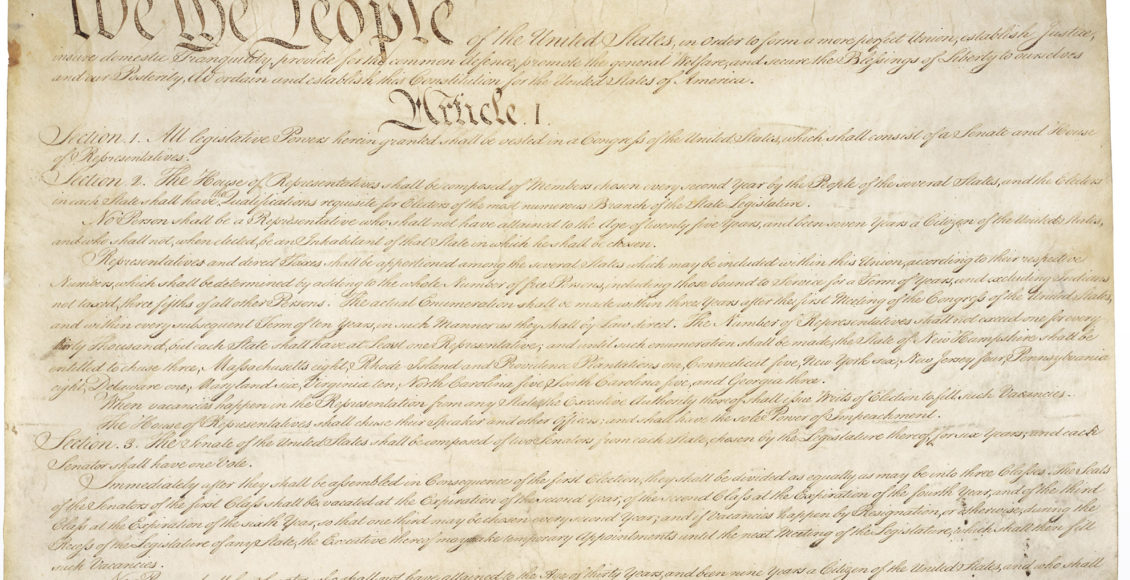 Over the holiday weekend, Americans of all walks of life sat down to celebrate Thanksgiving. America’s entirely imperfect yet remarkable multiculturalism is largely a product of the Fourteenth Amendment to its Constitution.Following the American Civil War, this historic amendment set a precedent for citizenship rights and equal protection of the laws in response to the question of freed slaves’ legal status. There can be devastating effects of social and political turmoil in countries where citizenship rights are inadequately accounted for, especially in situations involving multiculturalism’s recession. Nonetheless, the Fourteenth Amendment was recently threatened by the President of the United States. Trump declared his plans to end birthright citizenship through an executive order, and proponents and critics are at odds over what consequences this would impose on American society.

After falsely alleging that the United States was the only country in the world to enshrine birthright citizenship in its constitution, Trump said  that he could change the interpretation of the constitution by issuing an executive order. Those Americans who believe that the constitution cannot so easily be amended understood this as a  ploy to reinforce Trump’s unwavering stance on immigration a week before the critical midterm elections in the United States. Trump did not claim that he would sign the order, similar to his many promises gone unfulfilled.

By threatening to end the right of citizenship for the children of non-citizens, Trump is testing an amendment to the Constitution of the United States which was implemented 150 years ago to include all persons born or naturalized on American soil as its citizens. The Fourteenth Amendment is one of the most consequential amendments to the Constitution as it marked a crucial turning point for the emancipation of slaves by repealing the Three-Fifths Compromise. Former slaves were at last represented as full persons and therefore citizens.

Part of the problem with changing the Fourteenth Amendment would be where to draw a line in a society where very little of the population is indigenous and inter-marriage is common. The case of the Dominican Republic serves as an example of what happens when minorities are targeted and their birthright citizenship is annulled. Descendants from undocumented immigrants from Haiti were stripped of their citizenship in 2010 and many of these people became stateless since they did not hold Haitian citizenship either.The deportation of 70,000 to 80,000 people of Haitian descent over three years and the institutionalized terror for those left behind marked a dramatic moment in the country’s historyThe Dominican Republic’s case represents similar undertones to the United States in terms of the motives behind constructing such a threat. This type of punishment based on parents’ immigration status is the primary fear driving critics of Trump’s plan for its termination. Getting rid of birthright citizenship could also result in dramatic consequences, such as millions of residents without citizenship documents being denied work in the formal economy.

However, Trump’s plan seems frail to anyone familiar with constitutional law. Republican Speaker of the House, Paul Ryan, expressed this sentiment when he said  that “you cannot end birthright citizenship with an executive order”. This universal right established in the Fourteenth Amendment has been upheld for people of all races and classes since 1868 and it cannot be erased from the constitution with just an executive order. The president’s power is surely not omnipotent and is subordinate to statutes enacted by Congress, so Americans that fear Trump’s ambitions may find that their tensions are somewhat alleviated because of this. Nonetheless, the Dominican Republic’s case highlights the importance of being aware of the power of extreme rhetoric. Inciting millions of people against vulnerable groups of immigrants and their children can become increasingly impossible to control.

Paul Ryan’s judgment of Trump’s plan might have seemed helpful to the cause of Trump’s opponents in this case, yet Ryan tried to walk back his previous statement in an interview with Fox News by asserting that the Fourteenth Amendment should be reviewed. This references Trump supporters’ worry that people coming into the United States to have children for the sake of acquiring citizenship is a grave problem that must be resolved.

The path to United States citizenship is costly and tedious. Obtaining a green card and passing the naturalization test to become a United States citizen represent obstacles for those who wish to acquire the rights and opportunities that come from being an American citizen. Although this process may not be easy, it is possible. However, many Americans hold the view that if one is willing to go through the process of acquiring a green card and becoming naturalized, they and their children can enjoy the advantages accruing from American citizenship. The ugly inverse is that children of undocumented immigrants are not seen as worthy. Fear of immigrants coming to the US to have children coincides with the fear of such immigrants changing the character of the United States. This view is rather troublesome given that children born in the United States to non-citizens feel that they are nothing short of an American. The threat to the Fourteenth Amendment may not produce any real change in the character of the constitution, but it has the potential to foster neglect, criticism, and hostility for Americans born to non-citizens.

The arguments made in favour of ending birthright citizenship represent an ideology that is ultimately un-American. Birthright citizenship represents the United States’ prodigious ability to successfully assimilate immigrant populations. Proclaiming that millions of Americans are undeserving of their citizenship is a direct attack on the constitution since these Americans currently share equal legal status with those Americans whose parents are citizens due to the Fourteenth Amendment. This in turn engenders notions of distrust and hostility against  people who have always viewed  themselves as American citizens. Trump’s divisive rhetoric undermines the shared ideals of past presidents and Americans. Democracy and the rights it entails are no longer respected as an ideal imperative that should be unequivocally upheld. Instead, it’s being exploited for political rhetoric as a means to the Trump administration’s political ends.

Birthright citizenship serves as an obstacle to restrictionist policies. Policies aimed at deterring certain classes of immigrants from immigrating to the United States have been popular topics in Trump’s political agenda. Such policies are but one framework for President Trump’s divisive political rhetoric, which allow him to increase his influence and number of supporters. Yet, many of his own supporters disavow any move to threaten birthright citizenship. While President Trump vows to eradicate birthright citizenship from the constitution of the United States, the constitution itself and Trump’s opponents in this arena are and have been determined to stop him.