India and the Rohingya 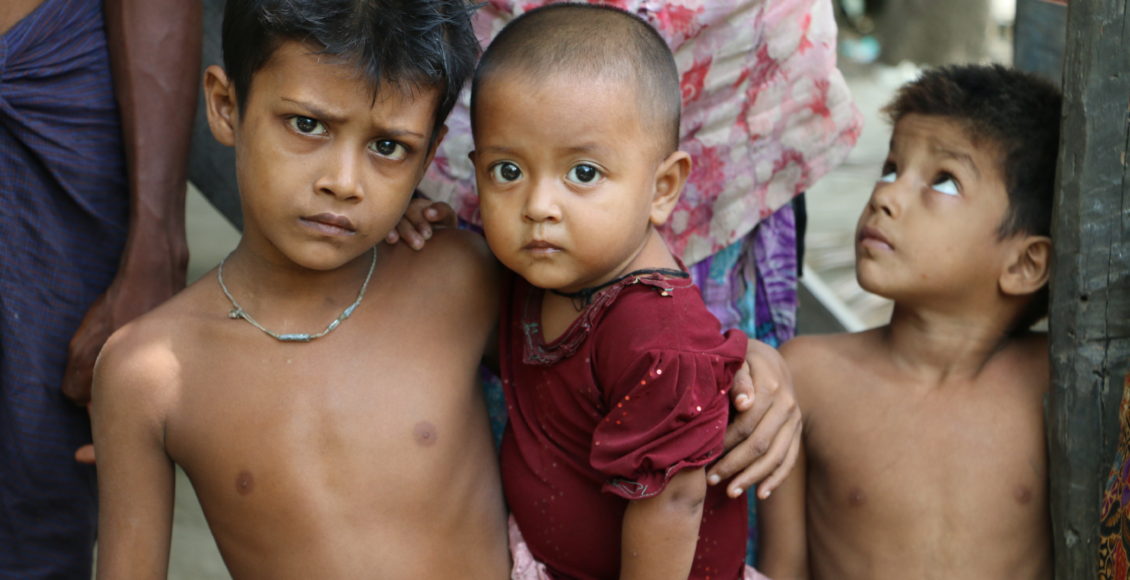 Often dubbed as the world’s most persecuted minority, Rohingya peoples have been subjected to intergenerational violence, leading many to escape to other South and Southeast Asian countries.
Share

For over four decades, New Delhi has been a silent spectator to the persecution perpetrated by its eastern neighbour, Myanmar. Despite India’s extensive history of intervention, during the brutal military crackdown of the 8888 uprising in Myanmar in which student protesters were killed, an uneasy New Delhi stayed mum. In 2007, the Indian government chose “not [to] interfere in the internal affairs of Burma” as pro-democracy activism could challenge military rule in Myanmar.

Last month, the International Court of Justice (ICJ) rebuked the Myanmar government’s defence of military atrocities in Rakhine state of Myanmar. For decades, though specifically following a series of attacks on August 25, 2017, hundreds of thousands of Rohingya have been forced to escape violent persecution in the region. In line with its noninterventionist foreign policy towards Myanmar, India has remained silent over the persecution and the ensuing crisis of Rohingya refugee movements into Bangladesh and mainland India. If anything, India has played an active part in demonizing Rohingya refugees who have escaped into India through the porous jungles of the Indo-Burmese and Indo-Bangladeshi borders. So, why does India, as a democratic country, refuse to take a stance on the Rohingya when it has rushed to the aid of other refugees in the past?

Before analyzing India’s reticence over the persecution of the Rohingya, it is worth exploring why India’s silence is unusual in the first place. The answer lies in India’s long history of sheltering migrants escaping political and religious persecution across the subcontinent. The Partition of India in 1947 forced a bloody and traumatic migration of over 7 million people arriving as refugees from the newly formed states of East Pakistan (now Bangladesh) and West Pakistan (now Pakistan) into the independent state of India. Even in the 1950s, newly independent India provided aid and resettlement opportunities, albeit imperfectly, to many who had crossed the eastern and western borders. Additionally, the Indian government has been providing asylum to Tibetan refugees since 1959, as well as issuing passports and subsidizing education for Indian-born Tibetans. Furthermore, India has assisted refugees of the 1971 Bangladesh Liberation war, Tamil Sri Lankans, and Hindus and Sikhs escaping second-class citizenship in Afghanistan and Pakistan, who, under Indian law, are defined as ‘foreigners.’

Today, India hosts over 200,000 refugees, each of whose asylum claims are decided on a case-by-case basis by the UNHCR office in New Delhi. Among the 200,000 individuals, 17,880 are registered as Rohingya from Myanmar, though there are thought to be as many as 40,000 such refugees in India. Despite not being party to the 1951 United Nations Convention nor  the 1967 Protocol on the Status of Refugees, according to the UNHCR, the Government of India “in general respects the principle of non-refoulement (protection against return to a country where a person has reason to fear persecution) for holders of UNHCR documentation.” However, as a result of India’s unsigned status, refugees are protected under Indian law on an ad hoc basis. It is clear even in the absence of international mechanisms, India often protects and assists refugees, but this courtesy has not been extended to the Rohingya.

The State of Rohingya in India

India’s history of regional humanitarianism and social rhetoric of Atithi Devo Bhava (‘guest as god’), has escaped any discourse on the Rohingya in India. The grim reality of Rohingya Muslims in India is one of fear, uncertainty, and denigration.

In 2017, the Government of India announced plans for the deportation of Rohingya refugees settled in various parts of India, declaring them a ‘threat to national security.’ Public announcements in 2017 threatened grave consequences for the 7,000 Rohingya people living in Jammu if they did not leave the northern region immediately. In the same year, former Minister of State for Home Affairs, Kiren Rijiju said that Rohingyas were not ‘refugee(s)’ but rather ‘illegal migrants’ who should be sent back from the border. The following year, Rohingya refugees were accosted at India’s northeastern borders and sent back to Bangladesh and Myanmar.

Then, the National Register of Citizens (NRC) in Assam provided a legal mechanism to indefinitely detain Rohingya peoples living in the northeastern Indian state. The Assam NRC was first created in 1951, and named Assam-born Indian citizens, as per the Government of India electoral records. When the Assam NRC was updated in August 2019, over 1.9 million residents were rendered stateless unless proven otherwise.

The NRC has been part of recent discourse in India, initiated on the part of the ruling Bharatiya Janta Party (BJP) as part of its extension into an all-India NRC. This extension would be part of India’s controversial Citizenship (Amendment) Act (CAA), which would be updated in April 2020 using records from the National Population Register (NPR). The CAA-NRC would disproportionately target Rohingya Muslims not only in Assam, but elsewhere in India as well as they would be the first sent to detention camps should the pan-India NRC be implemented.

So, why is India, a country often considered to be the democratic counterweight to China in South and South-East Asia, complicit in Myanmar’s “genocidal intent” to persecute Rohingya Muslims?

The answer might be easy for those who connect the BJP’s Islamophobia with a tightening border. However, India’s policy of silence on the lack of freedom in Myanmar, specifically relating to the Rohingya, transcends national party ideologies. Since 1991, India has oriented foreign policy towards Southeast Asian nations in an effort to counterbalance Chinese influence in the Asia-Pacific region. Under the Modi government, the erstwhile ‘Look East’ policy was refashioned as the ‘Act East’ policy, in a bid to strengthen regional economic ties. Ultimately, ties with Myanmar and the Myanmar government matter immensely to India’s domestic and foreign imperatives, enough for the Indian government to overlook considerations in taking a democratic moral ground.

For one, Myanmar presents a large economic opportunity in oil. Myanmar’s rich oil repository and geostrategic importance necessitate a robust bilateral trade policy between the two countries. In the early 2000s, upwards of 30 trillion cubic feet of natural gas reserves in the western province of Rakhine posed an attractive opportunity to a fast-growing and energy-starved India. India was eager to capitalize on their shared border and establish profitable trade, as was its main competitor, China. To this point, a former secretary of the Indian Chamber of Commerce remarked in 2007 that “India and not China should be getting [Myanmar] gas.” In the following decade, however, China became the largest importer of Myanmar’s petroleum gas, valued at over $2.7 billion in 2017, while India continued to import merely $7 million worth of vegetable products in the same year, receiving the shorter end of Myanmar’s multilateral economic trading.

In addition to economic prospects, Myanmar also retains a particular significance for India due to its shared 1,643 kilometre border. India’s multi-ethnic northeastern region and Myanmar’s northwest region have been prone to violence and mass dislocations. Insurgency is one of the most pernicious problems facing regions on both sides of the border, and is rather challenged by both Indian and Myanmar state security forces. These movements tend to be propelled by weapon smuggling from Bangladesh’s Cox Bazaar (part of the ‘golden triangle’ network of arms and drug smuggling in South-East Asia). In attempts to curb the rising insurgency, India and Myanmar have conducted numerous joint military operations to negotiate compromises or outrightly orchestrate counterinsurgency efforts.

Fuelled by intentions to improve trade for the many possible economic ventures between the two countries, there are many upcoming infrastructure projects. This includes the Kaladan Multi-Modal Transit Transport [KMMTT] that will connect the ports of Kolkata in eastern Indian and the Sittwe deep-water port in Myanmar’s Rakhine state. Using projects such as this, India and Myanmar seek to “maintain the tempo of high level interactions…recognizing that strong ties across all pillars of cooperation were in the fundamental interests of both countries.”  To garner Myanmar’s support for military and infrastructural undertakings, India has supported both military and democratic leaders in Naypyidaw over the years, even if it has meant diluting its democratic commitments and appearing complicit in genocidal acts.

Indo-Myanmar relations have been prone to fluctuations in recent history. It is evident that in the case of those fleeing persecution by Myanmar security forces, the Indian government is actively employing mechanisms to marginalize Rohingya refugee populations, despite going against a long history of democratic foreign policy across the region. India’s persistent silence over genocide in the Rakhine state and the dire conditions of Rohingya Muslim refugees in Bangladesh and India is integral to India’s strategy of maintaining ties with Myanmar and maintaining a legitimate game of influence with China. A cross-border regime that rests on counterinsurgency in India’s northeast, bilateral trade, and vilification of minority populations (with strong doses of Islamophobia) creates a relationship wherein Myanmar finds an unlikely partner in India in the latter’s willingness to aid and abet genocide.

Featured image: IMG_0101 by United to End Genocide is licensed under CC BY 2.0.

Editor’s note: A previous version of this article incorrectly stated that 1,600 Rohingya refugees from Myanmar in India are registered with the UNHCR. The correct figure is 17,880 (as of 31 January 2020), courtesy of UNHCR India. This has since been amended. MIR regrets this error.

Sajneet is a U2 student studying History and Social studies of medicine. She is interested in critical histories of South Asia and and her academic work emphasizes gender, caste, health equity, resistance and violence. In her spare time, she can be found debating, making to-do lists or repairing her two bicycles.