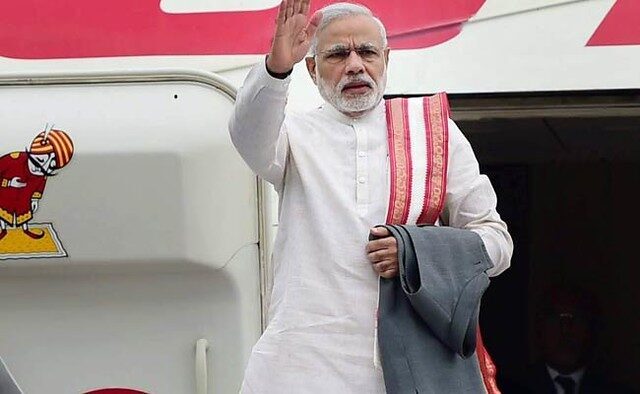 A recent military clash on the world’s most extensive disputed border, known as the Line of Actual Control (LAC), highlighted significant tensions between the two countries it separates: India and China. Few concrete details are known about the skirmish, except that Chinese soldiers fought Indian troops in hand-to-hand combat in the Himalayan region of Ladakh. Afterward, a puzzling press conference given by Indian Prime Minister Nerendra Modi left the Indian press with much to decipher. Across the LAC, there is silence; the state-run media in China delayed reporting on the story and coverage was hard to come by. In the coverage that did emerge, details were often vague, leaving-out the number of Chinese casualties. Compounding the mysteriousness of this attack, the region where it occurred is located in a very isolated Himilayan area of Ladakh where reporters have limited access. In the face of Chinese expansion, many Indians want to see action to counteract this regional force. Without adequate communication by the Prime Minister and a clear view of the correct path forward, Indian citizens could feel nothing is being done, and civil unrest may brew.

The controversy around this border traces back to British-India, where the Western Indian border was well-defined under British rule, but the eastern one was not. This area remained hotly contested until the India-China war affirmed its place in 1962. Until just recently, it was kept peaceful. According to Al Jazeera, on June 15, Chinese soldiers crossing the LAC to set up temporary “structures” triggered the fighting. Hand-to-hand combat ensued shortly after Indian troops arrived to verify these reports.

Unlike Modi’s typical nationalist sentiments, during the press conference following the event, he stated that there was no incursion at all and that there had been no escalation by the Chinese. This move angered members of Modi’s nationalist base who favour tougher Indian action on China, some of whom called for a boycott of Chinese products. Modi realizes how disastrous war with China would be, and as such, he is trying to quell tensions without appearing weak. However, this strategy backfired when the Chinese press copied, subtitled, and sent out Modi’s press conference. They used it as evidence that India was the aggressor and that China was indeed innocent according to India’s own Prime Minister. The interview also sparked controversy in India, where many asked how 20 Indian soldiers were killed with no incursion. Prominent congressional leader Rahul Gandhi, tweeted “PM has surrendered Indian territory to Chinese aggression. If the land was Chinese: 1. Why were our soldiers killed? 2. Where were they killed?” These discussions are playing out across the nation’s hundreds of news channels, each trying to decipher his true motives.

In response to this confusion, the Prime Minister’s Office released a statement saying that there was no incursion since the Indian soldiers were foiling a “failed transgression by the Chinese.” Although this response is clearer, it fails to account for the 20 Indian soldiers who were killed without an Indian military post being overrun. Furthermore, Ajai Shukla, a former Indian colonel and current journalist, stated that denying Chinese interference over the disputed border would be “extremely detrimental to India’s position on further border negotiations.” In what appears to be an attempt to preserve his strong-man persona, Modi insisted everything was under control by denying reports of an incursion or destroyed military posts. Ultimately, this move shrouded his views — and the facts of the event itself — in mystery. Thus, China gained the narrative advantage by leveraging selective coverage of the event in its state-run newspapers.

Modi realizes that India cannot stand up to China militarily. Instead, citizens are seeking to take an economic approach by boycotting Chinese products. The Indian government did not announce any official boycott, but according to reports, it asked e-commerce companies to indicate the country of origin on imported goods. For India, boycotting Chinese products may prove difficult, since China is its second-biggest source of imported goods, after the US. Notably, 70 per cent of Indian medicine is imported from China; the government pledged to become more self-sufficient, but these reforms will take time. Additionally, India’s booming smartphone industry involves importing certain parts from China, and many of India’s most successful businesses count on Chinese investment. Without alternatives for trade, it is clear that an Indian boycott of China is unlikely to happen without massive negative economic impacts. Because China receives only 3 per cent of its imports from India, this disadvantage is not mutual.

So far, this skirmish has yet to incite further military escalations. Still, many Indians feel that something must be done to combat China’s growing influence, and they are unsatisfied with the government’s response. Furthermore, with a boycott looking unlikely, coupled with Modi’s lack of clear leadership, public opinion may come under the influence of more hawkish and aggressive anti-China actors. Modi probably wants to avoid further conflict, though he must also confront unrest among members of his nationalist base who seek sterner action.

It is more important for India to focus on the self-reliance initiatives and economic recovery that Modi announced in the wake of COVID-19, as opposed to letting public opinion drive impulsive hawkishness. The Indian government must spearhead these discussions since it is their rhetoric that will be discussed in the news and by Indian political groups across the country. It seems that Modi will have to respond by pandering to the nationalists while sidestepping their aggressive anti-China sentiments if he wishes to steer clear of any escalating forces that could lay the foundations for a disastrous war in Asia.

Featured Image: “Narendra Modi” by Jhon Don is licensed under CC BY 2.0.