Inflation and its Politicization: Concerning Trends on the Rise 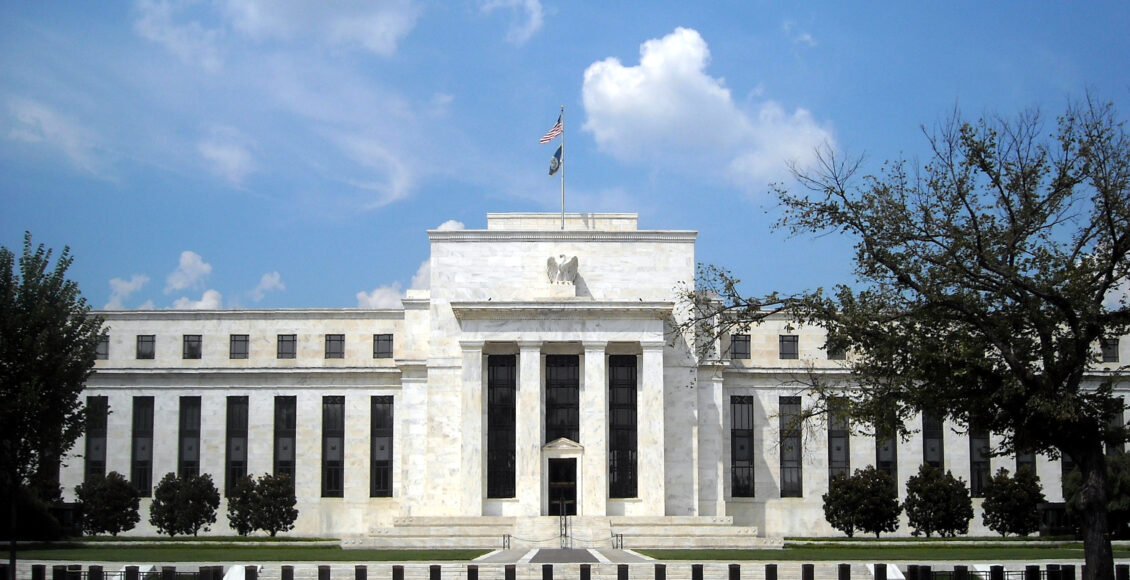 The Eccles Building, as known as the Federal Reserve Building, home of the bank responsible for setting American monetary policy. Photo by APK. Licensed under CC BY-SA 3.0
Share

Over the last two years, a concerning trend has emerged in the West: opposition parties calling for governments to change interest rates and implement contractionary monetary policy in response to inflation. In turn, elected officials have overstated their ability to remedy these problems. The outcome of this political spar is the politicization of central banks, the bodies which are actually responsible for these government operations. This politicization goes beyond debating who is best suited to lead the Federal Reserve or the European Central Bank: it erodes the independence of central banks and misleads voters, creating perverse policy incentives.

There are countless examples of inflation becoming a pawn in the political blame game. In Canada, Conservative MP Pierre Poilievre has gone as far as blaming Justin Trudeau personally for high inflation. Notably, Trudeau and the Liberals do not have direct control over inflation rates in Canada, nor do they have the political clout or jurisdictional authority to address the real culprit of COVID-era inflation: the breakdown of global supply chains. In the US, Senator Mitch McConnell has repeatedly said that Democrats are worsening inflation with vaccine mandates and federal pandemic unemployment benefits that cause labour shortages. However, in Europe, a slightly different trend has emerged. Rather than the opposition attacking the incumbent for their failure to adequately address inflation, the government themselves have overstated their ability to do so. For example, in the UK, Prime Minister Boris Johnson has said his Tories have a plan to reduce inflation by providing people with more government benefits, and Hungarian Prime Minister Viktor Orban has promised that he will appoint one of his cronies to run the Hungarian Central Bank and take curbing inflation into his own hands.

This pattern of both putting the onus on elected governments to correct inflation and making their ability to do so a metric for successful governance inevitably leads to the politicization of central banks. This goes beyond the standard scrutiny that occurs when the time comes to make a new appointment to these technocratic institutions, and instead entails having the powers of central banks transferred to elected governments. Furthermore, this rhetoric often misleads voters, making them believe that things like monetary policy already fall under the purview of the elected government. When Poilievre accuses Trudeau of causing inflation, the message to voters is clear: elect me because I can solve this. With this message is the implication that the PMO has the same powers as the Bank of Canada, which is not true.

It may seem that the politicization of central banks is not harmful in and of itself. Central banks are massively powerful institutions that shape national and sometimes global economies – having democratic accountability for these institutions may seem like a good idea. Central banks are meant to be immune from democratic pressures because they must make universally unpopular decisions to prevent bad outcomes in the long term. These are decisions that few elected officials would be willing to make. Additionally, politicians’ short-term incentives regarding monetary policy are rarely beneficial in the long term: expansionary monetary policy might look great to voters before an election but cause inflation years later. For these reasons, central banks should avoid politicization at all costs. This necessity was illustrated in the 1970s when many central banks lacked the independence they have today. After the post-war Bretton Woods currency system collapsed, elected politicians were put in charge of monetary policy. No elected official wanted to implement a contractionary monetary policy and accept responsibility for a rise in unemployment. As a result, inflation skyrocketed until the 1990s. Between 1970 and 1989, the average inflation rate was 6.54 per cent, compared to the average 3.10 per cent over the entire 20th century.

In addition to the politicization of central banks, several politicians have been peddling misinformation by telling voters that the ability to solve inflation lies with the electorate. This has two harms: misleading voters and incentivizing shoddy policy to appease them. Voters’ opinions can shift when they are convinced that the impossible is possible, like the Canadian government fixing global supply chains unilaterally, or when they are told that policies will have unattainable impacts, like the Tories in the UK proposing tax rebates as a solution to inflation. Elections become about issues that are not actually at stake, subverting democracy. For populist leaders, this has become a useful political tool: fixating on the role of central banks serves as an opportunity to attack the establishment and the political “elites” that get appointed to head it up, feeding into classical populist rhetoric. Furthermore, by focusing on the most basic impacts of inflation, like the increasing costs of groceries, populists get to brand themselves as truly looking out for the interests of ordinary people.

Beyond the manipulation of voters, politicization also incentivizes shoddy policy choices. This mostly applies to populist leaders who tend to make inflation a cornerstone campaign issue, but it affects normal politicians, too. If their opponents are blowing the whistle on inflation, incumbents feel the need to do something and depict themselves as both conscious of the issue and competent in solving it. While governments lack control over monetary policy, they do have control over fiscal policy – if they wish to address inflation, they can reduce government spending by lowering the salaries of public sector employees, reducing the amount of funding put towards infrastructure and education, and increasing taxes. These measures are massively unpopular and almost guarantee that a party or leader will not fare well during the next election. Therefore, many governments instead turn to handouts and price ceilings. For example, in Hungary, Orban has slashed grocery prices and demanded that they cannot be priced higher than their value as of October 2021. While these strategies may serve as short-term fixes, they inevitably lead to long-term shortages and more inflation because the quantity demanded of these goods is greater when they are cheaper. When combined with the fact that supply is constricted and goods are more expensive to produce due to global supply chain issues, price ceilings mean that firms end up operating at a loss. Put simply, governments use expansionary fiscal policy in times of inflation to make themselves look good and provide a short-term solution, but this only has the effect of exacerbating inflation in the long term. This is another form of misleading voters: it gives them false confidence that their governments are handling the economy well.

The recent trend of politicizing inflation rates and the role of central banks in addressing them is a recipe for volatility rather than a path to success. The politicization of central banks only creates poor incentives for elected officials, leading to half-baked fiscal policy, the transfer of powers to elected officials, and cannon fodder for populists like Viktor Orban. Politicians should think long and hard before they accuse their opponents of not doing enough to combat inflation in the COVID-19 era, and voters should take the promises made to them with a grain of salt.