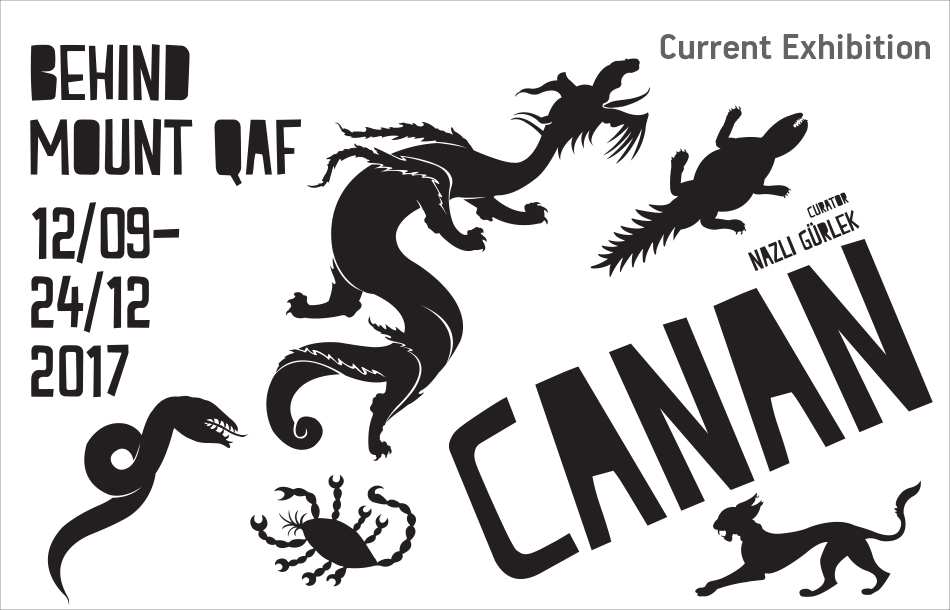 CANAN is the persona of Turkish-Kurdish artist, feminist, and activist who was born with the name Canan Şahin. Born in Istanbul in 1970, CANAN went to Marmara University for the first part of her post-secondary studies, graduating in 1998. In 2006, she went to Boston to study at the School of the Museum of Fine Arts in Boston.

The choice to change her name to CANAN was one with political and gendered implications, which she discusses in the bio of her official website. Turkish law (and in some situations, men in the family) decides at birth, marriage, and divorce which surname will be allocated to any woman. The personal preference that she made to be addressed as CANAN is something she further explains in the following quote:

“I refuse to use this surname that depends on the permission of the husband and the government. I reject to get this permission. I am bored and fed up with facing permissions and impositions in every stage and field of my life. The surname that was forced to be used while getting married is turning into the permission of the government and the gift of the husband when getting divorced. I renounce the “benefits” the surnames will provide me, and I renounce surnames.”

I encountered CANAN’s work at ARTER, an art gallery located on Istiklal Avenue in Istanbul. Her exhibition is entitled Behind Mount Qaf, which plays with three main themes characterized on each floor of the exhibit: Heaven, Purgatory, and Hell. The pieces and the stories behind them are often intimately close to CANAN’s life and personal experiences, but they also take on a fantastical form. Many of the pieces carry political themes such as “Heaven”, which depicts people of different sexual orientations living in harmony, or “Transparent Police Station”, which is based on a government decree from the ’90s that urged police stations to become more transparent.

This vibrant and deeply meaningful exhibit covers many themes, the most prominent being feminism. The artwork cumulatively puts forward the importance of the agency and freedom of the physical form, particularly the strain experienced by the female body. On the staircase leading up to the first floor of the exhibit is a self-portrait entitled “Cybele”, which portrays CANAN pregnant and nude, holding the pose of the goddess Cybele. In an interview with ARTER (seen below), CANAN states that she painted this in 2000 in response to an ongoing debate at the time over how it was supposedly offensive for pregnant women to be out on the streets. Another piece called “Fountain” is a video of milk dripping from breasts, representing the mother’s milk as the source of life. CANAN wanted to develop a different discourse that shatters the binary of art as portraying women’s bodies either as a lustful object or as the image of the sacred mother.

The most poignant of these is perhaps the video installation “Women Bathing In Moonlight”, which was inspired by the sad tale of Madam Marta, a free-spirited woman who lived in Burgazada (one of the Princes’ Islands) in the late 1980s. Madam Marta ended her life due to rumours that spread about her after those on the island saw her swim in the nude. The installation shows women in Burgazada howling at the moon, then going down to the water to bathe in the nude. This bathing represents the shedding of social pressures on the female body from centres of power that prevent women from connecting with their core essence.

CANAN’s Behind Mount Qaf will be open with free admission until 24 December, 2017 at ARTER in Beyoğlu, Istanbul.

Featured Image: Promotional poster for the exhibition Behind Mount Qaf.