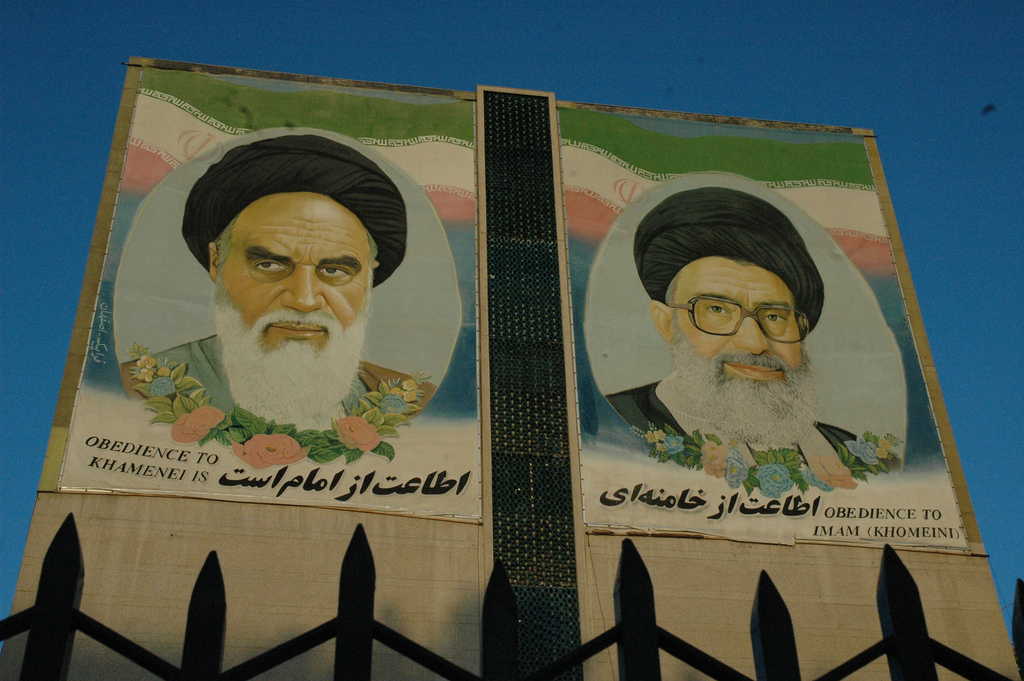 Recent anti-government protests this month have engulfed over 80 cities in Iran, as thousands of predominantly youth and working-class citizens have taken to the streets in opposition to rising unemployment, stagnant economic growth, and the Iranian regime’s questionable foreign policy. As protests spread, security forces clamp down, and death tolls rise, some have begun to note the protests’ resemblance to the 2011 Arab uprisings, which challenged decades of persistent authoritarianism throughout the Middle East. However, despite parallels to the Arab Spring, specifically in terms of its strong youth element, today’s protests in Iran are unlikely to usher in either regime change or meaningful democratic reform. The Iranian regime is simply too powerful and consolidated for a revolution to occur, with the regime having proven its willingness and ability to use any means necessary to subdue dissent to preserve its position.

Even with the signing of a nuclear agreement in 2015 and the subsequent sanctions that were lifted, Iran has struggled to remain afloat economically. Prices for basic commodities such as bread and meat have increased, and household consumption of these goods has decreased by an estimated 30- 50% over the past ten years. A common underlying motive for protests and revolutions across the Middle East has been economic in nature, as rising prices of key staple goods coupled with youth unemployment create a volatile mix of anti-regime sentiment and distrust. No longer can a relatively well-to-do state like Iran hold onto legitimacy without being able to deliver a certain level of economic well-being and stability to its citizens. Behind Iran’s protests is a population that believes it has fallen victim to economic injustice, as promised relief and prosperity from the lifting of sanctions have not trickled down to ordinary citizens. Even worse for Iranians are the austerity measures pushed by Hassan Rouhani’s government in order to combat the country’s debt burden, including budget cuts with deep slashes to social welfare and subsidy programs. These cuts were accidentally leaked last month in a proposed government budget.

Meanwhile, disaffected Iranians have found billions of dollars instead directed towards enriching the country’s clerical elite, along with hard-line institutions such as the military and the Iranian Revolutionary Guard Corps (IRGC) that the regime has traditionally propped-up. Similar to the Arab Spring, the Iranian protests of today are motivated by a perception of corruption and inequality held among ordinary Iranians against the regime’s political elite —an establishment with little desire to institute reform efforts. As youth unemployment sits at 40% by some estimates —owing in a large part to Iran having one of the world’s highest rates of “brain drain”— a constituency of frustrated youth has emerged as a key element of the protests. Structurally, Iranian youth continue to experience similar grievances as those youth who mobilized across the Arab world in 2011, with protests targeting corruption, inequality, and unemployment.

Furthermore, similar to the Arab Spring, the rural-urban divide in Iran has emerged as a major contributing factor to today’s protests. Much of Iran’s population resides in the country’s rural periphery, away from the wealth and opportunity offered by major cities, such as Tehran and Isfahan, which have become key recipients of internal migration. For decades since the revolution, provincial towns and villages were considered conservative bastions with high levels of support for the regime, preferring humble living to the lavish lifestyles of the Iran’s urban elites. To make matters worse, severe water shortages have resulted in crippling drought for Iranian farmers. Promises of economic relief made by even moderate reformists like Rouhani have failed to be seriously pursued. Critics of Rouhani’s government in conservative strongholds have used the economic plight of ordinary Iranians as a pretext to launch protests. However, for the protests to gain real traction, they must attract broader support in larger, urban circles.

Apart from sharing similar underlying economic concerns, Iran’s protests differ from those successful Arab Spring protests in terms of the disproportionately advantageous position that the regime holds. The Iranian regime is currently not in any danger of being overthrown, largely thanks to its highly institutionalized and loyal domestic security and military apparatus. The elite IRGC remains a very professional and deeply conservative body that answers directly to Iran’s Supreme Leader, Ayatollah Ali Khamenei. Their heavily subsidized status is evident by Rouhani’s leaked 2018 budget, with over two-thirds of defense spending dedicated to the IRGC. With the Revolutionary Guard’s loyalty unquestioned, very few signs of their defection or dissension remain. Cases such as Tunisia and Egypt in 2011 witnessed mass defections and refusal to engage in repression by security personnel, instrumental in triggering regime collapse and transition. As Karim Sadjapour notes, should the Iranian regime escalate its repressive force, “it enjoys an overwhelming advantage — and few international constraints on using it.” And as the protests escalate in violence, owing to their lack of leadership and organization, this will serve as greater justification for the regime to apply repression.

Comparing Iran’s current anti-regime protests to the Arab Spring also falls short in terms of the protests’ overall potency and broader societal support. Part of the success in toppling long-standing authoritarian dictators across the Arab world in 2011 is largely owed to the transnational appeal and support that the protests successfully garnered, spreading from one country to the next within weeks or even mere days. In addition, the protests gained credibility by attracting non-activists to assist protest efforts, notably civil-society groups and other professionals that added legitimacy to the cause of the youth and unemployed protestors. The issue with amassing broader societal support from Iran’s elite, including Shi’ite religious organizations, is that these groups are heavily privileged with their loyalty effectively bought by the regime. Defections to the side of the protestors amongst these groups are highly unlikely, especially as the protests remain quite dispersed, relatively small in number, and leaderless.

With protests having largely ended and many protestors arrested by Iranian security forces, the will of the regime continues to prevail at the expense of the Iranian people. For the U.S. and the global community at large, condemning the regime for its atrocities and standing in solidarity with Iranian protestors, while an easy and obvious step, carries little weight for the course of domestic politics within Iran, as the protests remain exclusively domestic with no direct foreign material support. While Western allies were noticeably hesitant to condemn authoritarian regimes and side with protestors during the Arab Spring, rhetorically supporting democracy and human rights in Iran should be an obvious course of action. But real change in Iran is likely to occur naturally, judging that Iranians have never ceased protesting against the regime, and have increasingly used tools such as social media. Furthermore, change will come from the inside, from a young, Western-minded population, less interested in the tenets of the Revolution. It is these young Iranians that are absolutely key for meaningful political change in Iran, though change will surely be gradual, not revolutionary.