Iraq Leads the Charge in Seeking Justice: JASTA and its Consequences in Play 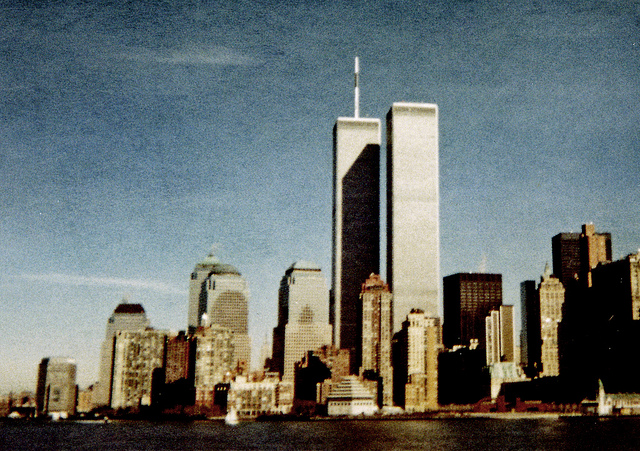 The Twin Towers in New York City, before the 9/11 attacks. The legacy of 9/11 still carries heavy weight in the United States and JASTA seeks retributiion for the victims' families. https://flic.kr/p/amcwNr
Share

The passing of the Justice Against Sponsors of Terrorism Act (JASTA) in the US has caused international outcry by state governments that are scrambling to protect themselves against its implications. JASTA is a bill that will allow 9/11 victim’s families to sue the Kingdom of Saudi Arabia for its alleged participation in the 9/11 attacks. After President Obama vetoed the bill’s passing, the US Senate voted in an overwhelming majority to overturn the President’s veto 97-1. JASTA gives American federal courts authorization to enact civil claims against a foreign state for  physical injury to a person or property or death that occurs inside the United States as a result of an act of international terrorism”.  JASTA’s purpose is to allow 9/11 victims’ families to seek monetary compensation for the damages and losses incurred during the attacks.

Obama’s logic for vetoing the bill was based in fear of the reactionary measures that would be taken against the U.S. for its passing. The most important of these is that JASTA violates foreign sovereign immunity and will open up the United States to potential legal liability in response to its own foreign policy actions in other countries. As a recent example, a drone strike in Afghanistan resulted in civilian casualties and the Afghan government has demanded intelligence reports from the US to seek recourse.

The response from the international community has already begun in Iraq. Arab Project in Iraq, a lobbyist group, is pushing for the Iraqi government to seek compensation from the United States for “the killing of civilians targets [sic], loss of properties and individuals who suffered torture and other mistreatment on the hand of US forces” during the 2003 invasion of Iraq.

The Arab Project’s motivation is the same of those legislators who passed JASTA: to provide a legal course of action for victims of what it deems an act of “state sponsored terrorism”. A publically released letter by the organization states,

“if [JASTA] is actually passed and becomes a law than it constitutes a window of opportunity for millions of Iraqis who have lost their son and daughters in military operations by US Military Forces and by US Contracted forces since the U.S. invasion in 2003 to pursue compensation from the U.S. government for what they have endured”.

The letter particularly calls to attention US operations such as: “bombings of civilians, arrests, torture (like in Abi Ghraib Prison) and in numerous camps set up by the US government”.

Arab Project aims to hold the U.S. responsible to the tragedies that occurred in Iraq during the 2003 invasion, the effects of which are still being felt in Iraq today. These effects include short term suffering and long term instability in the country. Although the legality of the Iraqi attacks has been questioned extensively, nothing has come from the questioning and America has not been made to face consequences. Now that JASTA has set the precedent that foreign governments can be held legally liable for acts against a state, Arab Project seeks to create consequences for the US.

Those in Arab Project, like the 9/11 victims families’, are seeking justice for victims of state violence. Prior to JASTA’s passing, the principle of sovereign immunity has long been held in legal sanctity as a means of protecting a state and its subjects from legal action by another state. Essentially, the principle of sovereign immunity holds that the state itself cannot commit a legal wrong. By passing JASTA, the US has violated Saudi Arabia’s sovereign immunity and has put their own people in danger. They cannot simply disregard a state’s sovereign immunity and not expect their own foreign policy decisions, past and present, to be scrutinized, criticized, and potentially held subject to legal action. Furthermore, the U.S. has not only made itself vulnerable, but has set a precedent which may have consequences for the entire international community. Iraq is just the first state to seize the opportunity, but neighbouring Iran, Libya and Afghanistan all have cause to seek compensation from the US, not to mention countries across the globe that have been the subject of US involvement and violence. Now that JASTA has passed, they too may have the chance to do so.

Although the strongest objection to JASTA arises from the violation of sovereignty immunity that it allows, this may also be the one bright spot in its passing. The concept that “the sovereign can do no wrong” was historically used by federal, state and local governments to remain free of tort liability. In more recent history, the principle has been used by multiple governments to declare themselves legally untouchable in cases of criminal prosecution by other states, particularly for war crimes or unjust acts of war. Essentially, sovereign immunity has served as a metaphorical “Get Out of Jail Free” card to allow governments to escape legal scrutiny and liability over actions of questionable legitimacy (both legal and moral). While the legal doctrine has served to protect states, it has also blocked justice from being pursued and stopped states from facing consequences for wrongs they have committed. Weakening sovereign immunity may prevent this deflection from being used in the future whenever states engage in dubiously legal action in other states. States should be held accountable, or at the very least tried, if they participate in acts that result in the suffering of other states and its citizens.

A full suspension of sovereign immunity is not practical, and will most likely never occur. However, a weakening of the principle’s power may serve to force states to more carefully consider their foreign policy decisions, especially ones involving violence. The threat of legal consequences will act as a strong deterrent to participating in or starting new conflicts, and this is valuable to the global community. America, and other global governments, should fear the consequences of JASTA and the newly-created vulnerability of their state immunity rights. They will absolutely face criticism and challenges to foreign policy decisions and activities from the past and the future now that JASTA’s precedent has been set. But this is not necessarily a negative, at least for states and citizens of states that have suffered at the hands of foreign governments that previously had no way to seek compensation. JASTA’s passing and the subsequent reactionary legislation passed will “spark new hope for victims of state violence in general” and may change the landscape of international law to the benefit of all.