IRSAM at the United Nations

An inside look into the 59th UN Commission on Social Development 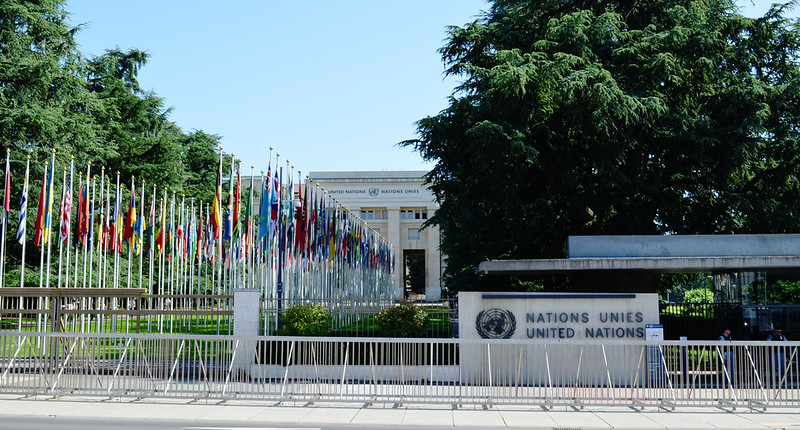 Each year, the International Relations Students Association at McGill (IRSAM) Youth Advisory Delegation, or IYAD, sends 16–24 students to United Nations Commissions as youth delegates. This year, we had the inaugural experience of virtually attending the 59th Commission on Social Development (CSocD). We met with Permanent Missions and non-governmental organizations while attending other side events. By reflecting on this experience, we hope to provide an inside look into our activities and thoughts throughout the Commission.

Preparation process leading up to CSocD59

After an initial recruitment process consisting of applications and interviews, we were placed into one of three delegations: the Commission on Population and Development, which invited IYAD delegates for the first time, CSocD, or the Commission on the Status of Women. Once placed, we immediately began researching, meeting every week (across five time zones) to review each theme and craft policy recommendations. This year at CSocD59, we explored themes encompassing social protection, gender equality, youth welfare, and a just COVID-19 Recovery.

As youth delegates, we advised Permanent Missions on addressing youth needs and issues. This theme surfaced in all of the delegations, guiding our drafting and research process. Not only did we conduct online research — but we also had the opportunity to gain insights into the work of various guest speakers. Such insights were also incorporated into our policy recommendations, giving them more legitimacy by incorporating real-world examples.

After drafting, we held public community consultations, where we presented the policy recommendations and consulted with the delegates. The community consultations also featured guest speakers, including Simran Singh of CARE Canada and Denise Otis of UNHCR Montreal, who shared their perspectives on the guiding themes. During this time, community members provided direct feedback for certain policy recommendations, allowing us to better understand the concerns and priorities of the youth around us, such as mental health, the impacts of COVID-19 on accessing youth services, and the creation of strong grassroots movements to circumvent institutional shortcomings.

In the moment: experiences and thoughts during the Commission

This year, CSocD was largely a virtual event, meaning all IYAD delegates would not be meeting with Permanent Missions in New York City. Still, the experience allowed us to reflect on the financial and time constraints impacting global youth attendance at such forums. In discussions with certain Permanent Missions’ representatives, we considered how increased internet access and platforms like Zoom might facilitate greater youth participation globally. Likewise, travel costs should not inhibit youth participation in future, highly consequential UN commissions. So, the virtual experience seems like a promising avenue for greater youth participation in the future.

By meeting with 10 Permanent Missions, delegates learn an array of new skills while refining others. From conducting relevant research to phrasing policy documents, IYAD delegates have firsthand exposure to diplomacy and policymaking work at the United Nations. Our most striking realization came from the vast differences between the social, economic, and political contexts wherein each Permanent Mission engages diplomatically. For some, the protection of migrant workers was the animating issue; for others, the financial strain associated with supporting refugees from neighbouring countries; yet for others, it was promoting democratic participation among youth through multilateral mechanisms. On top of such preoccupations, each Permanent Mission operated with a different proportion of youth in its population. Some crafted youth policy with an ageing population in mind, while others focused on how to best channel the needs and aspirations of a burgeoning youth population.

All these differences impressed upon us the difficulty of reaching global agreements between states in a time when issues like the growing number of young refugees and climate change make them all the more necessary. International consensus was far harder to attain than we had expected before CSocD59, but the sheer number of different animating issues for each Permanent Mission did not discourage us. Instead, we were encouraged by some policy issues that opened the potential for cooperation. Climate change, in particular, was a primary concern for all the Permanent Missions we engaged with, along with the importance of internet access and providing conditions for refugee youth to thrive.

Ultimately, we got a sense of how diplomacy can be effective. There is a critical need to identify the social, economic, and political issues that resonate with each permanent mission. It is paramount to reach common ground on such matters and incorporate previous examples of what different policies can offer. Diplomacy and social justice issues require extensive research, debate, and effort, and generally do not get resolved overnight or in one CSocD meeting. Moreso than before, we now understand social justice and diplomacy as endeavours that require enduring relationships between youth organizations, NGOs, and Permanent Missions rather than one-off events in which everything is resolved. It is a painstaking, extensive, but fruitful collective effort.

The necessity of youth advocacy: why and how?

There is undoubtedly a lack of youth-led organizations that can attend high-level meetings like those hosted by the UN, but their significance is no-less glaring. In particular, due to institutional barriers, youth are either unaware or unable to become involved with the few groups that do have consultative status. In fact, IYAD is one of only two North American youth organizations with consultative status at the UN and is one of the few youth-led groups in the world that participates regularly.

At our meetings with Permanent Missions, many representatives and secretaries asked us how to engage youth at higher levels. We saw a definite need for more youth-led, youth-centred groups at the UN, but there were no clear paths to make this happen. Youth should be unequivocally involved in all levels of policymaking locally, nationally, and internationally. Issues that directly affect youth should be centred on youth voices, while problems that may not impact youth today should still involve their perspectives to promote a more sustainable future. This was a wake-up call for us, and it should be for the public as well — how can we grow youth-led networks and encourage more youth to become advocates at higher levels? How can we involve youth from marginalized, racialized, low-income, and rural backgrounds? How can we encourage women and gender minority youth to become advocates?

Some ways to permeate current institutional barriers include paying youth advocates for their time, educating children, establishing municipal and national youth advisory councils with the authority to hold lawmakers accountable, and recruiting young participants from diverse academic, professional, and personal backgrounds. We’re confident in saying that our experiences as IYAD delegates to CSocD59 were more than enjoyable memories. Rather, it inspired us to think more consciously about youth involvement by considering practical ways to include young people at all levels of global governance.

The featured image by kaysgeog is licensed under CC BY-NC-ND 2.0. No changes have been made.