Is Assad Syria’s Best Hope for a Lasting Peace? 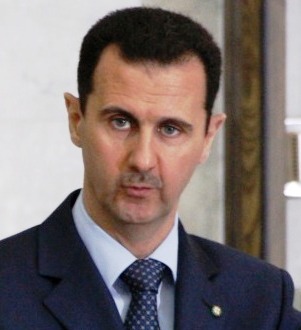 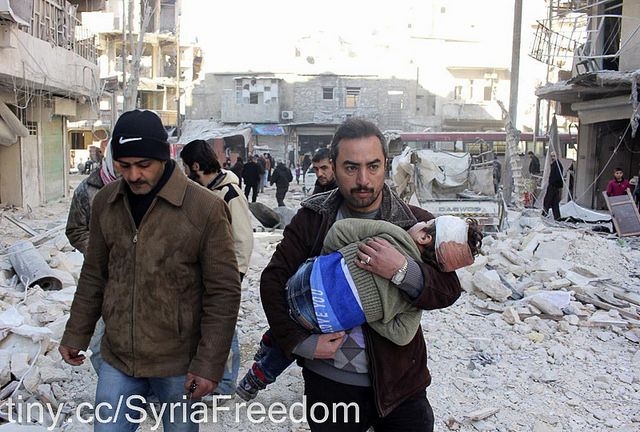 The arresting images and videos of refugees fleeing to Europe have brought the Syrian Civil War back into the public attention of the West, despite the fact that there has been no cessation in the fighting for over four years. The war broke out after public protests erupted in anger to the arrest and torture of more than a dozen boys in the city of Daa’ra, who had merely spray-painted a revolutionary slogan on the wall of a school. Nervous about the string of uprisings throughout the region, the Assad regime responded to the protests with uncompromising violence. The civil war has now spiraled into one involving many parties, from the Russians and Iranians backing Assad, the United States and the Gulf States aiding ‘moderate rebels,’ to ISIS staking a claim to large swaths of territory in the country’s northern and eastern provinces. As of last April the Syrian Observatory for Human Rights has put the death toll at 310,000 people, with millions of Syrians displaced and impoverished. The purpose of this article, however, is not simply to serve as a short review of the history of the conflict, but instead to argue that the conflict has been protracted long enough and it is time to find a path to resolution even if it is distasteful to many observers and interested parties. Despite many statements by President Obama that Bashar al-Assad must relinquish power if there is to be any negotiated solution, allowing Assad to remain in power and consolidate control over the country once more represents a clear path to peace where other options breed only uncertainty. 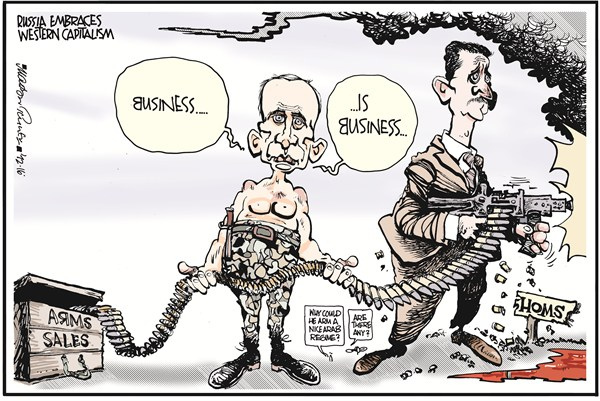 The Obama Administration has repeatedly called for a negotiated settlement in Syria in which Assad gives up power and a moderate democratic government is formed. But even if a negotiated settlement was reached between the rebels and the government’s supporters it would still be very unlikely to hold. Prominent scholars such as Roy Licklater and R. Harrison Wagner contend that while negotiated settlements are effective when negotiated between two countries, there is a high likelihood of a slide back into conflict when negotiated between various rebel groups and the governing forces. Civil wars breed deep enmities that do not cease with the signing of documents and finding a workable governing coalition is an immensely difficult task. The postwar government of Iraq illustrates this point clearly, as the failure of Maliki to create an inclusive government for the Sunnis and the Kurds provoked the genesis of ISIS and led to wide-scale violence and the near collapse of the state. There would be similar problems in Syria if the conflict ceased today and free elections took place shortly thereafter. Assad is an Alawite Shiite Muslim ruling over a majority Sunni country, and it is not difficult to imagine that the Sunni rebels, upon winning the elections, would seek vengeance upon the Alawi population in retribution for Assad’s harsh rule.

Attempts at a settlement have failed before and are unlikely to be reached because the United States and its allies have made clear that no diplomatic solution will include Assad remaining in power, while Iran and Russia have fervently contended that he will. In February of 2014, the Geneva II Conference yielded no settlement as the opposition and the government could not even agree on the evacuation of Homs for humanitarian reasons. This was the second set of peace talks between the government and the opposition, organized principally by the United States and Russia, although United States officials have contended that Russia has not pushed its ally seriously enough to negotiate. With the absence of any serious talks, the United States has trained and supplied up 5,000 moderate rebels, while recent reports indicate that Russia is vastly expanding its involvement in the conflict, sending a military advance team and prefabricated housing units that “could accommodate as many as 1,000 Russian military advisors and other personnel.” Iran has maintained heavy involvement in Syria through its military advisors and also through its Lebanese proxy Hezbollah, which has boots on the ground in Syria fighting on Assad’s behalf. These moves demonstrate that neither power has great hope for peace talks, and is instead turning towards a military solution by which either the rebels or Assad emerges victorious. However because the United States’ military involvement remains limited to airstrikes and its principal objective has turned to defeating the Islamic State, it is unlikely that the United States will send a military force to overthrow Assad and establish a postwar order. Therefore increased Russian and Iranian military support of Assad could decisively tip the conflict in his favor. 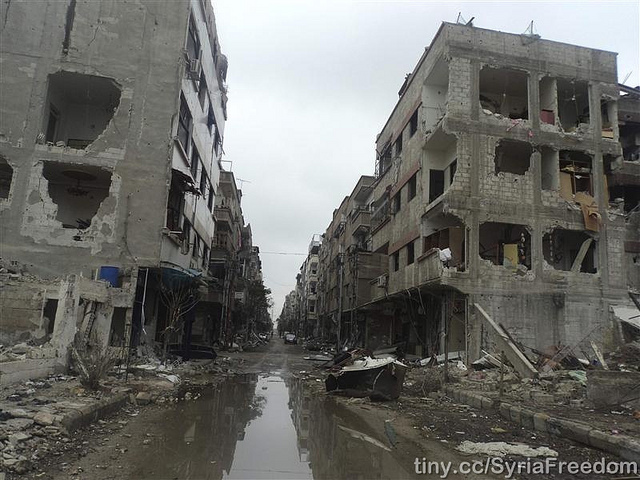 Since a peace agreement would require the capitulation of demands by one or the other of the major powers involved in Syria, it is dubious that such an accord will ever be reached. However, it is unlikely that the country would fall back into civil war if Assad emerged victorious because the rebel’s organizational structure would be destroyed, and therefore they would have little capacity for mounting another conflict in the near future. While the issues that set off the protests, such as the lack of popular participation in government,  may remain dormant in the aftermath of this brutal conflict, they will certainly resurface at some point. Thus it is essential that any post-war order aim for greater inclusivity such that sectarian tensions do not boil to the surface. An Assad victory in Syria would no doubt be a grave injustice to those who have died protesting or fighting merely for the right to a freer and more democratic political order. The many human rights activists and agencies who have worked so doggedly to help the people brutalized by the war Assad initiated, would be outraged at his triumph. However given that a negotiated settlement is unforeseeable, (and would likely be weak or problematic), those who want the immediate cessation of the conflict must recognize that a victory for Assad represents the best avenue for securing peace in Syria and the possibility of a future functioning pluralist society that neither the Islamic State nor Al-Nusra would ever embrace.