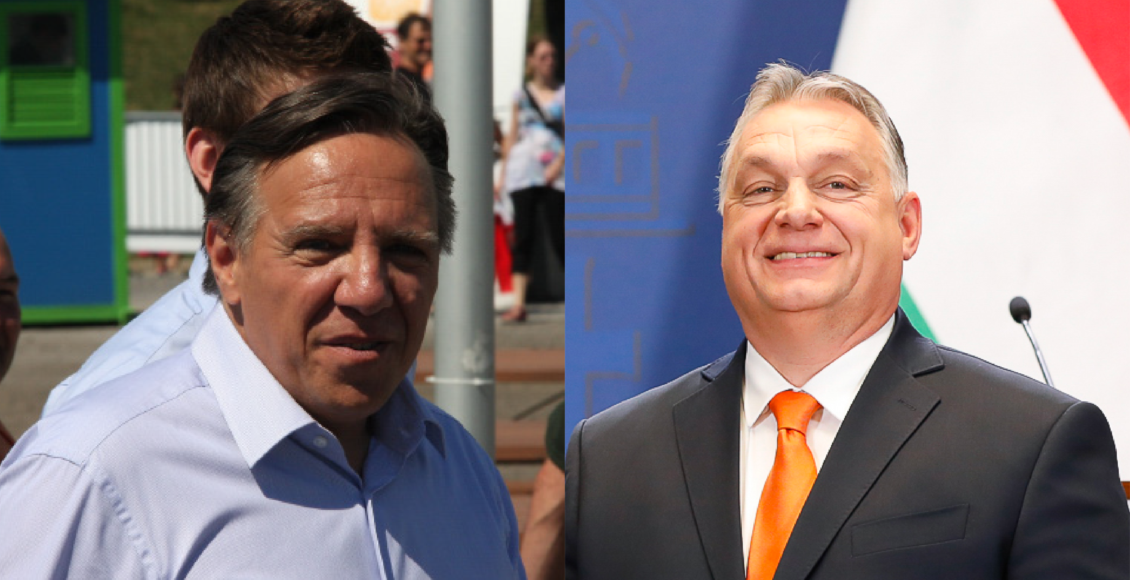 This fall has brought two notable political events to the spotlight: Premier François Legault’s Coalition Avenir Québec party won a supermajority in the National Assembly with only 41 per cent of the vote. In contrast, the European Parliament voted to no longer consider Hungary a democracy but an “electoral autocracy.” Though on the surface, the two events are completely unrelated, a closer examination of Quebec’s politics under Legault shows increasing similarities to Hungarian politics under Prime Minister Viktor Orbán. The similarities are increasingly apparent, so it is worth investigating whether Quebec is starting to undergo democratic backsliding. At the moment, it is clear that the sole French province’s democracy is significantly healthier than that of Hungary, but, to not make the same mistakes, Quebec needs to be careful.

The European Parliament’s vote in September is just one more of many reports that have come out of the European Union’s (EU) only directly elected body condemning the Central European nation. Though much slower to take action, the European Commission has also started to take action against Orbán’s government. However, due to the mechanical inability to take action against a member state breaking Brussels’ values, the EU is resorting to cutting off the equalization payments it makes to Hungary. This is the culmination of 12 years of rule by Hungary’s populist strongman, Viktor Orbán.

However, the path leading Hungary to this situation started gradually. In fact, prior to joining the EU, Hungary was the “model pupil” of the former Eastern bloc. The democratic backsliding only started in 2010, after Orbán’s Fidesz party could capitalize on the collapse of left-wing parties and a distorted electoral system to achieve a parliamentary supermajority. His close allies quickly took control of a large portion of independent Hungarian media, while the state news broadcaster was restructured and incorporated into the party apparatus. To cement his power in the legal system, Orbán’s government placed pro-Fidesz judges on the court through systemic reform.

On top of media control, Orbán’s regime has used divisive rhetoric and regressive social policy to maintain power, marginalizing ethnic, sexual, and gender minorities. Orbán has also carefully danced the pro-European and Brussels-hating line, best illustrated by the sanctions package against Russia that he now blames for ruining the Hungarian economy — despite voting for it last spring — or the propaganda campaign against European Commission President Jean-Claude Juncker in 2019, when both Orbán and Juncker were members of the European People’s Party.

Overall, democratic backsliding has occurred in Hungary for more than a decade. Once a healthy democracy, unique circumstances allowed one man and his party to take complete control of a country — a situation with which Quebec’s current state shares some notable characteristics.

Quebec’s establishment parties — the Liberal Party of Quebec and the Parti Québécois, who have alternated in power since 1970 — both collapsed in the 2018 and 2022 elections compared to their historical support. The split of the opposition vote between the old ruling parties and the new parties, the Conservative Party of Quebec and Québec Solidaire, allowed François Legault’s Coalition Avenir Québec to win a supermajority of 90 out of 125 seats with less than half of the popular vote. This majority gives the premier significantly more power than a simple majority and allows him to make decisions without consulting opposition parties.

Similar to Orbán, Legault and his party have made use of divisive rhetoric and policy when it comes to 2SLGBTQ+, immigration, and ethnocultural and linguistic issues. Key examples include Bill 21, the discriminatory “state secularist” bill; Bill 96, which curbs the rights of the anglophone and Indigenous minorities of the province; Bill 2, which would have put transgender people at risk; and the xenophobic discourse frequently used by CAQ politicians.

Quebec’s media landscape is also worth keeping an eye on. While the main broadcaster in Quebec remains in the hands of the Federal government, a significant share of Quebec media, such as the TVA Group, is controlled by Quebecor, whose President is a businessman who has not shied away from publicly sharing his views on Quebec politics and was once even leader of the Parti Québécois. Though this is far from the situation in Hungary, the fact that one person can have such a strong influence on the media is an issue — especially because the Hungarian examples show how easily independent media can be hollowed out and transformed. A politically vocal person in charge of a company providing news to many Quebecers can become a cause for concern if the health of the province’s democracy starts to decay.

However, it is also important to point out that there are still substantial differences between 2010 Hungary and 2022 Quebec. Quebec’s judicial system is still intact, and, as of now, there does not seem to be an intent to change that by Legault’s party. Quebec is also part of a much more centralized federation — Canada — than the EU. Canadian law is better suited to protect minorities, so even if the CAQ were inclined to undermine established rights, it would be much harder to enact policies similar to those of Orbán’s government. For example, Canadian federal law protects same-sex relationships and marriage in a way that European law does not.

Nevertheless, Premier Legault has made use of the notwithstanding clause to bypass certain rules of the Canadian federation and attempted to unilaterally amend the federation’s constitution. He has also repeatedly invoked closure to end debate quickly on controversial legislation. Legault’s relationship with Ottawa shows some similarities to that of Orbán and Brussels — sometimes even going further. While both are officially pro-union — whether that federation is the EU or Canada— both leaders often publicly question that union. The Quebec Premier’s discourse regarding Quebec’s status in the federation, combined with the use of the notwithstanding clause and unilateral constitutional amendments while maintaining a grip on the province’s politics, could lead to a slippery slope when it comes to the rule of law and democracy.

One could say that the situation of democracy in Hungary (unique to its extent within the European Union) is merely the outcome of perfectly aligned stars at a moment in time. However, if Canadians and Quebecers do not want the province to follow Hungary down the path of democratic backsliding, the status of the province’s democracy and Legault’s qualified majority’s actions will need to be carefully watched.