Is It Time for a Regime Change in Mordor? 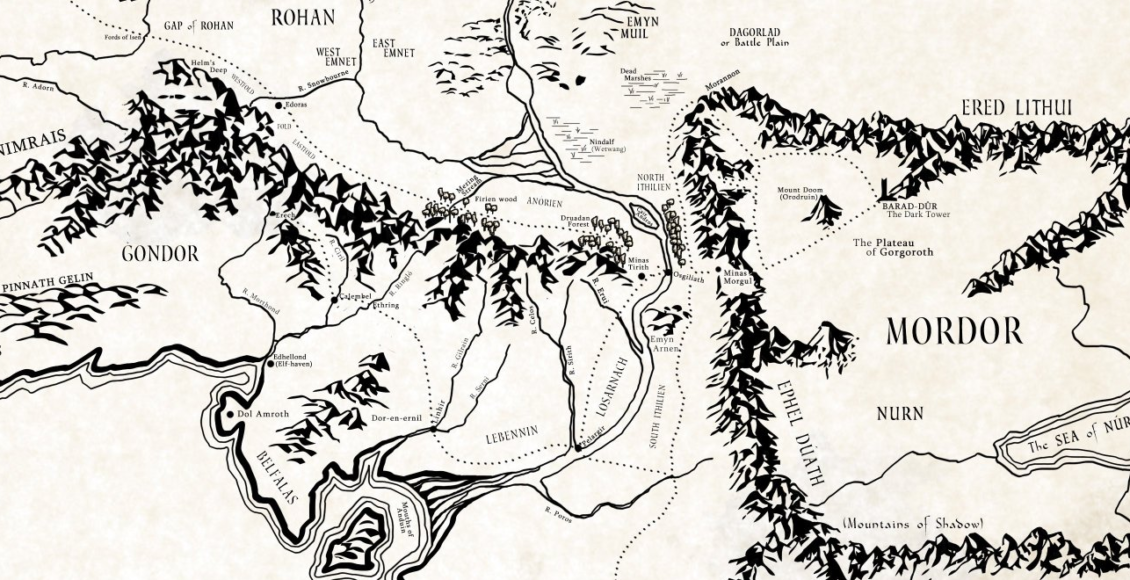 Lords and rulers across Middle-earth have called for the end of the brutal Sauron regime in Mordor after a ground-breaking report released by the Council of Elrond revealed that the kingdom is seeking weapons of mass destruction. According to the report, the weapons, known colloquially as the Rings of Power, are capable of ending Western hegemony on the continent and thus pose a “grave threat to all Free peoples.” The report follows ground-breaking evidence of widespread human right abuses in Mordor and her puppet state, Isengard. Indeed, Sauron’s colossal industrial projects have reportedly left thousands dead from abysmal working conditions and have continued to threaten the endangered Ent species. Moreover, his forces have usurped traditional agrarian populations from their homeland in order to modernize the kingdom’s war efforts.

The Elrond report, as it is called, is among several recent attempts to destabilize the region of Mordor and legitimize the overthrow of its populist dictator, Sauron. Many have called into question the purported virtue of the West’s efforts in this regard. Aragorn II, descendant of Isildur and heir-apparent to the throne of Gondor, calls for peace and prosperity on one hand while he reforges the broken shards of the Narsil blade to lead an army to Mordor’s doorsteps on the other. Meanwhile, Gandalf the White (Mithrandir), an Istari of Valinor, has testified that Sauron is “nothing” without the One Ring, what he refers to as Sauron’s “Big Red Button.” Lastly, Théoden of the House of Eorl openly seeks an alliance between Rohan and Gondor, calling for the Men of the West to urgently depose Sauron in order to “liberate” the people of Harad and the East. Can we trust the motives of these public figures?

Skepticism towards these aggressive foreign policies is warranted. The existence of the One Ring is as of yet unsubstantiated as the report released by the Council of Elrond provides no solid evidence. Furthermore, the recent calls for greater unity among Men, Elves, and Dwarves in the face of Sauron’s rise to power is suspect, given that the coalition would benefit greatly from a weakened Mordor, whose volcanic mountain ranges provide ample resources for the kingdom’s failing economies. For such strong rebukes of Mordor, pundits have pointed out the hypocrisies of the Men of the West: the lack of race and gender diversity among its leadership, the Orientalist attitudes towards Easterlings and Haradrim, and the continuous propaganda portraying Sauron as a “dark spirit of malice.” Yet after the Sauron’s annexation and occupation of the city of Osgiliath, which left hundreds of civilians dead, it is hard to justify peaceful opposition.

Silent from this discussion is the power gap Sauron would leave were he to be overthrown. A greater awareness towards the West’s treatment of Orcs has been recently raised by many in the kingdoms, who claim that that the white supremacist policies of the Gondor and Rohan keep the Orcs in continuously decrepit conditions. Orcish peoples are forced to live in squalor under the Misty Mountains (Hithaeglir) with no homeland, no representation, and limited access to food and water. Their recent emancipation by Sauron has given them greater mobility around the continent. In return, the Orcs have pledged their loyalty to the populist dictator, turning their back on previous efforts toward equity and instead resorting to terrorism and genocide under Sauron’s direction. Without justifying these actions, activists have pointed out that it was the neglect of the West that originally drove the Orcs to radicalization. They have since voiced concern for the status of Orcs and Trolls should they return under a Western rule, calling for a more sympathetic understanding of the linguistic minority. The uncertain status of Orcs and the opposition from pro-Orc factions pose obstacles for Western leaders wishing to vilify Sauron as a one-sided enemy of Middle-earth.

Available solutions to Sauron’s aggression as of yet remain unclear. Given the recent warmongering of Gondor’s steward, Denethor II, the sustainability of the entire dynamic along Mordor’s borders falls into question. So long as the West continues to leverage its economy against Mordor through sanctions, trade embargos, and strict immigration policies, a larger conflict seems inevitable. Indeed, Sauron’s attempt to expand his power and break free from Western hegemony has come under assault from all corners of the continent. While it is certainly true that Sauron has committed grave injustices, it is difficult to accept these as sufficient pretexts for a regime change in Mordor through Western intervention, especially given the West’s own obvious ambitions for expansion. For it is certain that an empty Mordor would fall under Western rule. Without opposition from Mordor, the Kingdom of Gondor would be free to expand its territory to the regions of Eriador and Arnor west of the Misty Mountains and seek to subdue to inhabitants of the East and South.

To what ends? The Elrond report cites the protection of all Free peoples but fails to outline a solution to the Orcish problem. Will Gondor eliminate her borders and allow Orcs to integrate into the society of Men freely, without prejudice? This reality is doubtful. With no existing Orcish embassies, the thought of real representation among the Men of the West becomes laughable. Indeed, with the upcoming departure of the Elves to the Valinor and a dwindling dwarvish population, Men are projected to become the dominant race in Middle-earth. If diversity and inclusion are not priorities for the Kingdoms of Men, then any calls of a regime change in Mordor and under the guise of ‘protecting Free peoples’ and ‘liberating Harad and the East’ ought to be taken with some grain of skepticism.

A real solution is to be found in reconciliation. Noticeable from the Elrond Report was the lack of Orcish representatives at its council. If peace is truly valued by Western powers, then Orcs should not be denied a seat at the table. A new world governance system should be created, one that is inclusive and just. It is true that race dynamics in Middle-earth are fraught with tension. Divisions between the dwarves, the elves, the men, and the orcs are not solved by extermination and conquest, but by accountability, justice, and equity. It is these principles which will ultimately undergird any sort of lasting peace in Middle-earth.

This satire article is apart of MIR’s April Fools day publication cycle. The views expressed in this piece do not represent the views of The McGill International Review. Moreover, this is a work of fiction. Any resemblance to actual persons, living or dead, or actual events is purely coincidental.

Thanks to Luca Brown and Helena Bianca Martin for their support.