Is It Time for Legault to LeStop?

The Language Economics of Bill 96 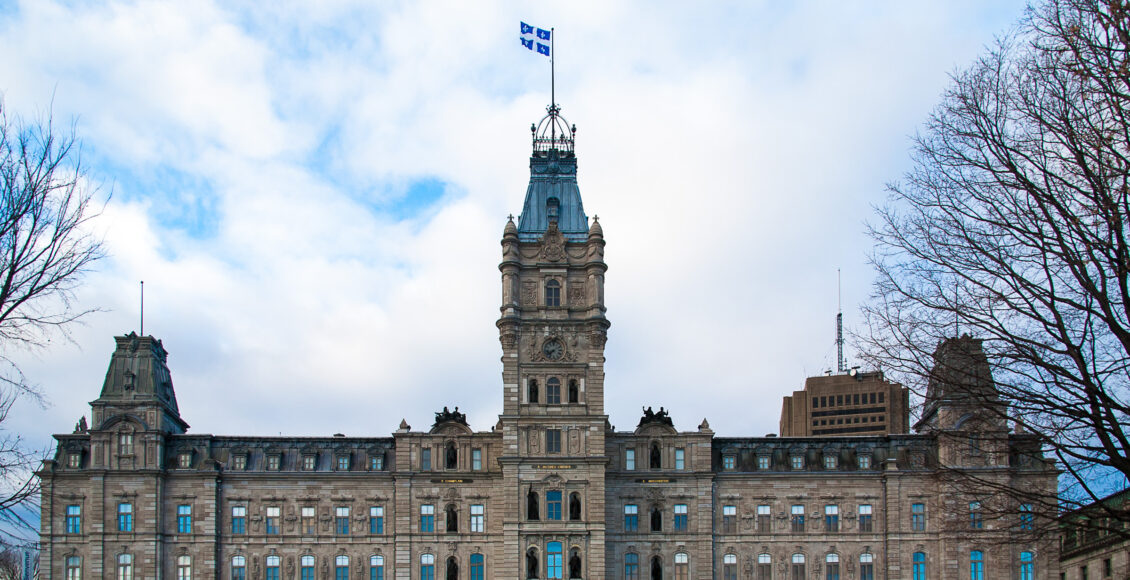 Three months ago in Quebec, Bill 96 was passed, which narrowed the scope of services offered in English. The bill also increased French education requirements for CÉGEP and imposed enrollment ceilings for English programs. Beyond student life, Indigenous Cree leaders have argued that Bill 96 violates existing treaties with their communities. The provincial economy is not safe from its effects either; the legislation has changed the way small businesses and municipalities can function. In the past, these organizations were granted the flexibility to conduct work bilingually, but despite some lingering exceptions, the bill has largely barred remaining English from official use in Quebec.

How can Quebec integrate its constituents more effectively when the communities targeted by these policies have such a tense historical relationship to disenfranchisement? The challenge with Quebec is a high-stakes issue involving narratives central to the Canadian construction of self. Perhaps there are solutions to these old problems.

While the issue of cultural standardization does not repeat, it rhymes. Throughout a complex history of bloodshed, empires, like modern nations, have sought to require linguistic integration or adopt more indirect laissez-faire approaches to unification, as in the case of the Roman Empire (Fieldhouse 1991¹, Lomas 2013²). These cases represent a perceived tradeoff between a healthy economy where citizens have enough communication in common to work and trade, versus enough cultural accommodation to maintain communities across generations. Is it possible to have a healthy economy and an integrated cultural landscape? What would such a system look like?

Economists Shlomo Weber and Victor Ginsburgh³ tackled these questions in 2001, studying what happens in the EU when administrations refuse preference over any language. These outlined solutions for integration accommodated the degree of attachment to one’s language. Unlike the United Nations, the EU is a unique multilingual body because it emphasizes a governing initiative to validate each country’s national language equally. This means there would be no official EU language of communication, nor would any translation be considered more legally binding than another in court. After conducting interviews and puzzling over available data, the authors concluded that refusing to institutionally prioritize certain languages for basic communication actually results in further marginalization.

There are two sides to consider when examining an integrated legislative system: one marginalizes legislators before bills are ratified, and another creates barriers once the laws are passed.

Weber and Ginsburgh found that after group sessions concluded, diplomats who spoke English could continue talks informally with their colleagues. The results were shocking. One diplomat recanted to the authors, “The Poles I work with are on the outside of the group. We often do not know what they want or think.” In the absence of a standardized language, representatives had separate information sets, which would then influence their voting behaviour and therefore EU policy outcomes. Similarly, it would make sense that French Canadians could develop narratives in francophone newspapers that could diverge from anglophone ones and vice versa if journalists are not readily bilingual and fail to take extra narrative precautions before releasing stories.

Beyond legislative deliberations, the legal system struggled to integrate the multilingual mandate once laws were passed.  If a bill is drafted in English but a case is brought to trial by Frenchmen, which translation should be used? The EU taught us that, as we could expect in Canada, judges could use competing versions of the same legal document to justify different case outcomes based on nuance lost in translation, so only the original could be valid.

Furthermore, EU translator shortages for uncommon languages resulted in incoherent official translations, making citizens responsible for adhering to laws they could not understand, as would be the case for small linguistically disenfranchised communities (i.e. First Nations).

Finally, Weber and Ginsburgh developed a solution to these problems and pinned down a subset of languages which would become ideal official EU languages. These languages were determined by factors that would maximize the benefits of how strongly countries wanted their language to be included while minimizing translation costs, which would be paid out by the majority.

A similar strategy could be used for Quebec, where minority language local governments would then be responsible for the quality and scope of their translations. Bill 96, for example, heavily impacts access to medical services. Under this approach, anglophone districts in Montreal would use these transfers to ensure their community was properly equipped with medical translation services in English, for example. The only tradeoff in negotiations at the provincial level would be that French fluency would be a prerequisite for running for office in Quebec, even if one were representing anglophone or First Nation constituents.

One of the challenges with extending this policy tool to Canada is that preserving multilingualism is not the goal of Bill 96 in both spirit and scope of application. Should federal-level entities pay Quebec communities to provide their own translators for federal documents in French? Should English-speaking regions of Montreal compensate francophone residents with the same service when they are outnumbered? Locals already faced a strong financial incentive to learn French before Bill 96 to work in Quebec. No matter how committed minorities are to learning French to full working proficiency, this legislation suggests that minority language speakers in Quebec only matter institutionally if they are francophones.

One could argue that Bill 96 is just the incentive Quebec needs to get non-historic anglophones to switch to French. Unfortunately, the EU example shows us that even individuals with a structural incentive to learn a language for basic inclusion will struggle. Mastering languages to professional proficiency in adulthood is incredibly challenging and becomes increasingly difficult with age. This explains why educated diplomats from minority countries scrambled to integrate into the EU diplomatic process and why translations continued to marginalize minority members, despite a mandate of universal translation. It is valid to imagine a scenario where Bill 96 fails to coerce anglophone minorities to learn French faster.

The EU is a living example of how even the best intentions to keep English out will fail in practice if we are unwilling to consider how the public has and will respond realistically. It is not unthinkable to consider that highly-skilled anglophone workers in growing economic centres around English universities would face a decision to leave the province, resulting in a provincial brain drain or the risk of being disenfranchised in the absence of alternatives.

Even without the added pressure from Bill 96, today’s anglophones trained by Quebec public universities face an overt financial incentive to move to provinces offering competitive pay, despite now being more educated than the average Canadian. Even committed French students in their early twenties will find that their French cannot measure up to the demands of professional fluency.

The heightened political tension around basic communication is also cause for concern to investors, and passing a bill like this validates those fears institutionally. Quebec is growing an international reputation in leading areas of expertise, such as artificial intelligence technology, but this could change if prospects of brain drain and added red tape become too important.

Bill 96 may be in the spirit of preserving Quebec’s heritage, but there is little this policy can accomplish that prior bills have not already done. The fact that Quebec’s laws around this issue keep changing across generations suggests that we have yet to find an appropriate avenue to arrive at a resolution.

Regardless of one’s position on francophone representation, this legislation is unlikely to deliver on its objectives and risks serious unintended consequences. While Bill 96 moves us away from a balance between culture and economy, we can be open to novel and sustainable approaches.

Featured Image by Paul VanDerWerf is licensed under CC by 2.0

3     Ginsburgh, Victor, and Shlomo Weber, “Multilingualism in the European Union,” in How Many Languages

Do We Need? Princeton University Press, 2011.