Is It Time to End the United States’ “Forever War” in Afghanistan? 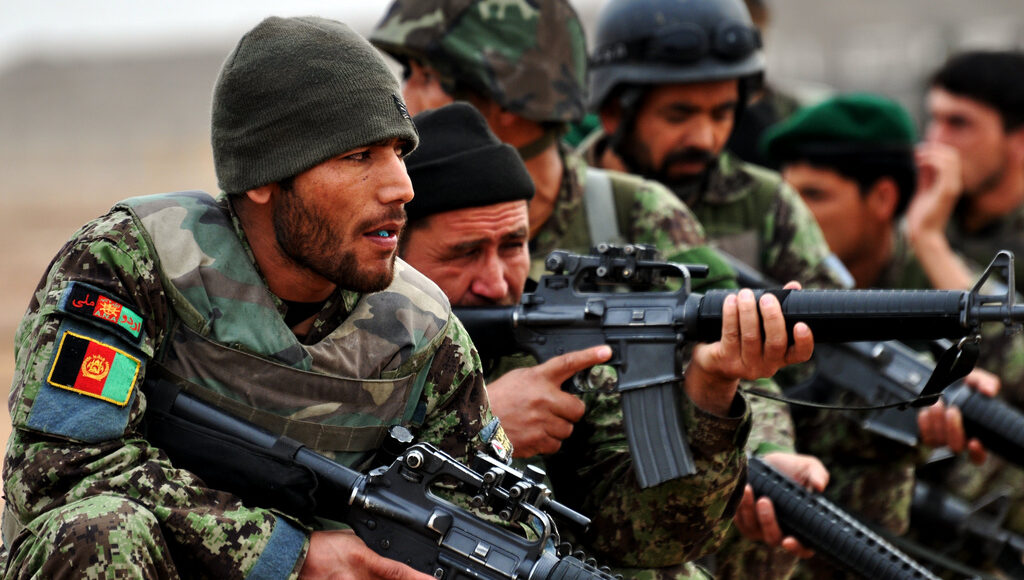 The war in Afghanistan — the United State’s longest and second most expensive conflict, surpassed only by World War II in economic costs — has been ongoing for nearly two decades. The 9/11 attacks on American soil, organized by al-Qaeda leader Osama bin Laden, fueled the Bush administration’s retaliatory bombing in late 2001 as part of the expansive War on Terror. These bombs were dropped on Taliban forces in Afghanistan for their refusal to deliver bin Laden to the American government. Such actions marked the beginning of a seemingly unending conflict, one which only saw the possibility of compromise in recent years. Under President Donald Trump’s government, negotiations between the Taliban and the US regarding a legitimate peace deal began in late 2018, coming to a verbal accord in February 2019. The discussions, led by US diplomat Zalmay Khalilzad and prominent Taliban official Mullah Abdul Ghani Baradar, revolved around two major points: the United States’ eventual full withdrawal of its troops from Afghanistan and the Taliban’s promise to prevent territory under their control from being used by other terrorist groups in the region.

Although Khalilzad announced that they had reached an understanding “in principle,” the implementation of the official agreement would require the president’s approval. However, the unexpected death of an American soldier as a result of a Taliban attack led to Trump halting the peace talks in September 2019, resuming them only in late December. Despite the obstacles in arriving to it, the compromise was eventually signed on February 29, 2020; the full removal of US forces was set for May 1, 2021 in exchange for the Taliban’s guarantee that they would prevent further terrorist activities in the region and begin peace negotiations with the Afghan government by March 2020. Nonetheless, the agreement failed to include a vital element to the conflict’s termination: an official and enforceable cease-fire between the actors involved. Violence ensued as Taliban insurgents continued to carry out attacks on Afghan security forces, simultaneously re-involving US troops as they launched airstrikes in response.

This further delayed peace talks between Afghan officials and the Taliban; as relations declined, the rivals found themselves incapable of even agreeing on starting terms for the negotiations. The dispute regarding whether 5,000 Taliban prisoners under Afghan government control were to be released prior to or after the discussions, the latter of which Afghanistan argued for, was eventually resolved in favour of the Taliban. This decision, taken in September 2020, marked the start of intra-Afghan peace conferences, a development that, while a step forward towards conciliation between both sides, demonstrated exactly how unstable the Taliban’s deal with the United States was.

The May 1, 2021 deadline is fast approaching, and although American troops have continued to leave Afghanistan, the situation between the Afghan government and the Taliban today has comparably barely progressed, with peace talks still balking. There have been reports of Taliban-led violence escalating in the Afghan capital of Kabul since January 2021, leaving civilians in a perpetual state of fear and with a “heightened sense that life is fragile” there. Attacks have largely targeted government workers, activists, and journalists, which is believed to be the Taliban’s technique of pressuring the Afghan government while in the middle of negotiations.

As of now, no consensus has been reached on any of the matters being discussed, an impasse occurring largely due to the Taliban’s refusal to make concessions in the negotiations. Meanwhile, the Taliban has been closing in on major Afghan cities, setting up highway checkpoints around them so as to block the flow of essential goods amongst the Afghan people. Their goal is to coerce the government into conceding in the peace talks, ensuring that Taliban officials obtain what they want and simultaneously guaranteeing that the United States’ forces will withdraw to avoid worsening the situation. The US, especially considering its change of leadership following the recent elections, is increasingly deliberating over whether to follow through with last year’s agreement. Though current President Joseph Biden, of the opinion that “it is past time to end forever wars,” has long supported the repatriation of American troops, his administration has highlighted the fact that the Taliban did not uphold their end of the bargain, which could be a determinative factor in their final decision.

The United States’ role in Afghanistan has long been remarkably impactful, although its past influence will pale in comparison to what it will be in the coming months; their conclusion regarding American troops’ withdrawal will have a decisive effect on the future of Afghanistan. Within the nation, the complete removal of US forces would leave the region susceptible to terrorist control — whether at the hands of the Taliban or other relevant actors — which could have dramatic consequences for Afghan civilians and the structure of Afghan society as a whole. This is a rather critical factor, especially when considering that there would then be no means of ensuring that the Taliban would uphold its end of the deal. Internationally, the presence of American troops in Afghanistan has aided in maintaining a semblance of stability within the region, as well as amongst other nations vying for influence in this politically fragile state. The possibility of such a precarious balance collapsing would render the region a power vacuum, essentially inviting surrounding nations — in particular Pakistan, Iran, India, and Russia — to fight for control in Afghan cities.

Nonetheless, the United States refusing to withdraw their troops as per the original agreement would not necessarily have a better outcome. The cost of this war — already exorbitant in its expenditure as it nears its nineteenth year — would continuously increase, in lives lost and funds spent. Beyond this, their sustained presence would send a negative message to both the Afghan government and the Taliban. To the Afghan state, it signals “that [the US] will back it despite the heavy costs and despite its inability to confront the corruption and ineffectiveness that fuels the insurgency,” further supporting their dependency on American forces. To the Taliban, backing out of a deal demonstrates a lack of credibility on the part of the US, a factor which could have consequences in the future as it places doubt at the heart of their relations. Even a demand to simply push back the deadline is likely to restart outbreaks of violence, as the Taliban has made it clear that this would be a dealbreaker for them.

Despite this, the United States is making military preparations; the Pentagon has asked for an “increase of US troops or a commitment of more air support from US Central Command,” ensuring that whichever decision is made is one that they are ready for. Further research by a Congressionally appointed panel, the Afghanistan Study Group, found that if the US does withdraw all its troops by May 1 instead of gradually, it could lead to a civil war between Taliban forces and the Afghan government. Considering that the country’s stability is already precarious, this could tip it over entirely and the already deficient security for civilians would become non-existent. The removal of the American military would leave Afghan forces without critical support and, in turn, citizens vulnerable to the capture and widespread torture carried out by the Taliban in secret prisons.

This possibility, as well as additional intelligence from American agencies, has given the current administration a rather conclusive view of the situation. President Biden announced recently, on March 25, 2021, his likely verdict regarding the military’s withdrawal. While the decision is not finalized, as of now his stance remains that “it’s going to be hard to meet the May 1 deadline” due to strategic factors regarding the physical act of removing the remaining troops. Nonetheless, Biden stands by his continuing belief that American forces should be taken out of Afghanistan and their involvement in this war ended, a view supported by his statement that he “can’t picture” troops still being in the region next year.