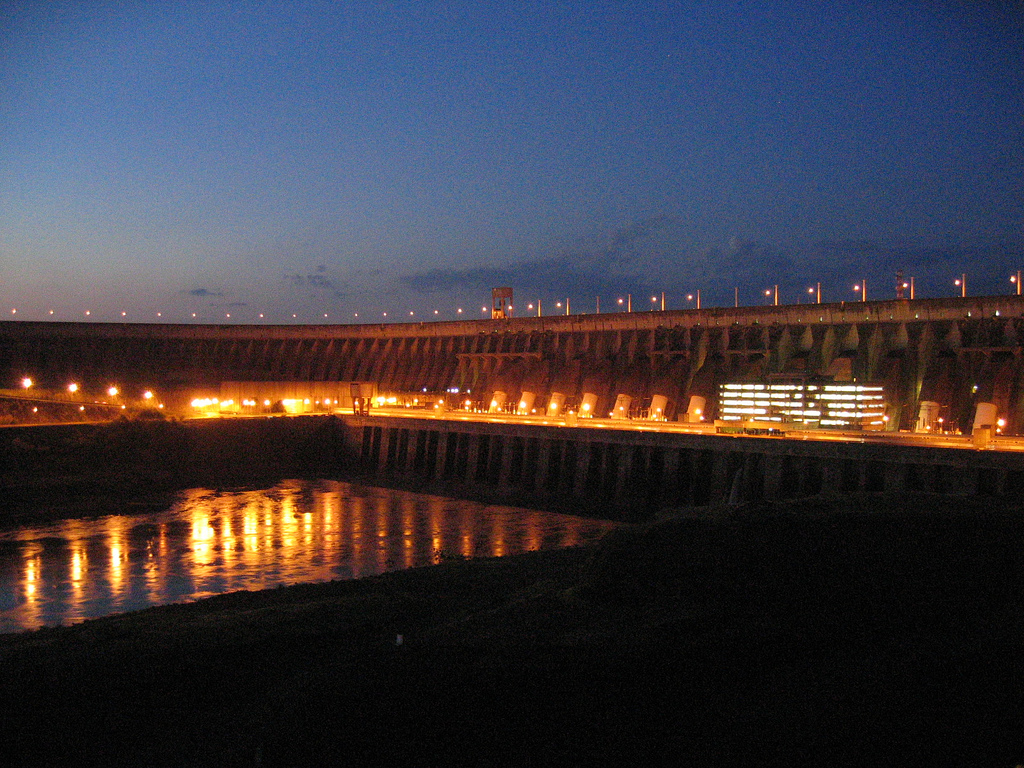 Author’s Note: I am currently working on my undergraduate thesis at McGill University. I chose to write about the large-scale hydropower industry and its related sustainability issues in Latin America by doing a comparative analysis of two large-scale hydro dams in Brazil and Colombia. This is a topic which I believe weaves together material I have learned in both of my majors, Environment and International Development, while focusing on my main area of interest. This piece is an adapted proposal for my undergraduate thesis. It offers some key background information on the matter.

A brief overview of large-scale hydropower and its impacts

Over 65% of the world’s electricity is generated by burning fossil fuels such as coal, oil, and natural gas, accounting for 25% of global greenhouse gas (GHG) emissions [i]. Electricity demand is on the rise and predicted to keep increasing due to population growth and improving living standards in developing countries. Non-greenhouse gas-emitting renewable energy is thus central to the transition to a low-carbon world economy [ii]. In accordance with their voluntary commitments to reduce carbon emissions under the Paris Agreement [iii] and the UN Sustainable Development Goals [iv], the governments of many developing countries are seeking to increase the use of renewable sources of energy to generate power.

The development of hydro-electricity is increasing particularly in Asia, Latin America, and Africa. First developed in the 19th century, hydropower is currently the most common form of renewable power and supplies over 16% of total world power generation, representing 71% of all renewable electricity generation. Hydropower makes a significant contribution to avoiding GHG emissions and mitigating global warming by preventing approximately 3 gigatons of CO2 per year that conventional coal power plants (totalling the same capacity) would emit, which amounts to 9% of global CO2 emissions. Nonetheless, there is still approximately 10 000 TWh/y of underdeveloped hydropower potential worldwide [v].

For instance, the construction and maintenance of large dams and their accompanying reservoirs causes large-scale deforestation, flooding, loss of wetlands and farmland, and the erosion of coastal deltas. Large dams may also result in mercury poisoning, which can lead to human illness and to the extinction of fish and other aquatic species [vi].

Hydropower generation is also not free of GHG-emissions. The main sources of emissions from hydroelectric generation result from construction of the facilities and decaying biomass from land flooded by artificial hydro reservoirs [vii]. Further, studies on the Congo River recently revealed that sediment and nutrient flowing in undammed rivers act as a carbon sink. Thus, the creation of large reservoirs and the obstruction of natural flow may to some extent negate the role of hydropower in reducing net GHG emissions.

Perhaps the most well-known adverse impact of major hydroelectric dams is population displacement and resettlement. Affected populations are typically poor and marginalized indigenous or cultural groups and most often do not benefit economically from the development of these projects [viii]. They are often considered victims of progress because these development projects bolster national economic development and access to electricity for more dominant and prosperous populations. Unfortunately, the displaced peoples struggle to re-establish themselves elsewhere and are rarely properly compensated, so their living standards deteriorate [ix].

For instance, it is estimated that the Three Gorges Dam in China forced 1.2 million people to relocate [x]. In India, a 2011 study estimated that of 50 million internally displaced peoples over the course of 50 years, 16.4 million people were displaced due to hydro dam development [xi]. Among those affected, over 34% were indigenous. Large hydroelectric dams also significantly alter river flows, which affects the livelihoods of people living downstream. For example, the rivers can dry out, reducing access to fresh water. Fishing can decline due to obstruction of fish mobility by dams, turbines killing or injuring fish, and decreased water quality.

Although the common academic discourse estimates that the GHG emission factor of hydropower is many times lower than that of fossil fuels [xii], other studies provide examples which disprove this. For instance, a study conducted on Brazil’s CuruÁ-una Dam calculated that in the 13 years after the reservoir was filled, it emitted 3.6 times more GHGs than would have been emitted generating the same amount of electricity from oil [xiv]. The emissions include carbon dioxide from the decay of the trees left standing in the filling reservoir, soft vegetation, notably water weeds which decay under the anaerobic conditions at the bottom of the reservoir, and vegetation that grows quickly in the drawdown zone [1] only to be submerged again when the water rises, thus decaying and forming methane. While some methane is released from the reservoir through bubbling and diffusion, most is released from water that passes through the turbines and spillway as these draw deep water where methane concentrations are highest [xiv]. According to the intergovernmental panel on climate change (IPCC), methane makes a significantly greater contribution to global warming than does carbon dioxide on an equivalent volume basis. This study essentially concludes that in tropical forest areas, GHG emissions from hydroelectric dam construction can be a significant concern[xiv].

Concerns about GHG emissions from large dams have been articulated in studies by other scholars in both temperate and tropical regions [xv], and many suspect that the environmental soundness of hydroelectric power may have been significantly overstated [xvi]. Indeed, in tropical regions, the global-warming impact of hydropower reservoirs may frequently outweigh that of fossil-fuel power stations with comparable generation [xvi]. Kate Horner, Executive Director of the environmental group International Rivers, warns that “there are a massive number of dams that are currently proposed to be built” and that “it would be a grave mistake to continue to finance those with the impression that they were part of the solution to the climate crisis” [xvii].

In a 2003 study conducted by the World Bank, environmental and social criteria for site selection of hydroelectric projects were deemed crucial in determining whether large dams in Latin America were ‘good’ or ‘bad’. It was concluded that good site selection was the most effective way to mitigate environmental damage. The paper proposes 13 quantitative indicators that can be used to ensure environmental considerations are incorporated in site selection. Nine of these particularly stand out in differentiating a good hydro project site from a bad one. Typical ‘bad’ large dam sites often involve a large reservoir surface area, significant flooding of natural habitat, a large river with significant vulnerable biodiversity, a shallow reservoir with a short useful life, few downriver tributaries (leading to the drying out of the river), potential water quality problems resulting from the decay of submerged forests, location in lowland or subtropics conducive to the spread of vector-borne diseases, and problems associated with floating aquatic weeds. On the other hand, a typical ‘good’ large dam site would typically involve a small reservoir surface area, low impact on natural habitats and wildlife, a small river with little biodiversity at risk, a deep reservoir with a long useful life (silts up very slowly), several tributaries entering downriver, little or no flooding of forests, location in high elevations or temperate latitudes not conducive to tropical diseases, and no aquatic weed problems. Generally, the least environmentally problematic hydroelectric dam sites are on upper tributaries, while the most damaging ones are on the large main stems of rivers [xviii].

Other studies focus on the social and health impacts of dams. Increases in vector-borne diseases tied to large dams and their reservoirs are documented throughout the world [xix]. For example, dam construction results in new bodies of standing water, which often serve as sites for the development of Anopheles larval, a mosquito which can transmit human malaria [xx]. On the hand, households living near reservoirs or downstream of rivers may lose access to river water, which “leaves communities with unsafe water sources” [xix] or affects their food security if they relied on the river for food sources [xxi]. Another issue related to hydropower is its catastrophic effect on population displacement. The World Bank estimates that between 1986 and 1996, 40 million people were resettled involuntarily due to large dam projects [xxii].

Besides the environmental and social impacts, economically, it is debated whether large hydropower development is viable at all. Some studies suggest that in absolute terms, large hydropower dams are too costly and take too long to build to deliver a positive risk-adjusted return [xxiii]. I would recommend a shift in renewable energy production towards solar or forms of less destructive hydropower like run-of-the-river dams. Decisions to build these types of power stations should always include complete and unbiased assessments of environmental, social, and economic impacts and benefits.

[1] The drawdown zone is the part of the reservoir area which is located between the high and low water levels. This area annually has both a period of inundation and a period of exposure due to the dam operation and annual rainfall (Winarto, 1997).

[xvii] Weiser, M. (2016, November 06). The hydropower paradox: is this energy as clean as it seems? Retrieved January 5th, 2018, from https://www.theguardian.com/sustainable-business/2016/nov/06/hydropower-hydroelectricity-methane-clean-climate-change-study