Is the Release of the Reuters Journalists Part of a Greater Political Game? 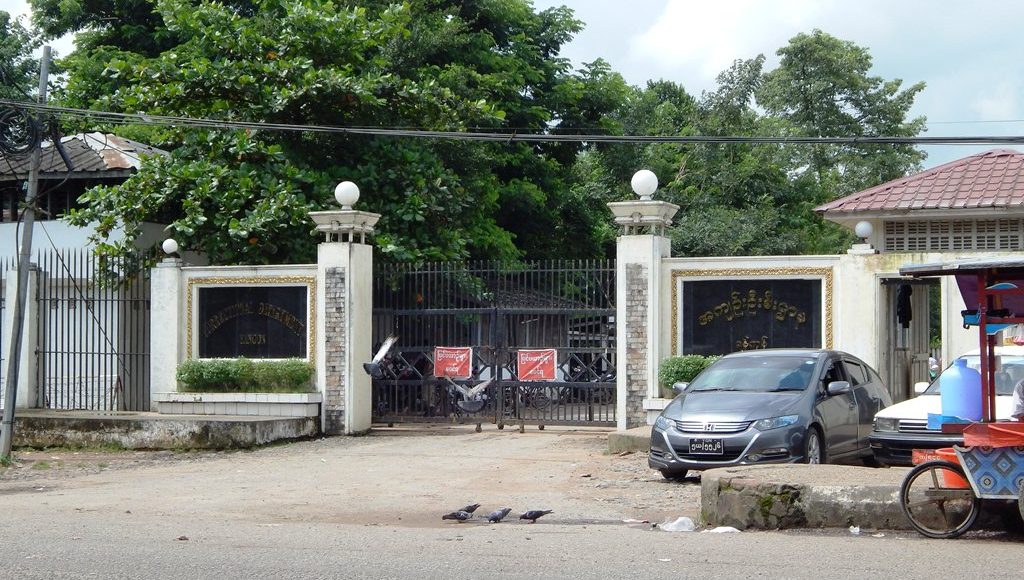 Mid-morning on May 7 it was announced that the two Reuters journalists, U Wa Lone and U Kyaw Soe Oo, who were imprisoned for over a year and a half for reporting on the atrocities committed against the Rohingya populations in Rakhine State in Myanmar, were finally being released. This came as a considerable surprise to most as, only a few weeks prior, the Myanmar Supreme Court refused the case’s final appeal and, during the Myanmar New Year, President Win Myint pardoned thousands of prisoners but made no mention of the Reuters journalists, leading many to believe that the two journalists would have to serve out the entirety of their seven-year sentence in the country’s infamously inhumane Insein Prison.

U Wa Lone and U Kyaw Soe Oo were arrested in December 2017 for investigative work they were doing regarding the killing of Rohingya men and boys in small villages across Rakhine state, particularly regarding one massacre of 10 Rohingya men and boys in the Inn Din village. They were officially charged under the Official Secrets Act for having “illegally acquired information with the intent to share it with foreign media.” The Official Secrets Act was drafted and passed in 1923 by the British colonial government as a misguided effort to prevent and punish treason within the divided nation during the colonial era. The Official Secrets Act gives significant powers to the “government” in determining what constitutes a secret and therefore who is guilty of sharing state secrets, with authorities even permitted to classify information ex post facto and then charge individuals retroactively.

Since 1923, the Official Secrets Act has been invoked numerous times— particularly while the military junta was in power between 1962 and 2011— to charge dissenters, political activists, and foreigners with ultimately false, trumped-up charges in an effort to suppress protests and retain power. The law is unquestionably a violation of freedom of speech and expression and its ambiguity and liability for abuse makes it inherently undemocratic. It was therefore surprising that Myanmar’s supposedly democratic branch of government, made up almost entirely by representatives from the country’s most liberal political party, the National League for Democracy (NLD), did not denounce the arrests of U Wa Lone and U Kyaw Soe Oo. In fact, Aung San Suu Kyi, the leader of the NLD and the country’s state councillor, almost seemed to defend the arrests by saying that “[the journalists] were not jailed because they were journalists, they were jailed because the court has decided that they have broken the Official Secrets Act.” In the same response, which she gave during an interview for the World Economic Forum in Hanoi in 2018, she continuously referenced due process and praised her country’s justice system, despite considerable evidence suggesting that both the country’s justice system as well as the government itself, is not only fundamentally unjust but wholly corrupt.

“There are of course ways in which, with hindsight, the situation could’ve been handled better, but we believe that in order to have long-term security and stability we have to be fair to all sides. We can’t choose who should be protected by rule of law,” (@TheGuardian)

Not only were the initial charges that were brought against the two journalists unfounded, misconstrued, and falsified, the supposedly “fair” trial they underwent was also plagued with tremendous breaches of justice. The two journalists were arrested following an orchestrated plot in which a police officer reached out to the two men, promising them secret military documents, and at the meet-up, proceeded to arrest them. The men were arrested on December 12, 2017 and were taken to an interrogation centre for three days, during which time they were blindfolded, forced to kneel in submission, and deprived of sleep. Their pre-trial began on January 10, 2018 and lasted until July 2, 2018, all the while the two men were held in custody. During the pre-trial, important documents mysteriously went missing, including notes that the arresting officer had made at the time of the arrest, and key witnesses refused to testify unless they were allowed to read prepared statements verbatim. On July 9, 2018, the two journalists were officially charged with violating the Official Secrets Act to which both men pled “not guilty.” Their appeal was denied, initially, by the lower court and, later, by the country’s Supreme Court, the nation’s final court of appeals.

The reasoning for the sudden release of the two journalists is unclear, though some presume it may have something to do with mounting international pressure against the Myanmar military, whose murderous actions in Rakhine state are now being labelled as a bona fide form of genocide by the United Nations. Unlike ethnic cleansing, genocide is one of the four prosecutorial crimes of the International Criminal Court (ICC) and as such has legal and criminal implications. Although Myanmar has not ratified the Rome Statute, the foundational treaty of the ICC, the court has managed to establish authority by focusing its accusations on the crimes being committed in Bangladesh, which is a signatory to the Rome Statute. Presently, the UN and the ICC have identified and accused six high-ranking generals in the Myanmar army of genocidal intent and action, and have begun a preliminary inquiry process to determine the subsequent merits of a formal investigation. It is unclear what an investigation and possible trial would signify and produce with regards to the military’s role in the Rohingya genocide, but due to the ICC’s fundamental reliance on cooperation between countries as a primary method of support and enforcement, it is understandable that, in releasing the two highly-acclaimed journalists, the military may be attempting to appear more sympathetic towards the international community.

While there is no sound evidence corroborating the link between the release of the journalists and the charges made against the generals, a connection between the two would make sense, given the rapidly growing pressure on the Myanmar government, particularly the country’s military factions, to put an end to the violence being carried out in Rakhine state as well as towards minority groups all around the country. Given the mass international publicity their case has drawn as well as their newfound celebrity status as Pulitzer Prize recipients, the Myanmar government may have seen the release of the two journalists as an opportunity to appear more sympathetic to democratic ideals as well as the demands and wishes of the international community.

While the long-anticipated release of the two journalists is undoubtedly a reason for celebration, nothing comes free in Myanmar. The military has proven time and time again, since they first rose to power in the 1962 coup d’état, that power is their only friend and ethnic and religious hegemony is their ultimate goal. The military, and by extension the entire government body which they continue to control, has continuously, and barbarically, chosen pride and violence over fairness and democracy. Unfortunately, optimism is a privilege that must be tried, earned, and proven. Faith in a system and in those who control the system is determined by history and, presently, in Myanmar, history suggests that relief surrounding the release of the two journalists, which should otherwise be a joyous occasion, must, unfortunately, be paired with a certain level of skepticism and anticipation for the quid pro quo that is likely to come.